“We saw an opportunity to create something that really set us apart.”
— David Munroe,
SVP/Danversbank

Noggin has grown to become the centerpiece of the bank’s brand, which features ironic and humorous Venn diagrams, pie charts and quirky messages — things not typically found in bank marketing.

Work on the Danversbank brand got underway in January 2009, and Noggin made his first debut a few months later.

“What we tried to do once we came up with the brand position was to integrate it into everything,” said Dave Munroe, SVP/Director of Marketing at Danversbank. “It really does reflect the personality of the people who work here.”

“We saw an opportunity to create something that really set us apart,” he said.

“Now our employees channel the Noggin character,” Munroe said. “They wonder, ‘What would Noggin say?’”

The agency behind the Noggin concept, Fort Franklin, was showered with advertising awards for its work on the Danversbank brand. Fort Franklin has since been acquired by Connelly Partners.

Danversbank itself has also merged. In January 2011, People’s United announced it was buying the Boston bank as part of an on-going effort to expand its presence there.

The bank has nearly doubled its assets in the last few years. At the time it was acquired, Danversbank had around $2.7 billion in assets, 28 branches and 375 employees.

“Fort Franklin’s creativity and nontraditional approach is what attracted us to them. We wanted our advertising to better portray the bank’s personality, and there is no doubt that Fort Franklin has helped us do that—and to really stand out

It is unclear whether People’s United, whose brand is decidedly more traditional and subdued than Danversbank, will adopt the Noggin identity or phase it out. Hopefully this won’t be the swan song for Danversbank’s fresh brand image. 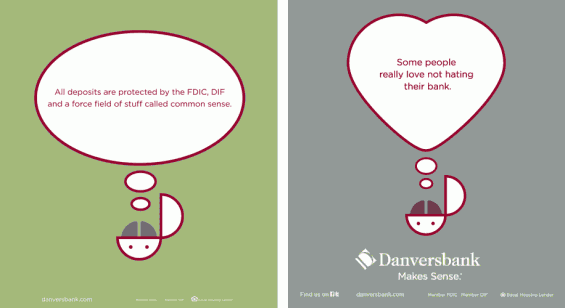 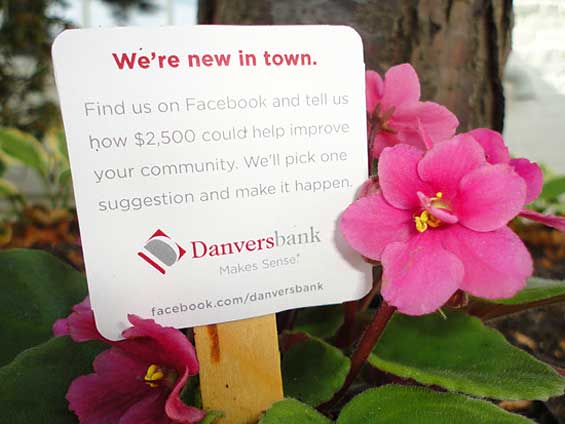 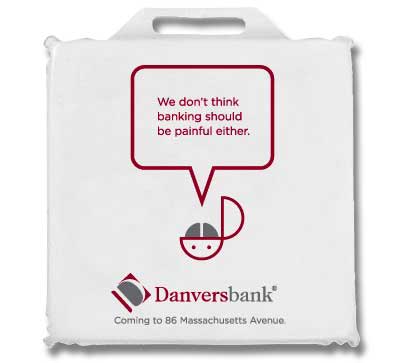 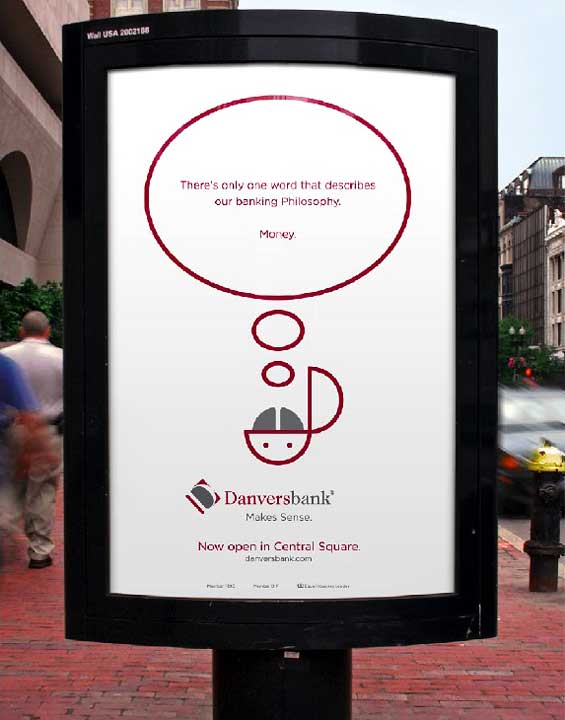 Sensors trigger a “cha-ching” sound effect whenever a person walks by the posters. 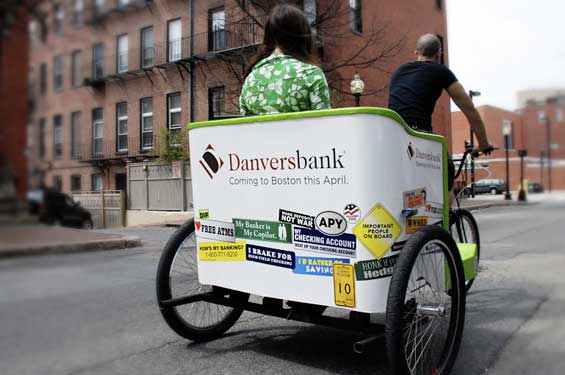 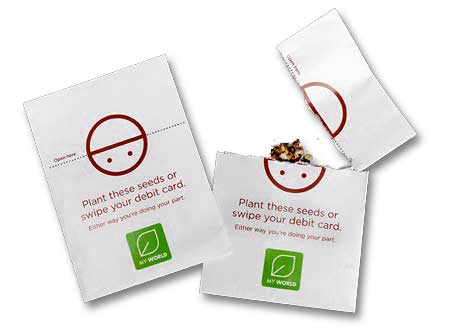 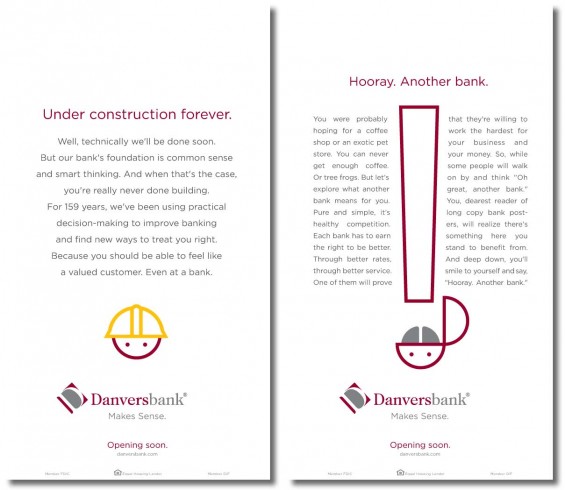 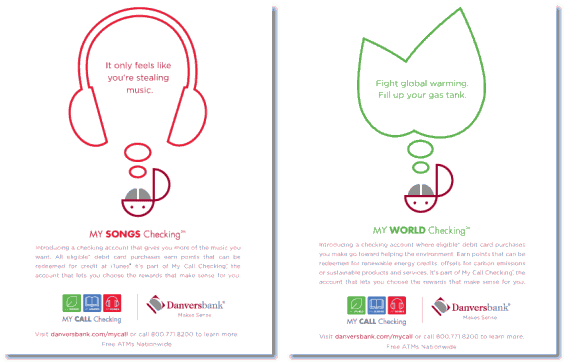 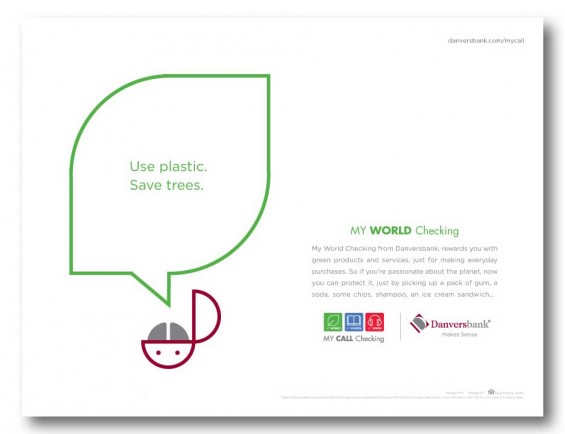