[Note: There is an Update at the bottom of this article.]

A credit union employee with a fetish for female toes is putting voyeur videos of members and coworkers — all women wearing open-toed shoes — on YouTube.

The Financial Brand first learned about this series of shocking and offensive videos when one popped up on an automated Google Alert for “credit union” + “YouTube.” Someone under the YouTube handle marajohn1123 had posted an odd video of a female credit union co-worker’s toes. When a similar Google Alert was triggered for another video, this time of a member’s toes, it was clear that a credit union somewhere had a serious problem with a serial voyeur.

On the user’s YouTube channel (now closed), there were over 100 videos of women’s feet, all shot spycam style without the knowledge and approval of the victim. Based on information revealed in the videos, the videos were likely shot in and around a suburb of Atlantic City.

The credit union employee appears to be a loan officer or similar member service rep, but that doesn’t stop him from leaving his desk to film members’ toes at the branch ATM.

This is perhaps one of the scariest scenarios a bank or credit union could face in social media: a rogue employee exposing sensitive and/or harmful information through social channels. One unfortunate credit union is now subject to all kinds of legal, criminal, financial, privacy and reputational risks.

Anyone running regular YouTube searches for “credit union” would have found these videos, including managers at the credit union this guy works for.

Key Questions: What can be done to prevent this kind of problem? Should financial institutions develop policies concerning use of smart phones — e.g., should they kept above tables, always in plain view and never used to video anything ever?

In one video, the perpetrator reveals his name. He and the member are discussing a pending car purchase when he phones the auto dealership, “Hey Vince, this is Marcus. Me and Tatiana are both here.”

A number of tattoos on Tatiana’s right foot are clearly identifiable.

Whatever Marcus is up to is possibly illegal and definitely creepy. 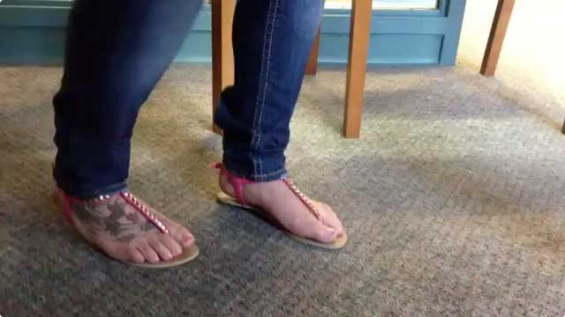 Key Question: What else has Marcus filmed? Why should we believe he draws the line at toes?

In another video, Marcus accidentally allows the local area in which he works to be revealed. In a tape conversation, the member says, “There’s a new [inaudible] Dress Barn that’s opening up on Hamilton Commons like right near the movie theater [inaudible] and she’s trying to get me there.” In the video, you can hear Marcus agreeing as if he completely understands the area the member is describing. 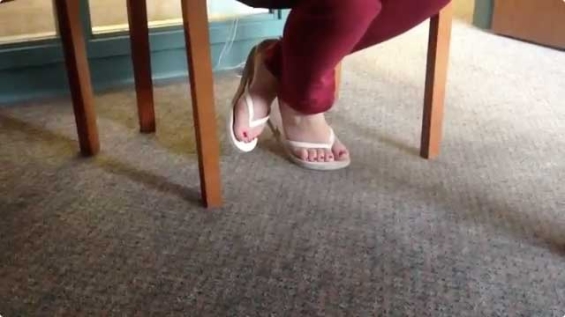 Bottom Line: As managers, we need to keep an eye on how people (both employees and the general public) are use their mobile phones in branches, particularly in this day and age when anything and everything — literally… everyyyyything — can wind up on YouTube. As individuals, we need to be aware of how others are using their phones around us, and realize that someone who appears to be toying with their phone may indeed be filming something you don’t approve of.

Update (May 5, 2012): The Financial Brand has called numerous credit unions in the area around Atlantic City in an unsuccessful attempt to locate Marcus. The Financial Brand has also sent several messages to NJ credit unions and other CU industry insiders to no avail. It is entirely possible that Marcus works/worked at a bank and posted the videos as “credit union” to throw anyone off. Indeed, some of the videos he shot at work were marked “bank,” but most were labeled “credit union.” The YouTube channel Marcus created was closed by the user, likely in response to this article, as YouTube alerts users when videos are embedded elsewhere on the web.