Sparkasse, one of the largest banks in Germany, recently produced an extremely engaging and creative out-of-home marketing campaign. They spelled out messages using coins at the bottom of wishing wells. They messages said things like, “Wishes? Rather invest your money safely.” 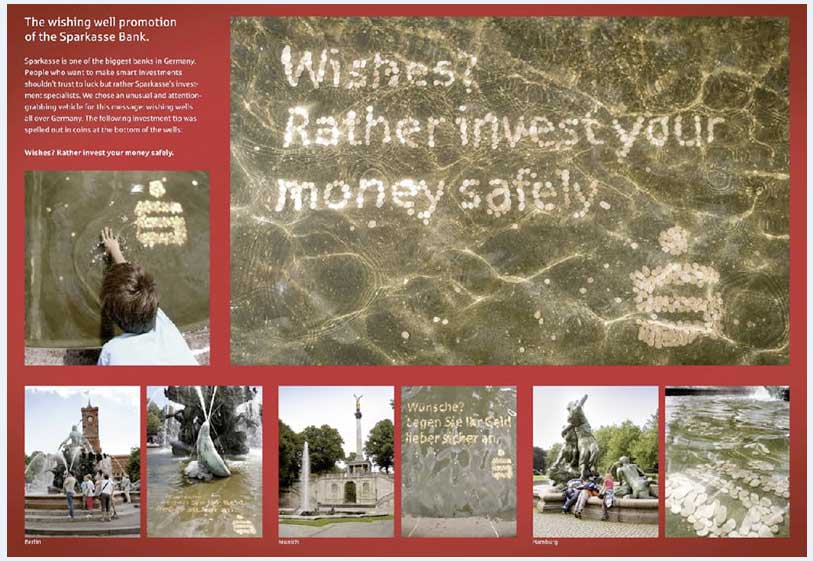 For Valentine’s Day, the bank sold plush dogs from Build-a-Bear Workshops for $28, then donated the net proceeds to local animal shelters. This is an unusual promotion combining a whole bunch of things unrelated to banking. 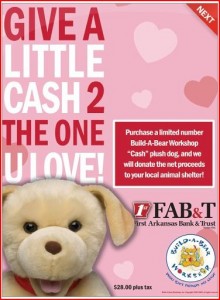 They built a plastic world to show how a lot of people have been burdened by those tiny little plastic cards they carry around in their pockets; the debt of our purchase weighs us down like a monkey (or vespa) on our back.

It’s not likely that most people will be able to decipher the creative message encoded in this complex visual. A catburglar suspended from the ceiling tries to steal a diner’s credit card. The copy says, “Standard Bank’s Chip & PIN technology gives you the power to protect yourself from the criminals who might not look like criminals.” How? 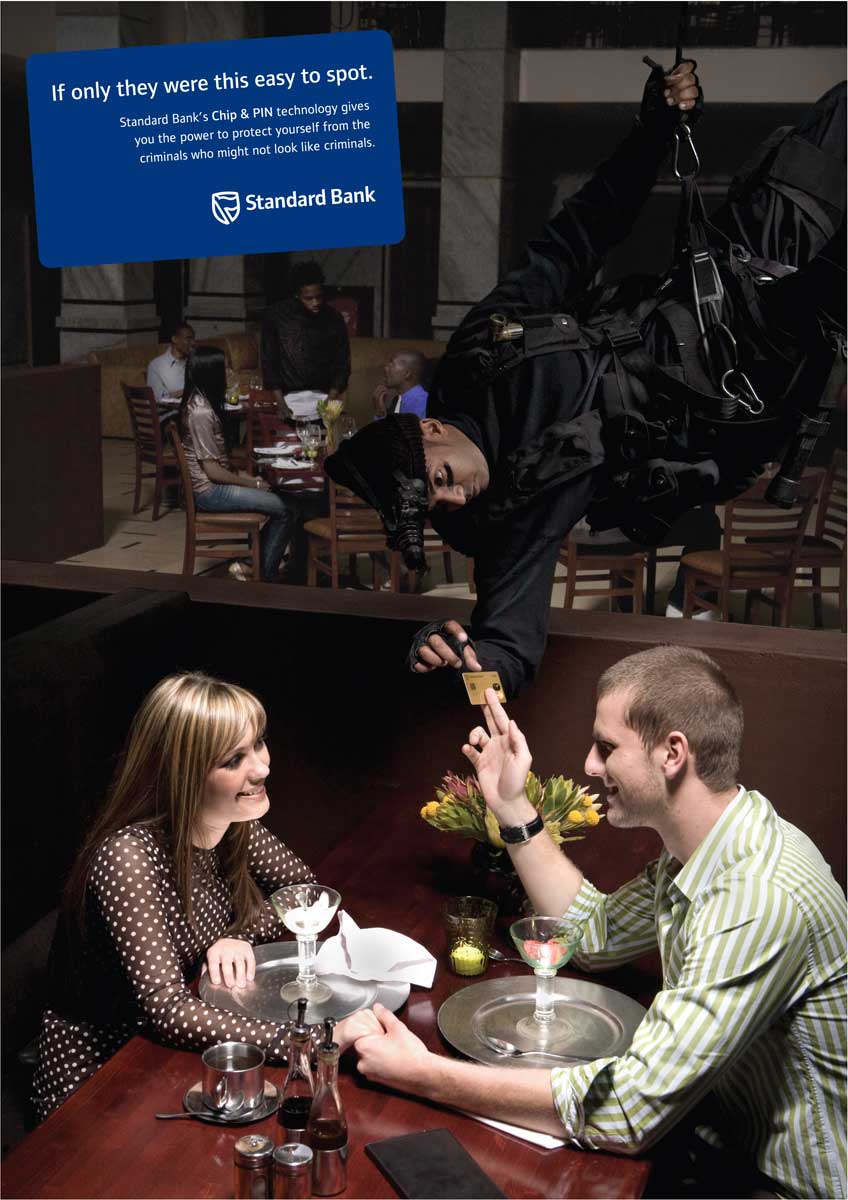 26 credit union band together to create these image/awareness ads. Produced by Craig Loo at Beyond Marketing. 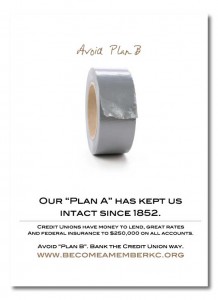 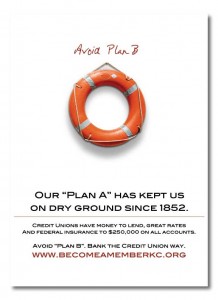 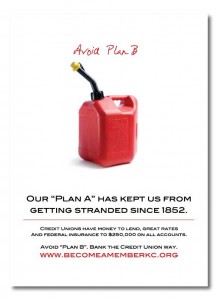 Before USA Credit Union got merged away, they sent out a clever direct mail promotion including real live seeds that would purportedly grow “money trees.” What kind of actual plant or tree the seeds sprouted is not known. 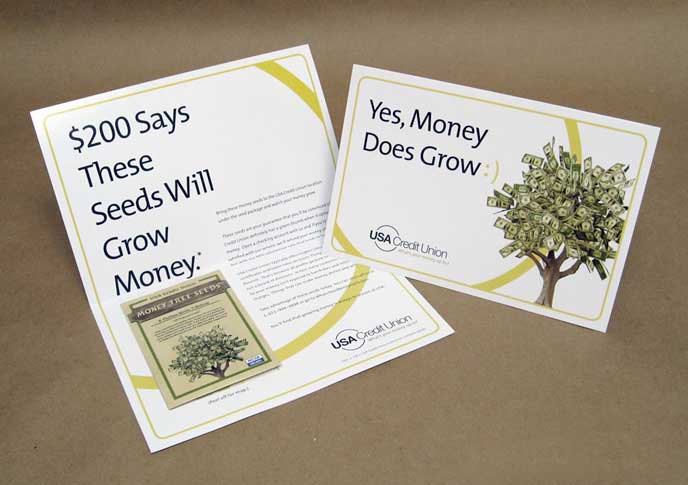