Immediately before the Colorado Rockies play their home opener today, a biplane will tow a 30’ by 115’ about 1,000 feet above Coors Field. The banner reads, “This is the closest thing we have to a private jet.”

The message FirstBank wants to send: “We’re conservatively run. We have not received bailout funds. And we’re managing just fine, thank you.” Corporate jets are a punchline — an iconic symbol for extreme capitalist indulgence. 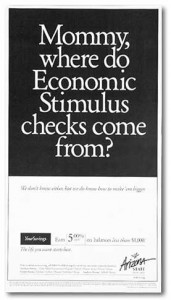 This is a photo of a backlit poster in the Philly airport. Is your switching process as easy as this? For that matter, is Schwab’s? 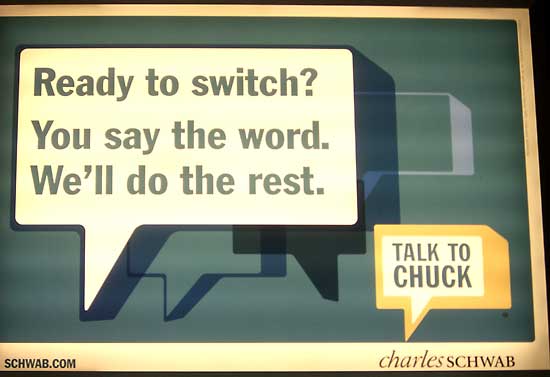 The bank touts its five-star safety/soundness rating from Bankrate.com in this brand ad. 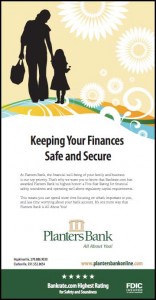 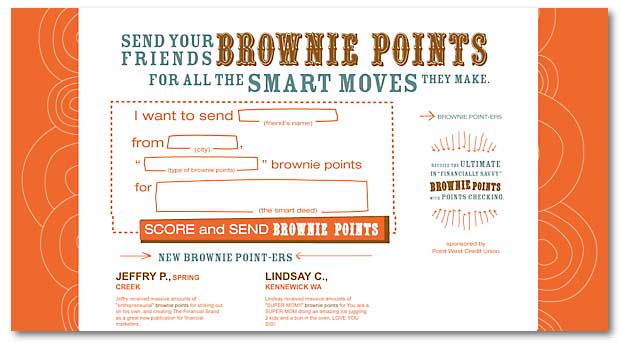 Here’s how it works. At the campaign website, fill out a form to send Brownie Points to friends who you feel have “made a smart move.” Point West then sends out an email to your friend alerting them to the Brownie Points they’ve recently been awarded. With those points, your friends can either A) get a free brownie at a local bakery, or B) get a better rate on CDs or loans at Point West. Plus, the sender of the Brownie Points gets a brownie as well.

This campaign has been running for about a year and a half. 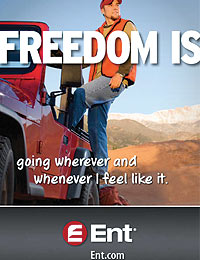 The ever-fearless Stuart Perlitsh, CEO of Glendale Area School FCU, is back. This time, he’s taunting regulators with a banner that reads, “Just say no to bailout banks. Bank responsibly.” Last time, Perlitsh got into some hot water with the NCUA after including Bauer Financial ratings for some of his competitors in the credit union’s newsletter. The insinuation was that he was safe and other financial institutions aren’t. NCUA said that was a no-no. Does this banner cross the line? The Financial Brand says “no, it doesn’t.” But what do you think? 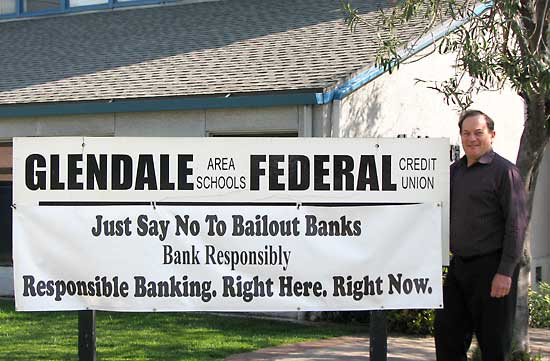