This interesting site aims to unite local community banks with credit unions against the menace of big banks. Headlines include “FDIC sells Texas back to Spain,” and “Out of town banks lose $3.7 billion.”

For carrying such a decidedly pro-bank tone, it’s surprising that the site seems to be entirely sponsored by Texas Dow Employees Credit Union (TDECU). 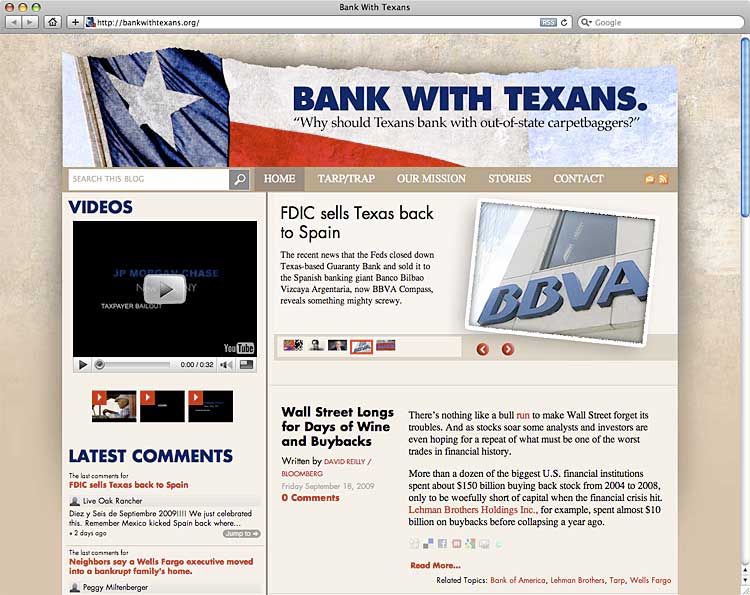 A clever billboard spotted in Las Vegas, where comedy duo Penn & Teller has a show. 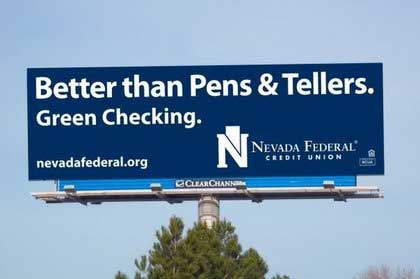 The concept for this series of ads and billboards hopefully requires no explanation. What do you think: Is the artwork overwhelming the message without adding proportionately to the concept? Or is it a clever and creative way to reinforce the key takeaway that 1st Bank is the obvious choice? Agency: TDA Advertising & Design. 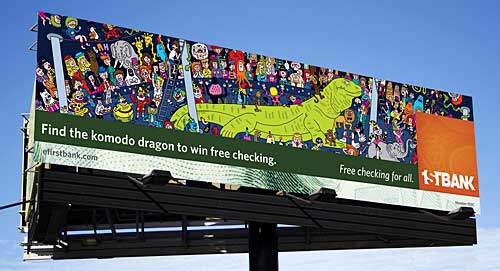 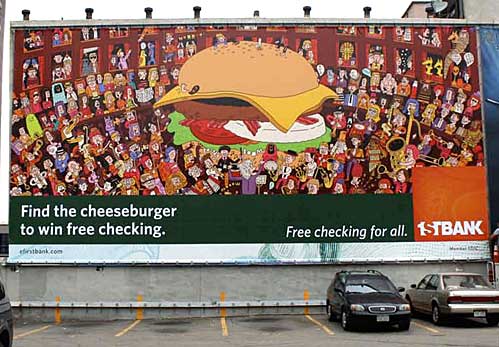 Third Degree Creative produced this fun member referral promotion. One lucky member can win $400 in groceries for themselves and the person they refer. The mailer is cut like a grocery bag. Neat. And the free-standing display has slots in which real groceries can be placed. 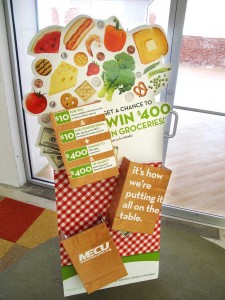 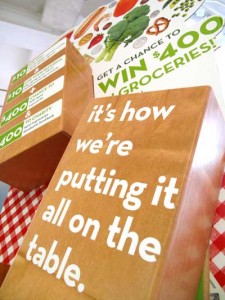 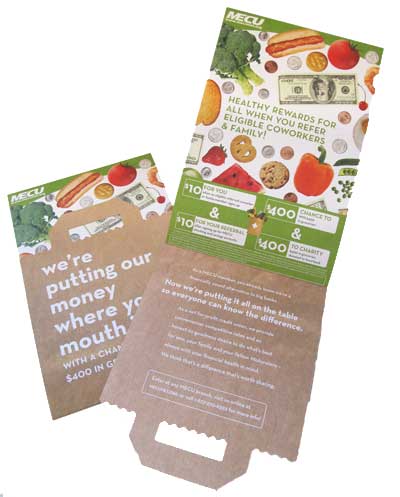 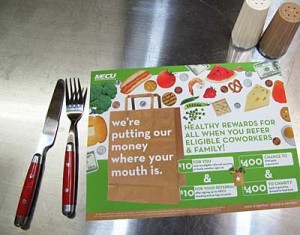 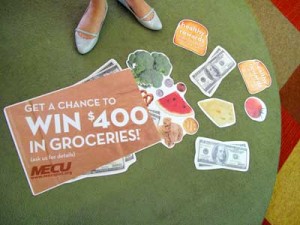 A simple microsite from a community bank targeting Gen-Y/college students. 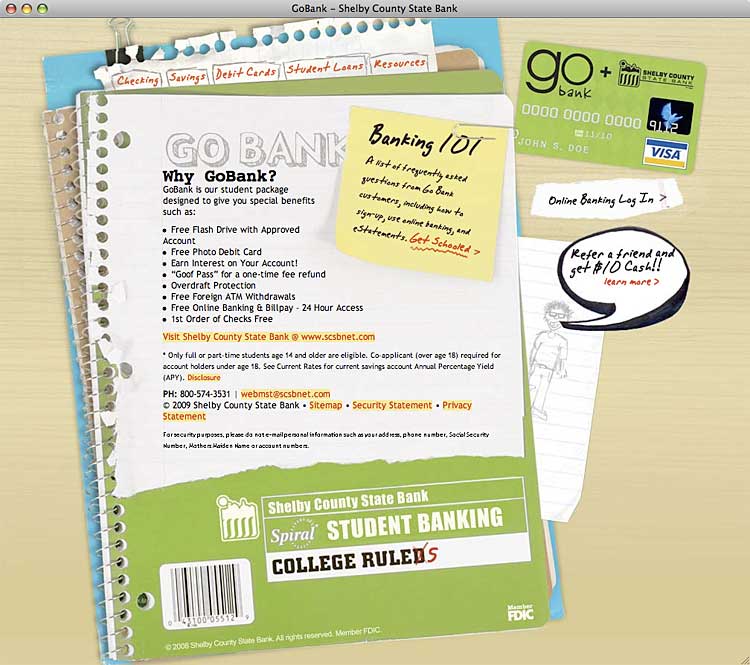 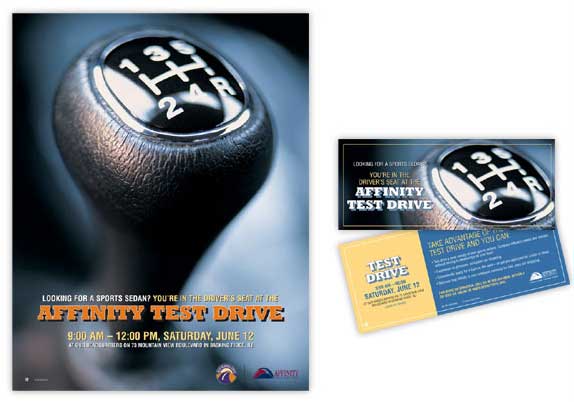 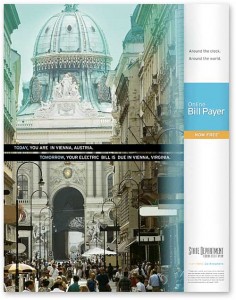 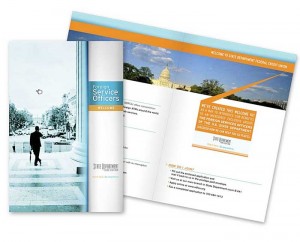 An attractive branch on the Microsoft campus in Redmond, WA. 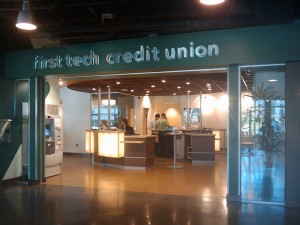