The World Retail Banking Customer Experience Index, a report from Capgemini, UniCredit and Efma, is a thorough, 44-page examination of critical brand-building issues facing financial institutions around the globe. The report, now in its eighth year, offers insights into switching triggers, satisfaction levels, the customer experience and the role of branches.

Despite that 36% of Americans said they don’t trust the banking industry, these low levels of trust have minimally impacted customer satisfaction levels. Only 3% of customers were dissatisfied with their own primary bank. A surprising 73% said they were satisfied or very satisfied — that’s 14% higher in the US than the worldwide average of 59%.

As Ron Shevlin, a Senior Analyst with Aite, phrases it, “people don’t trust banks in general, but they trust their own bank.”

Capmengi built its global banking “Customer Experience Index” from data captured through surveys involving 14,000 bank customers in 25 countries. The survey queried customers along 80 different data points about their general satisfaction with their bank. The study specifically explored the importance of different channels for various types of transactions and products. 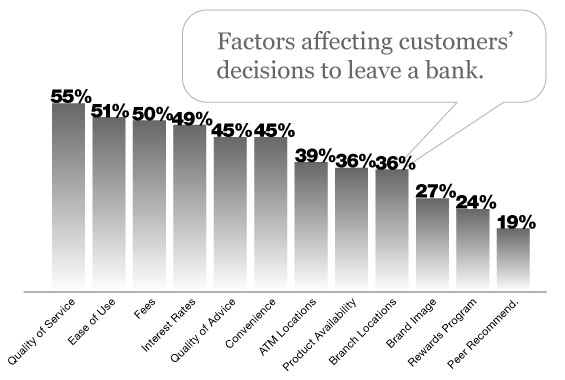 27% of customers said their bank’s poor brand image was a major factor influencing their decision to leave their bank. At the top of the list was — predictably — the quality of service the customer received, with 55% citing it as the #1 reason. The takeaway, according to the study, is that banks need to concentrate on their customer service in order to compensate for banking industry’s negative image.

Notably absent from the study’s list of switching triggers are life events such as “moving to a new area” and “divorce.”

The study found that customers in every region rank branches and the internet as the most important channels, but customers are largely not receiving positive experiences through those channels.

“Most retail banks across the globe have struggled to define and produce consistent and differentiating customer experiences.”
—2011 Retail Banking Report

“Customer satisfaction in isolation does not provide critical insight into what customers consider important, and may cause banks to overestimate their ability to drive customer loyalty and retention,” researchers wrote in their report.

Banks in the US were the most successful in delivering positive experiences along the most important customer levers, achieving 53%, followed by India with 50%. Banks toward the end of this spectrum scored as low as 15%. 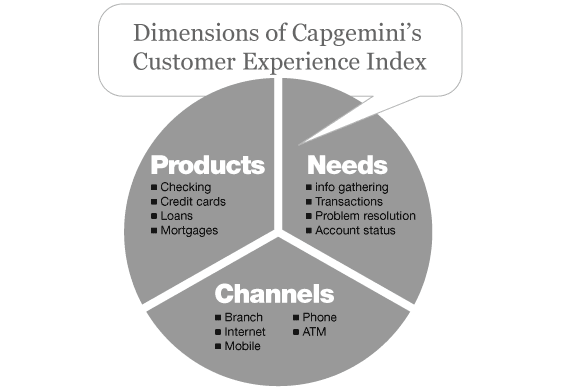 The study also revealed that branches remain important to customers despite the growing popularity and availability of other banking channels. Customers still consider the branch one of their top channels for banking matters, preferring face-to-face interactions for the perception of a higher quality service experience. Customers increasingly view the branch as fulfilling an advisory role, though they still use the branch to carry out basic financial transactions.

“Though the branch remains a favored channel, it cannot persist in its current form due to high costs and changing customer preferences,” the report said. “To be profitable and remain relevant, banks need to reevaluate their current branch channel strategies.”

The full report details a case study for each of these models. The report warns that a lack of multi-channel sales and service strategies means customers cannot easily move from one channel to another during different stages of the sales cycle.

Researchers noted that banks are redesigning branches in response to evolving service expectations. However, they also said that any radical repurposing of the branch will be difficult to achieve.

“Clearly, branches still play a major role in a multi- product, multi-channel retail banking environment,” the report concludes. “Exactly how that role should evolve will differ bank to bank — depending on careful analysis of each bank’s customer base, including demographic shifts, regional expectations, and channel preferences.” 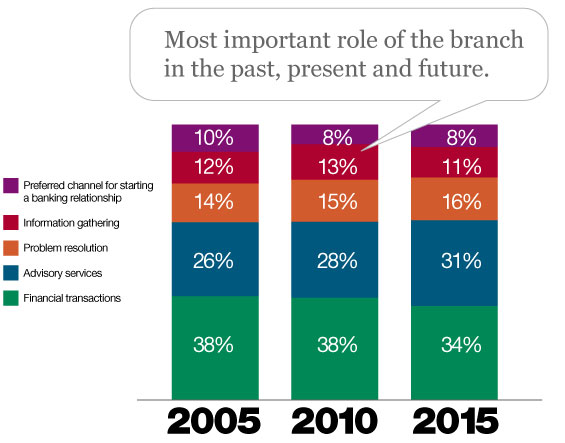