By Kelley Parks, creator of gira{ph},

Call Federal Credit Union had reached nearly 90% of its potential membership. Growth had slowed from about 9% a year down to 1-2% per year. We opted to add several underserved areas to our field of membership, giving us access to over 500,000 potential members. Before launching into these new markets, we decided to rebrand the credit union. We wanted to define who we were union and how we wanted to be perceived by members and future members. This was a perfect opportunity to reevaluate our positioning.

We conducted surveys and focus groups with members, asking them what they loved about the credit union. We also conducted similar research with staff. Members overwhelmingly described Call FCU as friendly and bright, yet the credit union’s existing brand image didn’t reflect that spirit. The most profound aspect of the research was the stories the members told. Many said the credit union had assisted them through some point in their life, such as helping them through a divorce or purchasing their first home. These were moments where members overcome an obstacle.

“To empower our members to become the heroes of their financial lives.”
— Call FCU Vision Statement

From this research came Call FCU’s vision statement, “To empower our members to become the heroes of their financial lives.” We decided our brand should be about empowerment, and portray the bright, friendly, caring nature of our employees. We wanted to empower our members to live better lives as a result of their relationship with the credit union. Everything about Call FCU comes back to this.

Call FCU created a list of action verbs captured what the credit union did best, then associated each verb with a color. Each verb+color became a component of the symbol in the new logo — what Call FCU calls its “doodad.” The logo can be viewed as a circle of six lowercase letter “i’s.” Each “i” (and color) in the logo represents the different aspects of one’s financial life. And it also represents the members putting their heads together in a union – a credit union. 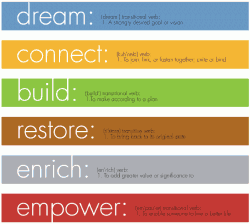 Let’s face it. As an industry banking has become a commodity. It’s just another chore in our peoples’ lives. At Call FCU, we decided this was cause to look at examples of companies from other industries that have been successful in their branding.

We found that strong brands have icons and give life to their brand through a personality (think “GEICO Gecko” and “Energizer Bunny”). Call FCU wanted a mascot that would connect members to the credit union — a symbol of empowerment, the embodiment of our brand. So we created iDude.

iDude the lowcase letter “i” that pops out of the Call FCU logo. He’s kind of like a superhero who stands for empowerment and says things like “i can do anything.” He lives on the Call FCU website, and members can interact with him. You can ask him questions and he changes color based upon what what area of your financial life and you ask about.

The credit union had a professional mascot costume created so that iDude could roam about the community. We even chronicled some of his adventures on his blog: “i can do anything, mI adventures as a credit union mascot.”

We wanted to make sure that the brand was living through every touchpoint. This not only included our collateral and signage, but also the look and feel of our branches. And many of our branches were beyond ready for a new update. We also created a new branch branding concept for all future branches.

A microsite for the promotion allowed visitors to send in their own photos of themselves in locations around town.

A second site, “I luv Cabarrus” was also created for a second market area. 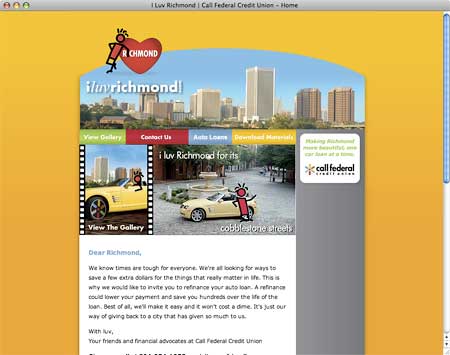 iLuvRIchmond.com
A unique approach to a microsite that promoted Call FCU’s
civic pride and linked the credit union to the community. 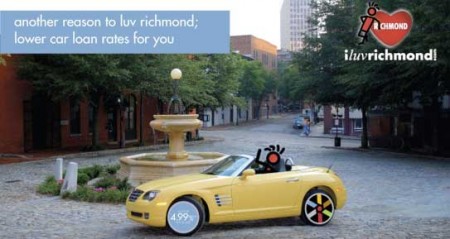 Building the Brand From the Inside Out

How you look on the outside is important, but even more important is your internal culture. Call FCU launched an internal program where staff were given incentives to volunteer in the community and help other goals that relate directly to the brand. It was called SMORS, which stands for “Staff Mission Ownership Reward System.” The program tied specific goals to each of our verbs. If staff accomplished them and lived out the brand, they receive a percentage of their salary in the form of a bonus.

No one made the fast rule that banking had to be boring. There’s an aching need for it not to be.

As managers, we spend a lot of time trying to figure out salaries and benefits. But the truth is that no one enjoys their job because their employer offers a great HMO. People want to work in places where they can connect with something greater. 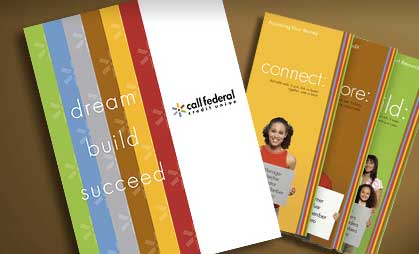 Call FCU partnered with credit union branding and design firm iDiz. Call Federal wants to empower their members to be the heroes of their financial lives. With a mascot called “i-Dude” and a motto of “i can do anything,” their logo became a reflection of that brand. 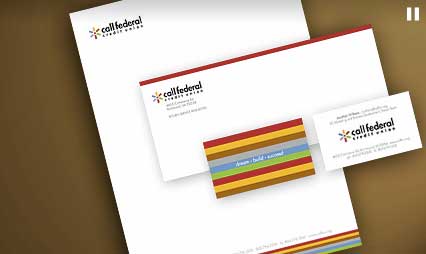 A palette of different colors were selected to represent the active verbs that build upon that brand – empower, dream, connect, enrich, build, and restore – and are reflected in their logo and stationary, with brochures and collateral to match.

EARLIER CAMPAIGN SETS THE STAGE
Call FCU’s “Be the Office Hero” promotion which ran just prior to the rebranding initiative. Call FCU carried the fun, guerilla, youthful nature of the campaign into its rebranding efforts. 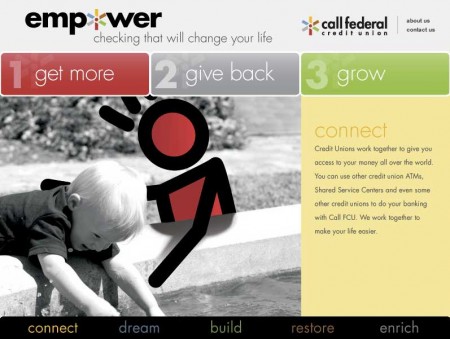 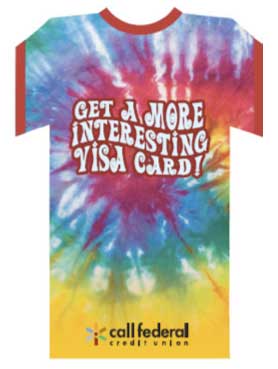 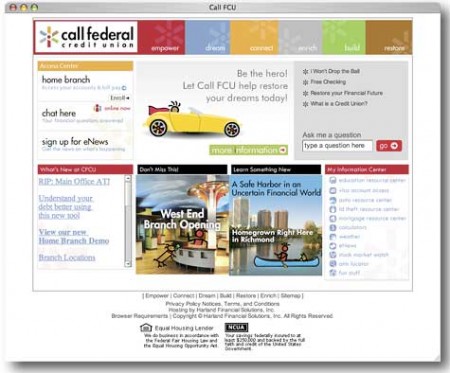