C1 Bank is offering a free Mercedes-Benz to customers depositing $1 million into a unique five year CD the bank is promoting. Qualifying customers will receive their brand new Mercedes-Benz as pre-paid interest. 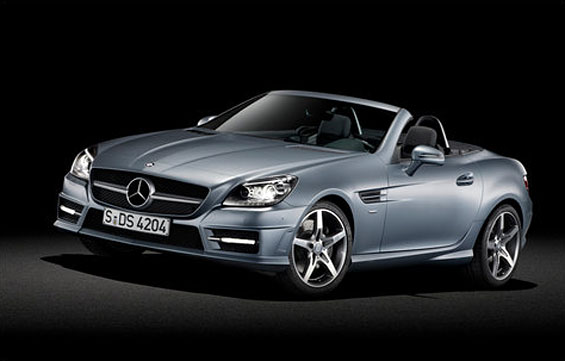 The unique CD offers a 1.20% APY, yielding pre-calculated interest that would amount to a $61,294 advance payment. C1 Bank is only allowing the prepaid interest to be used towards a purchase of a new Mercedes with an MSRP of $59,585. They are throwing in all the taxes and license fees (worth nearly $5K), and knocking $3K off the package, so it basically works out.

It’s a pretty deft deal, all the way around. The dealer can move expensive cars with wholesale volume, so they can afford to give the bank discounts. Because of the dealer discount, the bank can afford to offer customers an effective APY greater than what they normally could (perhaps the difference between 0.75% and 1.20%). Right now, C1 has nearly everyone beat by at least 0.15% APY on a 5-year CD. And the CD customer benefits by receiving all their higher interest rate paid up front — a free car — instead of having to earn it slowly over time.

Key Questions: Why does C1 Bank want deposits? What will they do if they get 20 takers… and $20 million in deposits? Are they investing in T-bills? Do they need money to lend?

It’s a radical concept; probably not the first in the financial industry, but it turns the CD value proposition on its head. It’s like loaning someone $1 million dollars, except instead of the guy paying you back with interest five years from now, he’s giving you his brand new Benz up front today. It raises interesting questions about the time-value of money, interest rates vs. inflation rates, and the depreciating value of physical assets such as cars.

Of the CD promotion, C1 Bank CEO Trevor Burgess says it is “thrilling to change the game with the instant gratification.”

He sure hit a nerve there. That’s what makes this CD product so revolutionary: the concept of instant gratification. No one likes waiting for their money to accrue interest. It’s boring and “responsible,” so no one likes doing it.

The instant gratification CD is a good idea for financial marketers to tuck away. Save it for when your bank or credit union needs deposits, because that day will come again (as unlikely as that may seem sitting here in 2012). This could be a particularly deadly approach to take with the next generation of CD investors — Gen-Y, also known as Gen Now.

Just remember: The pricing on this kind of CD doesn’t wash out if you offer people prepaid interest in the form of cash. It only works out when you are able to offer a commodity or service you obtain at a wholesale discount. To make the offer as appealing as possible, using highly desirable items (e.g., luxury goods and destinations) is a smart strategy. Entice consumers with something they desperately crave and would value/covet, but would not usually buy for themselves.

The Icing on the Cake

What makes C1’s Mercedes giveaway extra savvy is that is was timed to perfectly coincide with a name change. They previously bore the rather bland and undifferentiated “Community Bank” as their moniker, switching to the much more unique alphanumeric C1 effective May 1, 2012.

While news outlets would barely give notice to a bank changing names (it happens all the time, right?), the media will descend on a story about a free Mercedes with mad furor. The bank could have pumped out one press release after another… one customer letter after another… and still they wouldn’t have yielded a fraction of the communications value that their cleverly crafted CD promo will yield.

It’s brilliant. In fact, any bank or credit union that needs to draw attention to itself should consider using a similar promotional gimmick. Many announcements from financial institutions can be excruciatingly dull, but you can really spice up a PR story with a giveaway (preferably tied to a product promotion) dangling some blingy pizzazz.

As part of the new direction for the brand, C1 will be using the slogan “Customers 1st. Community 1st.” The tagline pays homage to the bank’s old “Community” name and focus, while also providing context for the “C” and “1” in the new name. It’s another smooth move on the bank’s part — honoring the old while explaining the new — but it begs a question: Where do shareholders fit in? Aren’t they also 1st? (Maybe C1 is privately held, so it doesn’t matter?)