Rationale: Two Australian credit unions merged back in 2009 to create a goliath, the country’s second largest CU with 350,000 members and $7.4 billion in assets. They said that a new entity deserved a new name. They also told members that a name change was necessary in order to appeal to a younger audience and attract the next generation of members.

Analysis: When two organizations of similar size merge, they will frequently agree to pick a new name. This way, constituencies at both organizations — management, employees and customers — don’t feel like one isn’t taking over the other. 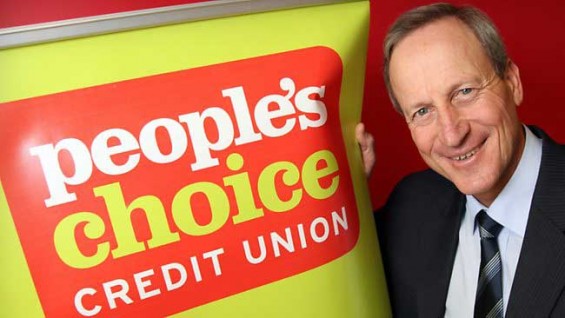 Spanish out, English in to attract non-Hispanics

Rationale: The Puerto Rican banking giant found that when they tried to break in to US markets, it discovered that consumers struggled with the Spanish name. The feedback they got was, “I think you are going after the Hispanic market, and I’m not Hispanic so this bank isn’t for me.”

Analysis: The transition from “Banco Popular” to “Popular Community Bank” is one that is linguistically, visually and strategically logical. You’ve got to wonder why they didn’t do this years ago, perhaps back in the 60s or 70s when the bank opened its first US location. Now let’s see when they’ll do something about that ridiculous logo.

The bank says they didn’t lose any Hispanic customers through the name change. They also say that accounts opened by new Hispanic customers have been, on average, 10% larger than with the old name. Balances jumped 25% for non-Hispanic new customers.

French for ‘money,’ Latin for ‘silver’

Rationale: The credit union says a name change was necessary to “better reflect our overall membership which has evolved over many years.”

“A name maintaining affinity to DuPont was desired,” the credit union explained. “Since the DuPont name is French, ‘argent’ — a French word that means ‘money’ — was a natural connection.”

Analysis: The credit union has a community charter for the Greater Richmond, Virginia area, so it makes sense to dump “Dupont Fibers” if they want to attract a broader audience. The old name was too restrictive.

The Argent name is a sound choice for a financial institution. It’s short and conveys strength, making this credit union of only 21,000 members and $200 million in assets sound bigger than it is.

And while the word “argent” may have a financial connotation in French, it doesn’t really make a connection back to DuPont.

The Maine issue is purely semantics

Analysis: Huh? How does swapping the word “The” in for “Savings” emphasize this bank’s “local roots?”

Rationale: As the bank expanded into other states (such as nearby Wisconsin), they felt the Michigan name wouldn’t be well received.

The new Talmer moniker is a coined derivation of the names of the grandfathers of the bank’s founders: Mr. Talmage and Mr. Merzon.

Analysis: The story behind the name is strange. We’re not talking about the founder’s last names. We’re talking about their grandfathers. And apparently the founders’ grandfathers never met — one was a missionary in Asia, the other a prominent lawyer for the underprivileged — and had nothing to do with the bank’s history. As obscure and random as the explanation may be, at least it does give the bank a story behind the name it can tell. It’s fuel for a conservative, legacy-based brand image, but is it too “old” and stodgy? 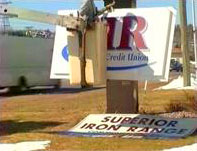 Rationale: The credit union said it wanted to simplify and shorten their name to “make it easier for members and vendors.” They said most people already abbreviate the name anyway.

Analysis: Is this a name change? Not really. Switching your name to its acronym is so easy, it’s almost a cop-out. The acronym is pronounced “sir,” making it something they could have a lot of fun with in their marketing. Good thing it isn’t pronounced “S-I-R” (ess eye are), then it would be just another jumble of meaningless initials.

Rationale: The credit union dropped “teachers” from the new name because even though educators make up a large part of its membership, many Memphis residents meet the eligibility requirements to join.

The credit union said the Orion name was selected to serve as “a metaphor for an entity comprised of many individual parts combining into a more exciting whole.”

Analysis: Surprisingly there isn’t another “Orion” bank out there already. It seems that a name like this would have been taken, but apparently not.

Mustering the mettle to pick Alloya

Rationale: The old corporate colossus failed, and from its ashes a new brand was born.

Analysis: When an organization implodes, it’s usually a smart idea to change names and start anew, as in this case. According to the credit union, the Alloya name was coined from words like “alloy,” “all,” “ally” and “loyal.” The root word “alloy,” which is typically defined as a blend of two metals, touches on themes of cooperation, strength, unity and togetherness. The credit union said it wanted a name that would be distinctive, memorable, timeless, have energy, look good and sound good. That’s a pretty long list of criteria, but the new name arguably accomplishes all of them to some degree. However, the decision to go with Alloya probably didn’t sit too well with the folks over at Alloy FCU.