Over 350 community bank and credit union executives from across the country gathered for Bancvue’s first “Kasasa Family Reunion” to strategize around how to take back market share from the megabanks.

The event, held at BancVue’s corporate headquarters in Austin, centered around Kasasa, a national brand of banking products offered exclusively to community banks and credit unions. The main objective of the “Reunion” was to rally community financial institutions participating in the Kasasa program, and to determine ways in which they could maximize their investment.

A few non-Kasasa financial institutions that had been invited by their peers were also in attendance.

“I’ve been working in the banking industry for over 35 years and I never thought I would see the day when community banks and credit unions come together in mass to talk about ways to take it to the megabanks,” says Paul Peterson, CFO at Ocean Communities FCU in Biddeford, Maine. “Kasasa has already taken off in our market and based on this year’s ‘Kasasa Family Reunion,’ it’s clear that it’s also taking off all across the country.”

Beyond strategic planning, the event also celebrated the successes Kasasa has enjoyed. To date, more than 300,000 Kasasa accounts have been opened, representing some $41 million in non-interest income to partner institutions. In aggregate, Kasasa partners represented in 38 states, would rank 17th in branch network size. 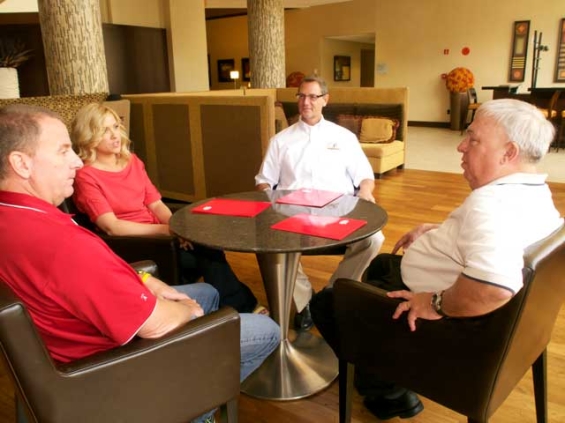 Another key part of the “Reunion” involved financial institutions sharing best practices with each other, and BancVue sharing the newest developments that the community banking industry can expect from Kasasa in the near future.

“Looking around the crowd at ‘Kasasa Family Reunion,’ it’s safe to say, these are the bankers who will survive and thrive over the next five to ten years,” says Gabe Krajicek, CEO of BancVue. “Kasasa has really taken off and we fully expect for that trend to continue into 2013. In short order, we’ve built a powerful network of community banks and credit unions that have united under a national brand of banking accounts. It’s just a matter of time before we catch up to the megabanks and retake market share.”

BancVue has been innovating in the banking the marketplace since its founding in 2004. With offerings like Kasasa 360, an online money management platform designed to help drive revenues and facilitate more cross-sales activities, BancVue has helped its network of clients compete against the megabanks.