ANZ Bank New Zealand youth campaign GettingUThru should serve as one model financial institutions should consider when looking for ways to effectively target students and young adults. The campaign includes social media components and centers around a comprehensive microsite, GettingUThru.com. The site has five feature sections, including:

“The campaign doesn’t presume students want to engage with their bank.”
— Rapp for ANZ

The bank was very particular about avoiding cash bribes as part of the campaign. While account-opening incentives may convince students to initially sign up, they aren’t good tools for building long-term customer relationships. Instead, ANZ opted for an approach that centered around their audience’s needs. Fully recognizing that students don’t care about banking, ANZ instead focused on the single financial matter students do care about: having no money. Thus, a microsite was born that provides budgeting tools, money-saving ideas and peer-to-peer advice. 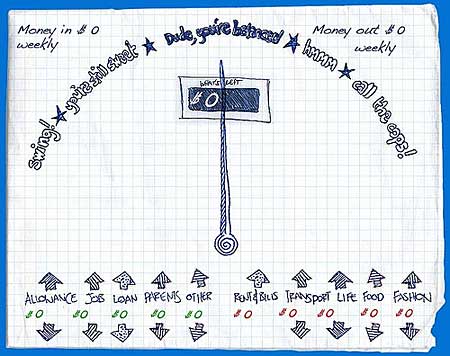 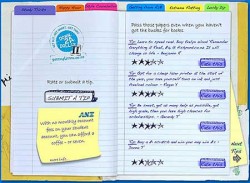 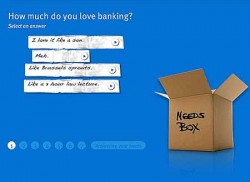 GettingUThru is very youth-oriented without trying too hard to be cool. The campaign addresses students’ greatest need – not going broke – with humorous advice like, “Brew your own beer.” The short video clips on the microsite are hilarious, and look like they were filmed by real students (agency Rapp New Zealand is actually behind all the fun). Content is partially user-submitted, facilitating interaction between the bank and its customers.

Wayne Pick of Rapp says, “Instead of a bank doing all the talking and advising, students began to talk to the bank and dishing out advice of their own. And after that, without any incentives, record numbers went on and opened accounts.”

The campaign has been successful. According to ANZ, “In just one month, over 10,000 students flooded online, over 7,000 students had opened accounts — that’s a 10% increase year-on-year.” GettingUThru also won a Bronze Lion at the Cannes International Advertising Festival this summer.