Subscribe Now Get The Financial Brand's FREE Email Newsletter
Everyone needs role models, even banks and credit unions. Here are ten of The Financial Brand's favorite banks and credit unions, whose innovations are inspiring. Keep a close eye on these financial brands, because they are the ones illuminating the path to banking greatness.
Subscribe Now!

Back in 2012, The Financial Brand published a list of 10 great banking brands to study — financial institutions that consistently pop onto our radar. These brands consistently bang out new ideas in financial marketing and the delivery of retail banking services. Whenever you hear their names, you should pay attention. Take every opportunity to read articles, review case studies and listen to presentations celebrating brands. These guys are definitely the ones to watch! 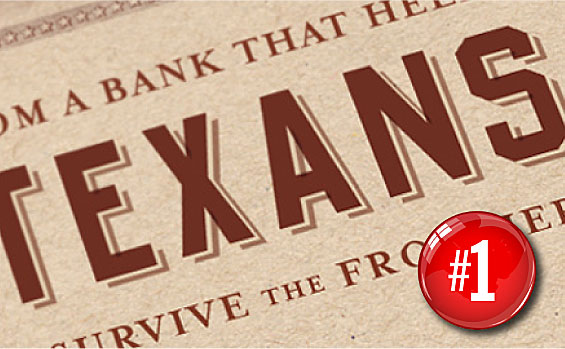 Frost Bank is one of a handful of financial brands around the world that truly understands, embraces and lives out the principles of branding. They know exactly who they are and what they stand for, steeped in Texas culture — BBQ, beef and banking. Everything about this bank rocks: their brand identity and marketing to their products and digital channels. Frost is in rare company, and deserves to be revered alongside the banking industry’s other notables like Umpqua, USAA, Virgin Money and ING Direct. 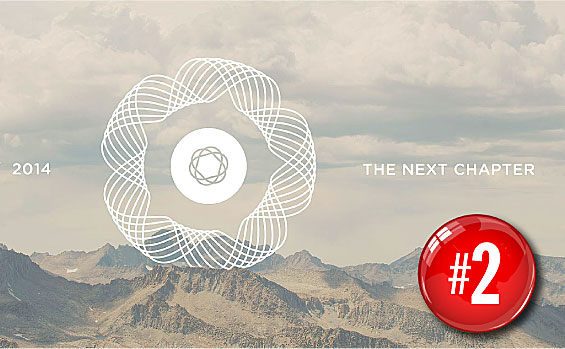 Simple has completely redefined banking from an experiential perspective, and on all fronts. They are one of the few upstarts in banking who threaten challenge the status quo… then actually do it. They have not only managed to radically simplify banking CX — a nearly impossible feat — they have transformed the manner in which financial services are communicated and marketed to consumers. Every aspect of their brand is clean, clear and fresh. Even their customer service is extraordinarily responsive, with a distinct personality that has been noted often by those who experience it. Just because BBVA paid a truckload to buy Simple out doesn’t mean you shouldn’t continue to expect great things from them. 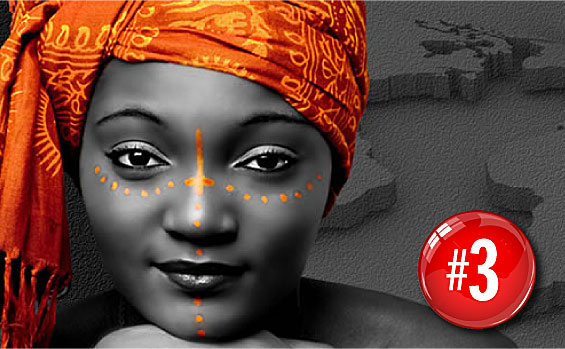 GT Bank is from Nigeria, but you’d never know it by looking at them. They could easily be a top bank based in Chicago or Detroit. The Nigerian banking industry gets a bit of a bum rap in the Western world, smeared by the online conmen of yesteryear who ran rampant. But Nigerian banks are accomplishing some amazing things, particularly in online, digital and social channels — with GT Bank leading the way. GT Bank is ranked as by The Financial Brand as the #9 best in the world in social media, with over 1.8 million ‘Likes’ on Facebook (one of only seven in the English-speaking world to surpass a million). They are ranked #4 for Twitter followers, and #52 for all-time YouTube video views. 75% of Nigeria’s 169 million people have a mobile phone, so it’s no surprise GT Bank has to be so digitally savvy. They even allow people to open new accounts through Facebook. That day is coming in the U.S. (and everywhere else too), so study and learn from what GT Bank is doing right. 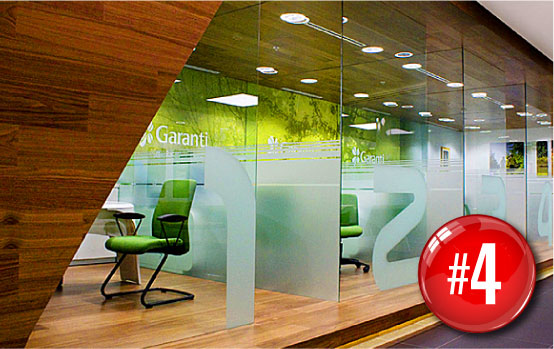 Garanti Bank is the second largest private bank in Turkey with US$104 billion in assets. Garanti serves 12 million customers through 936 domestic branches, six foreign branches in Cyprus, one in Luxembourg and one in Malta; three international representative offices in London, Düsseldorf and Shanghai; more than 3,550 ATMs; an award winning call center and Internet, mobile and social banking platforms built on cutting-edge technological infrastructure. Their brand identity and branch design work — spearheaded by i-am associates — is among the best in the financial industry. 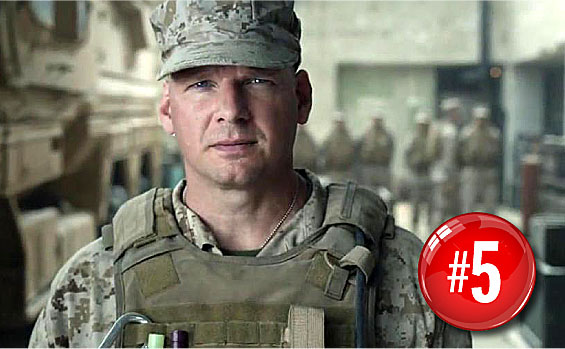 Navy FCU isn’t just the biggest credit union in the world, they are also one of the best. Unlike most credit unions these days pursuing the promise of community charters, Navy FCU has remained true to its roots. Much like USAA, they serve only men and women in the U.S. military, and do so with remarkable aplomb, offering all the services someone deployed in Japan, Korea or Afghanistan would need. In social channels, Navy FCU is the top ranked credit union across the board — most ‘Likes,’ most Twitter followers and most all-time YouTube views. They are also one of the few financial institutions on earth to crack the code on one of the biggest riddles in banking: how to monetize social channels. 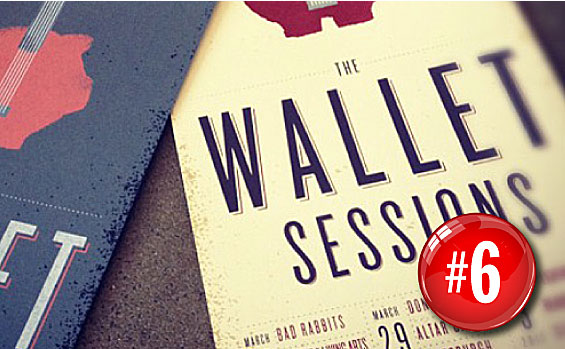 PNC is a true pioneer in the delivery of retail banking services. Long before internet banks and mobile wallets became vogue, PNC had launched its innovative Virtual Wallet product — a digital checking account blended with personal financial tools, wrapped in a cool, fun interface. But the bank is also testing three new/different branch models concurrently, and it’s rumored that they will be introducing even more new experimental brick-and-mortar concepts in coming months. Watch this space, because PNC just might land on that “branch of the future” design everyone in the banking industry has been so desperate to find. 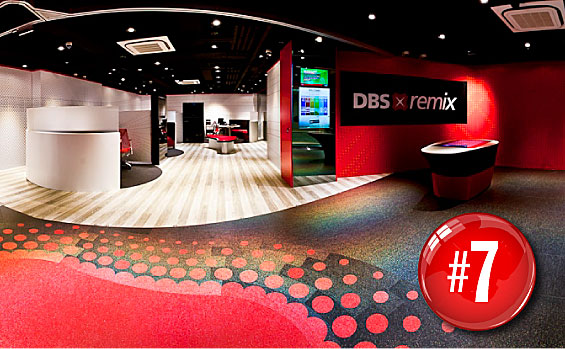 DBS is a bank based in Singapore. Previously known as the Development Bank of Singapore, DBS adopted its current name in 2003 to reflect its changing role as a regional Asian bank. With a branch network spanning more than 250 locations and over 1,100 ATMs across 50 cities, the bank now has operations in 15 countries, including Hong Kong, China, India and Taiwan. World renowned branch design firm Allen International has been driving the innovative branch delivery concepts that have steadily flowed from DBS over the years. 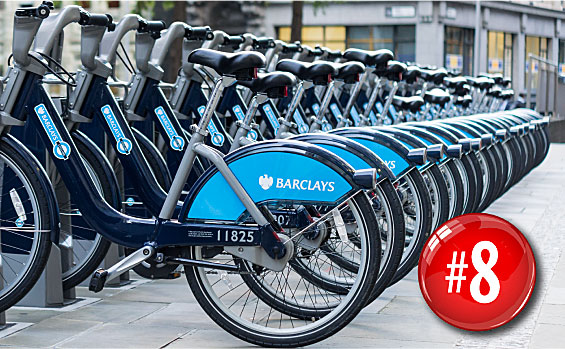 Any bank that makes online video games and takes a custom-branded “Innovation Bus” on tour across the UK deserves to be in the list of best banking brands to watch. Barclays has also given over 8.500 iPads to its frontline staff as part of a massive effort to modernize and streamline the in-person banking experience for retail consumers. 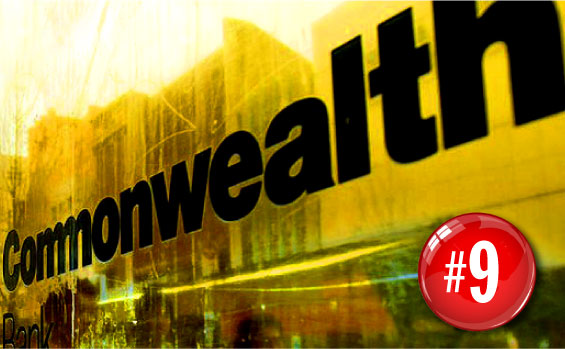 The Financial Brand has loved every Australian bank and credit union we’ve come across, and Commonwealth is no exception. We lost track of how many times we’ve written articles about them. They are one of the most innovative banks on Facebook, pioneering the space with their robust Kaching! service that enabled customers to exchange money using their Facebook accounts, email accounts or phone numbers. Today Commonwealth Bank is the #12 most-Liked bank in the world and the #16 most-followed on Twitter. 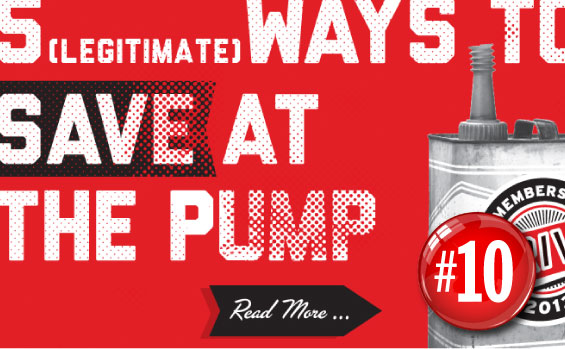 Listerhill Credit Union has nearly tripled in the last 10 years, up from $250 million in 2004 to over $625 million today. The Financial Brand has been watching this credit union closely for the last few years, and it’s clear their marketing has played a big part in their success. They have a wonderful design sensibility, and their brand identity expresses an irresistibly youthful exuberance. For example, check out their college branch and campus outreach initiative. Many financial institutions — particularly credit unions — have struggled to attract a younger, Gen Y audience. Pay attention to what Listerhill Credit Union is up to, because they are definitely heading in the right direction. More greatness is sure to come.