There are almost as many unbanked consumers in the U.S. as there are superbanked. A study from Scarborough Research puts the number of unbanked adults around 12.2 million, or about 5%. The total of superbanked adults is just about the same size, at 11.3 million.

The Scarborough study, “A Look Into Atypical American Banking,” set out to explore the demographics of consumers at the far extremes of either end of the retail banking spectrum: those who don’t use banks at all, and those who use banks a lot.

Scarborough defines unbanked consumers as those who do not use a bank or credit union. Superbanked consumers are considered those who have multiple accounts at financial institutions. More specifically, Scarborough defines superbankers as having a checking, savings, money market account and CD, and at least one of the following: stocks, options, bonds, mutual funds, money market funds, second home, investment property or other similar investments.

You can review Scarborough’s complete “Atypical Banking” study for free at the company’s website. 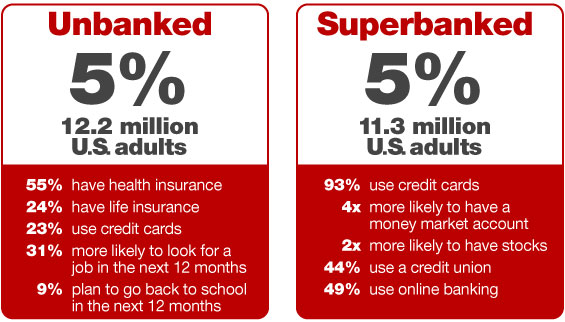 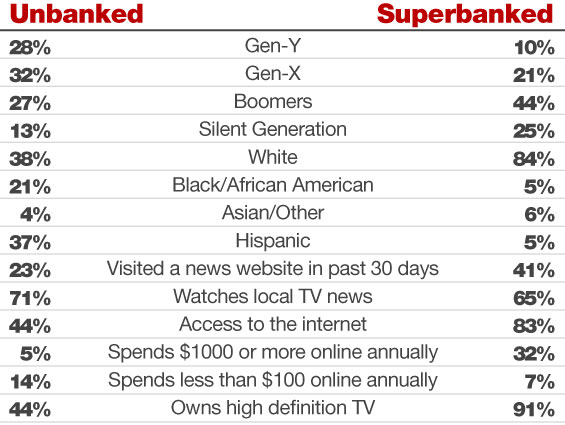 Who Are The Unbanked?