Subscribe Now Get The Financial Brand's FREE Email Newsletter
Most banking employees won't chuck their day job to hit the start-up trail (although a side-hustle could be useful), but they can bring an entrepreneurial spirit into their bank or credit union. That can make all the difference in keeping the institution relevant in a time of rapid innovation. Investor/author Marcus Whitney explains the why and how.

Marcus Whitney is an investor, entrepreneur, investor and author of the book “Create and Orchestrate: The Path to Claiming Your Creative Power from an Unlikely Entrepreneur.” He sat down with Jeffery Kendall, Chairman and CEO of cloud banking platform provider Nymbus, discuss the importance of innovation, covering topics as diverse as carving out time for your spouse, why to consider a side hustle, and what impresses him about the banking industry.

Whitney was always getting into trouble at his corporate employer, largely because he felt stymied in a culture that dissuaded innovation and rewarded keeping the status quo. As CTO, he was tantalizingly close — yet so far — from being an entrepreneur. “I was frustrated because I wanted to do things differently,” he recalls. “That’s when it hit me: ‘Dude, you can’t be happy unless you start your own thing.’” 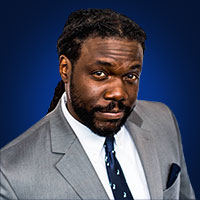 He adds, “I’m an ambitious creative rebel at heart and I needed a positive, productive way to channel that energy.”

Whitney wasn’t always a vocal nonconformist. As a software developer at the same firm, he was actually pretty content. “I found technology before entrepreneurship,” he explains. “I got to be creative working on software, and no one bothered me.”

He left the corporate gig about 13 years ago to officially become an entrepreneur. Since then, Whitney founded a venture capital firm, exited a technology company, and became co-owner of Nashville’s Major League Soccer team.

If you can relate to Whitney’s frustration as a former CTO, you’re in luck. Whitney wrote the highly personal and reflective “Create and Orchestrate” to help others channel their inner-entrepreneur and learn from his struggles. “I wanted to share my own journey in hopes of helping aspiring entrepreneurs not feel so alone,” says Whitney. “Entrepreneurship is full of failures and scraped knees.”

“Bringing in non-banking people is a powerful way to avoid being in an echo chamber and recycling the same old ideas.”

Those failures are not limited to business. Entrepreneurship — whether you’re the boss or report to the boss — can create collateral relationship damage. “It’s easy to get caught up in the business,” he says, “but the most precious resource we have is time. And we don’t actually know how much of it we have.”

Whitney believes that giving your spouse and family the left-over crumbs of your work time and energies is backwards. Instead, he recommends budgeting your time with the same intention that you budget your money. “If my objective is to have a healthy, happy relationship with my spouse, there’s a bare minimum time commitment. I’ve got to budget for it and then protect it,” reasons Whitney. “Just like I would create a budget to save for a down payment on a house, I’m budgeting for a happy relationship with my wife.”

In business, it’s normal to create a business plan and hold semi-annual planning and strategy sessions. Normalize the same approach with your relationships.

Whitney typically meets his wife for these relationship strategy sessions over brunch. He Admits that the first few times were awkward. “I approached talking about my relationship with my wife as if it was a board meeting,” he laughs. “Over time, we both got better at it.”

Wishing he had taken his own advice earlier, Whitney is committed to helping other entrepreneurs avoid the mistakes he’s made. He speaks up if he feels a founder is working too hard and suggests taking a break. “If someone pulled me aside and said ‘Hey, you need to take care of yourself,’ then maybe I wouldn’t have made some of the mistakes I’ve made,” he says.

Venture Capital Insights Banks Can Use

About seven years ago, Whitney, struck by the lack of black leadership in capital allocation, co-founded Jumpstart Nova Health, a venture fund focused on making investments in promising, Black-led healthcare companies. Jumpstart recently raised $55 million and has more than 150 deals in its portfolio to date.

A key requirement of an entrepreneurial company: confident people with good ideas.

Whitney believes that a narrow focus on a complex industry is imperative in attracting early stage capital. “Healthcare is a very dysfunctional market with strange buying dynamics and incentive models,” he explains. “To be good in a complex market like healthcare, you need to focus.” Much the same could be said of banking.

When reviewing potential firms for venture capital, Whitney looks not only at the product or service the company offers, but at the team. He looks for confident people with good ideas, no matter the age of the founders. Indeed, Jumpstart is currently doing a deal with a group of college-age entrepreneurs. “Venture requires you to think big,” he says.

Whitney uses what he calls his “eight core business concepts” when asking questions about a potential investment, but he’s careful not to dictate business decisions. “It’s not my job to tell the founders or CEO how to run their company. There’s no one right set of tools; everyone needs to pick the tools that make sense for them and their business,” he says. “I use the core concepts in my role to help firms get better.”

As they work to get a company off the ground, founders are, by necessity, jacks-of-all-trades, involved in every aspect of running a business, from sales to finances to product development. Having that in-depth knowledge about each business function is critical as the company grows and the founders hire other professionals.

“To pick the right successors, you have to understand each business function. Can you spot a great marketer when you see them? The goal of the core business concepts is to help you recognize talent,” says Whitney.

Banking Suggestions from an Entrepreneur

Jumpstart had an existing relationship with Celtic Bank. The bank’s holding company is a Jumpstart investor and Whitney was recently named to the board, his first foray into the banking industry. “It’s an exciting next step in my own personal career journey,” says Whitney.

Celtic Bank also has a reputation for being an innovative, forward-thinking bank that explores new business models, including banking-as-a-service, so the bank is a perfect fit for an entrepreneur like Whitney.

Kendall believes it’s wise for Celtic Bank to bring in outside voices to their board and believes that other banks should do the same.

Banks have impressive due-diligence skills. Now they must combine that with innovation.

Whitney was surprised and “super impressed” by the infrastructure and due diligence financial institutions apply to reviewing applications and underwriting a high volume of loans. “No venture capital firm has to perform the level of due diligence that a bank does. At a venture firm, you’re allowed to fail,” he notes. “The failure threshold for banks is much lower.”

Benefits of Being a Banker with a Side Hustle

Entrepreneurship is competitive and Whitney believes that a side hustle can set you up for success. The type of side hustle Whitney describes is not a second job to make additional income. The side hustle — while still performing well at the job that cuts you a paycheck — requires you to dig deep, execute at a high level, and find your next gear.

Whitney suggests carving out three to four hours a day to work on the side hustle. “Take your time and pace yourself to transition from being an employee to being an entrepreneur,” he suggests, adding, “A side hustle is a viable and helpful path to entrepreneurship.”

Even if you aren’t considering leaving your day job and taking the leap into entrepreneurship, you can bring that spirit into your current banking organization, Whitney believes. “Entrepreneurship is a mindset, and you most definitely can be an entrepreneur within a financial institution by building something that doesn’t exist or fixing a problem.”