Subscribe Now Get The Financial Brand's FREE Email Newsletter
In a research project commissioned by the Digital Banking Report, it was found that fintech influencers are significantly older than the employees at most high tech companies. Does it matter? 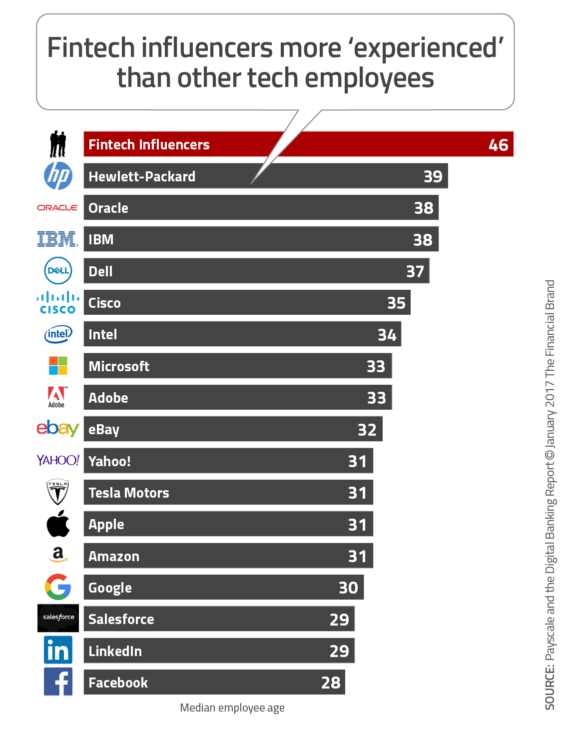