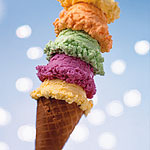 Joey Chestnut, the number-one ranked eater in the world, will compete at the Magnify Credit Union World Ice Cream-Eating Championship on Saturday, April 6.

The six-minute eating competition, sanctioned by Major League Eating, will take place at 4:00 p.m. at Joker Marchant Stadium, with the winner taking home the lion’s share of the $4,300 prize purse and the title of “World Ice Cream-Eating Champion.”

This event will be part of the first-ever Florida Ice Cream Festival, which is expected to attract more than 5,000 attendees from around the state. The festival will also benefit local charities including the Magnify Life Foundation and The Detroit Tigers Foundation of Florida. (The event, to be held at Joker Marchant Stadium, is the home of the Detroit Tigers spring training camp.)

General admission is $2, and corporate sponsorship are available for a very reasonable $25 (which is used to pay the admission fee for less fortunate kids who can’t afford it).

Contest Concept the Consequence of Serendipity

“The Florida Ice Cream Festival is an event that brings us back to the days when an entire community celebrated together for one day every year,” said John Santarpia, President/CEO of Magnify Credit Union. “It is with great pride that we present this fun and entertaining contest.” 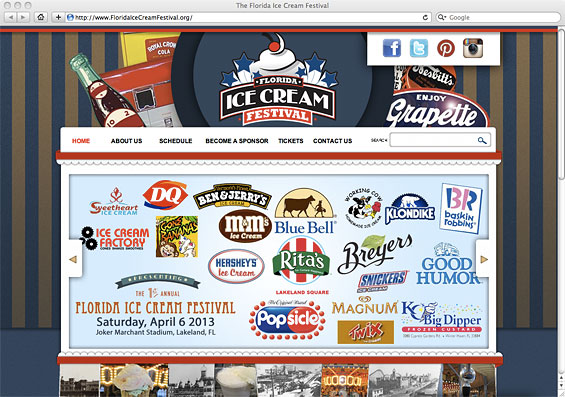 Who Knew Eating Was a Major League Sport?

Major League Eating (MLE), the world governing body of all stomach-centric sports, conducts more than 80 events annually, including the Nathan’s Famous Fourth of July International Hot Dog Eating Contest in Coney Island, N.Y. The competitive eating community is made up of more than 8,000 veteran and rookie gurgitators who travel the nation in search of top titles and the glory that they provide.

The Magnify Credit Union World Ice Cream Eating Championship signals the return of ice cream to the Major League Eating calendar, and it promises to be one of the most challenging competitions of the season. Success in this event will require superior jaw strength and capacity, as well as the ability to mentally push through the inevitable bouts of brain freeze that will occur during the contest.

“Joey Chestnut holds eating records in everything from hot dogs to cheese steaks, but he has chased an ice cream-eating record his entire career,” said Major League Eating Chairman George Shea. “This contest is an opportunity for Joey to change all that if brain freeze can be held at bay.”