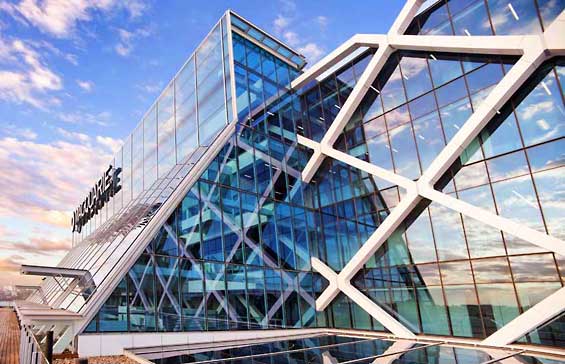 You’d have to be crazy to not want to work for this Australian investment bank. Macquarie’s new Sydney headquarters is unlike anything you’ve ever seen before.

Clive Wilkinson Architects, who designed the space for Macquarie, describes the new 330,000 square foot building as a “workplace of the future.” There are plazas, gardens, squares, playrooms, a library, a dining room, a coffee house and yes, even a tree house.

The building is split into two masses: a ten-story block facing the city, and another 6-story block stepping down to the waterside. Bridges link the two building masses, crossing a massive atrium.

Within the building’s voluminous atrium are 26 different glass-enclosed meeting pods, each decorated with candy-colored paints and furnishings.

The functional parts of the building are divided into a series of flexible workspaces called “neighborhoods,” each accommodating roughly 100 of the 3,330 employees that work at the facility.

There aren’t any traditional cubicles in this HQ. Employees don’t have assigned desks. Instead they are given an “anchor point” — their designated “home base” with a locker and storage. The concept, called “activity-based working,” lets employees choose each day where and how they want to work — from collaborative bench seating or breakout spaces to lounges or small private stations for solo projects.

“All types of work processes are supported by tailor-made work-settings available to everyone,” according to a promotional video about the building.

If it sounds a little New Age, it is — a bold vision of the modern, egalitarian workplace utopia. It may be ambitious in its idealism, but 77% of Macquarie’s employees indeed say they “love the freedom to change their work spaces each day,” and more than half the staff does so on a daily basis. 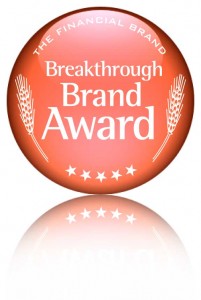 The building is said to have been designed to the highest levels of LEED green efficiency, using revolutionary technologies like harbor water cooling, chilled beams and zone controlled lighting.

The project has been collecting accolades and awards for not only architecture and design but also for environmental sustainability and workplace functionality.

A concept this crazy, this cool and this contemporary was the brainchild of Clive Wilkinson Architects, the design architect for the project, who worked in collaboration with the local firm Woods Bagot as executive architects, and Fitzpatrick + Partners who designed the exterior of the building. Clive Wilkinson Architects describe the project in grand terms, talking about blending architectural forms to create something that’s “part space station, part vertical Greek village.”

A Greek village? Ancient typologies? Gothic cathedrals? Tableaus of wha…? Whoah, it sure takes a lot of fancy architectural vernacular to say “this is one badass place to work!” 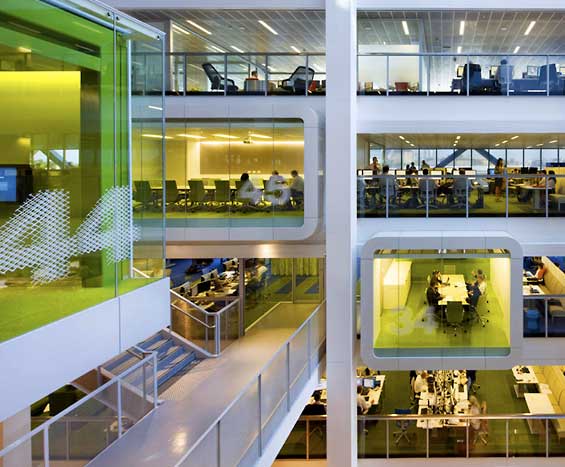 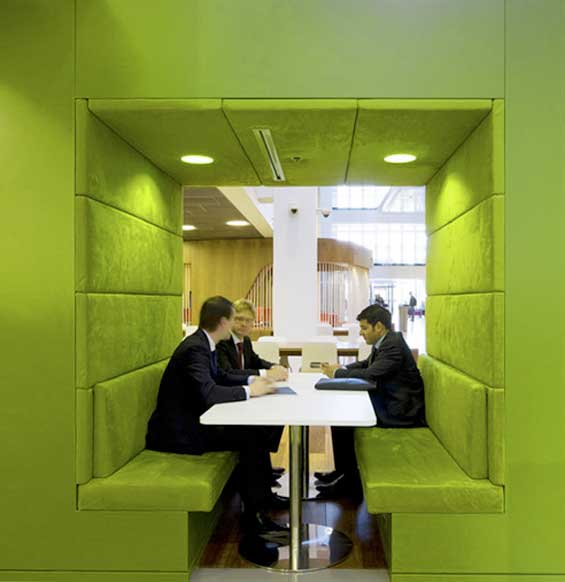 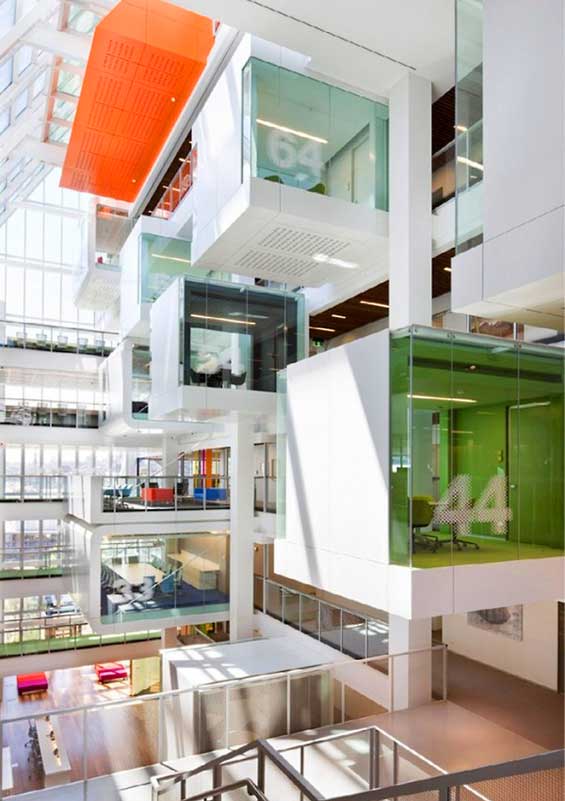 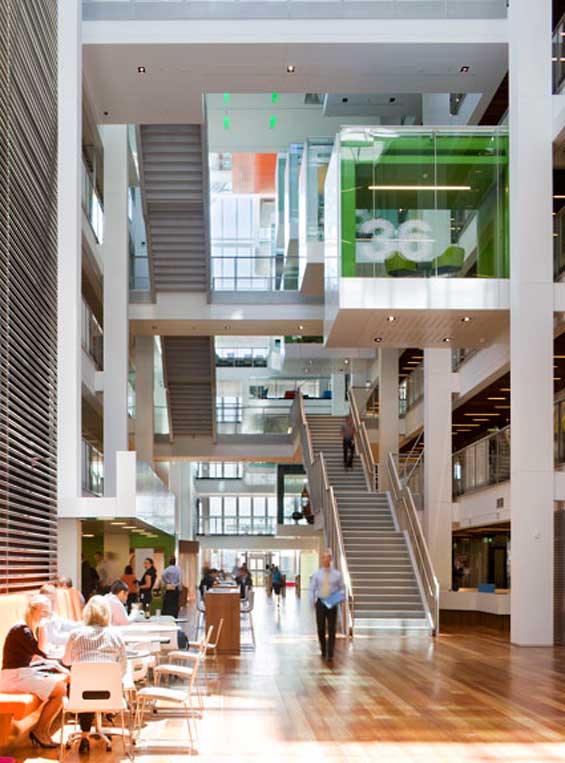 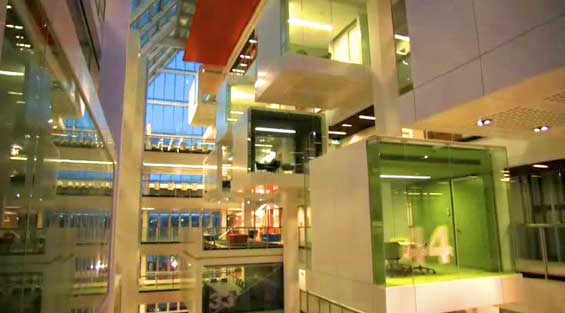 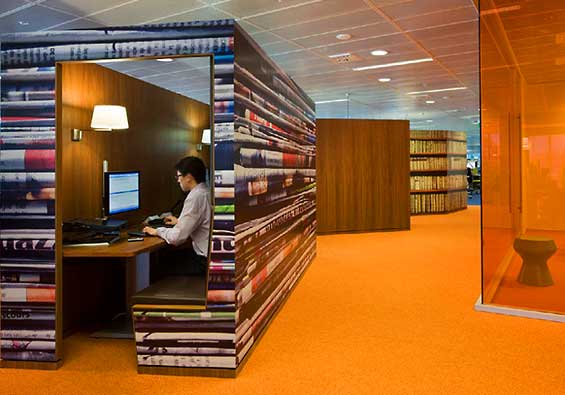 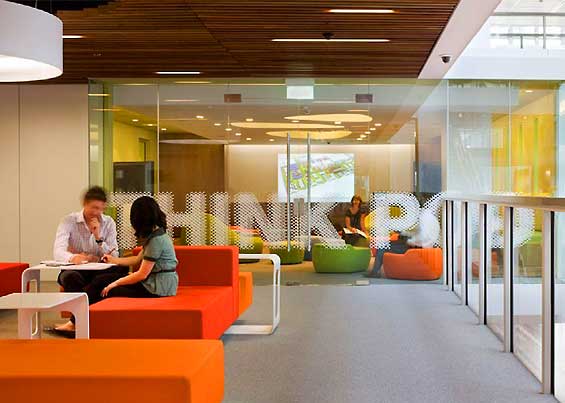 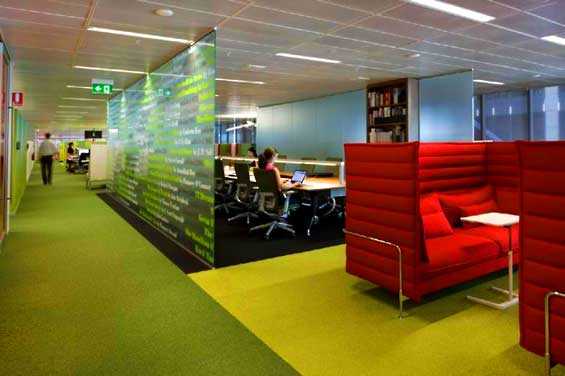 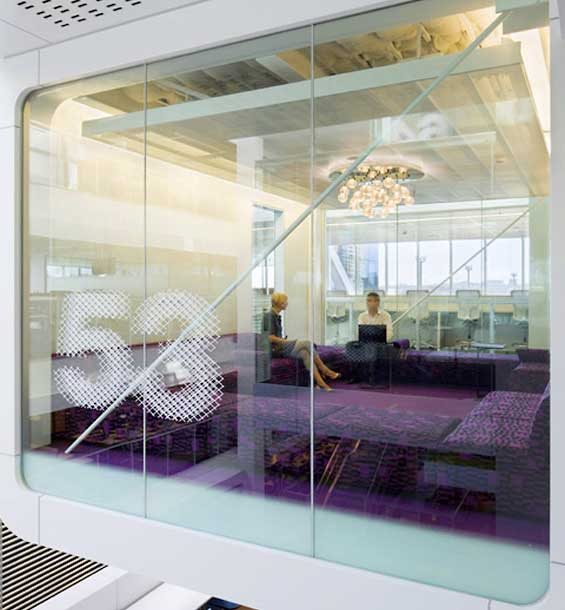 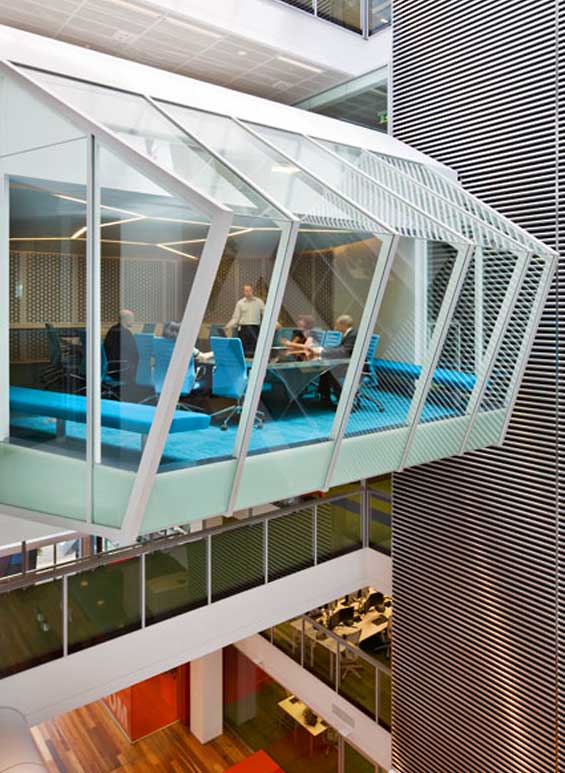 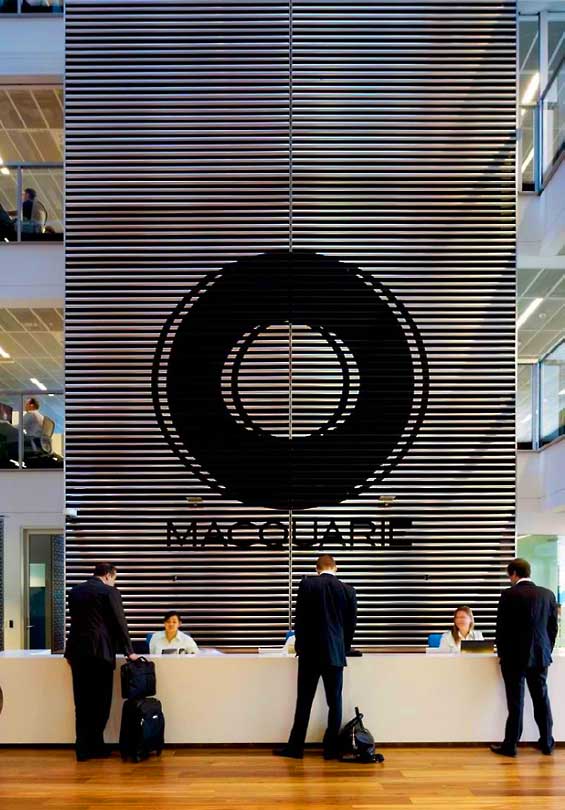