When Chuck Bruen, the CEO of First Entertainment Credit Union, wrote in his blog that some credit unions are “too small to exist,” he touched off a sensitive debate among credit union leaders about what role — if any — America’s tiniest credit unions should play.

The failure of Convent FCU in New York City, the 11th credit union to be liquidated in 2010, sparked Bruen’s controversial suggestion.

“It is my opinion that there are credit unions that are too small to exist,” Bruen wrote.

Bruen recommends shuttering any credit union less than $1 million, then raising the bar from there.

This suggestion triggered a reaction from Sarah Snell Cooke, Editor in Chief at the Credit Union Times, on the publication’s website. “Eliminating all credit unions under $1 million would destroy the only financial hope some people have beyond payday lenders and pawn shops,” she cautioned.

Even though Snell Cooke argues there’s a need for small, hyper-focused credit unions, she wonders about their viability. Regarding Convent FCU and its failure, she wrote, “I’m not sure how a credit union that size remains in business in the 21st Century.”

Another commenter named “Jerry” said he felt “the bottom limit for credit unions should probably be $3 million. Below that size, they are not economically viable. Within five years, that lower economic limit will probably be $5 million.”

Cliff Rosenthal, President/CEO of the National Federation of Community Development Credit Unions, thinks time will take care of these ultra-small credit unions, regardless of where one stands. “The gears of regulation and examination will slowly (or not so slowly) grind away many of those institutions whose death Mr. Bruen would like to hasten,” Rosenthal observed in the comments of the Credit Union Times blog post.

What do you think? Take the poll below and share your thoughts in the comments. 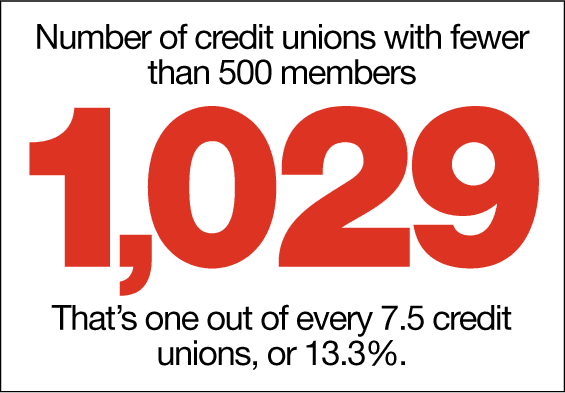 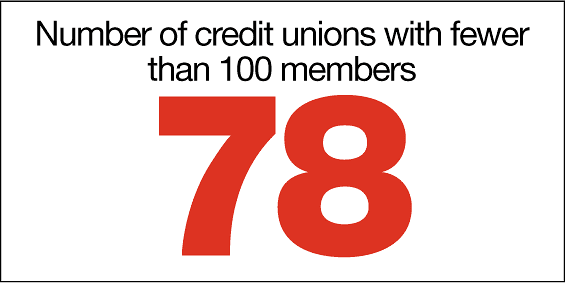 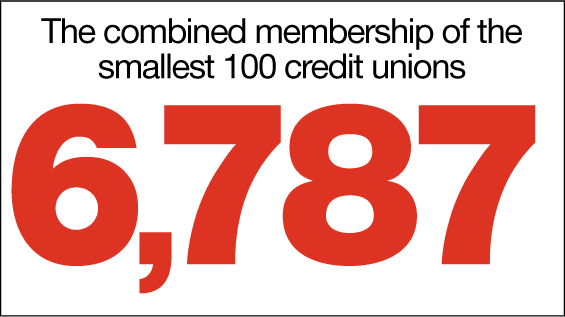 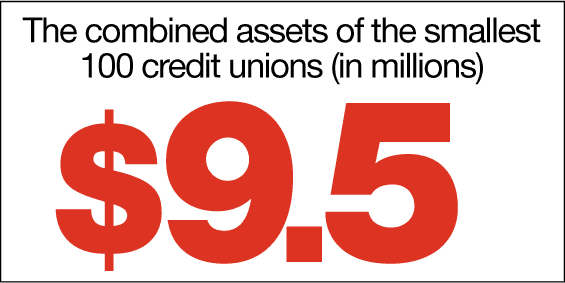 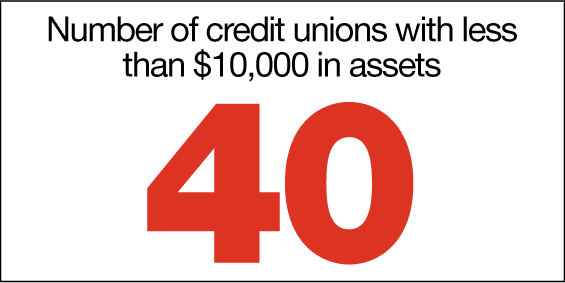 Only 15 of the 500 smallest credit unions have websites.

There are 78 credit unions with less than 100 members.

There are 15 credit unions with only one member.

If you rank the smallest 100 credit unions by number of members, they serve a combined membership of 6,787.

The 100 smallest credit unions by assets have only $9.54 million combined, and serve 16,485 members. There are 1,099 credit unions who each serve at least that many members.

There are 640 credit unions with less than $1 million in assets, for a combined total of $304 million.

Conversely, the 596 largest credit unions each have over $300 million in assets.