When consumers shopping for new banking relationships visit FindABetterBank.com, they have the opportunity to compare which institutions and accounts will cost the least, meet their feature requirements and have the most convenient locations. There are no clear winners: Shoppers don’t all choose the account with the lowest fees or choose the account that meets all of their needs.

To understand their choices, we asked shoppers why they chose specific accounts. Most give more than one reason. Someone who selects an account with the lowest fees may also like the convenient locations and the mobile app. Another shopper might select an account that doesn’t meet all their needs and costs more than other options because they feel it’s more accessible, or they have a recommendation, or there’s a promotion, etc.

In Q4 2013, 35% of shoppers on FindABetterBank considered price a factor when selecting an account. Differences emerge when comparing shoppers’ responses based on the type of institution they selected. 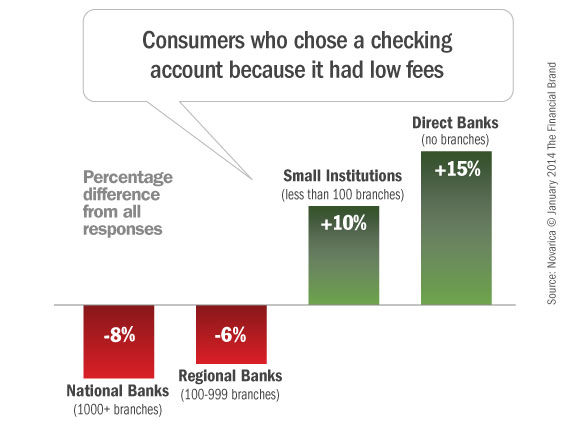 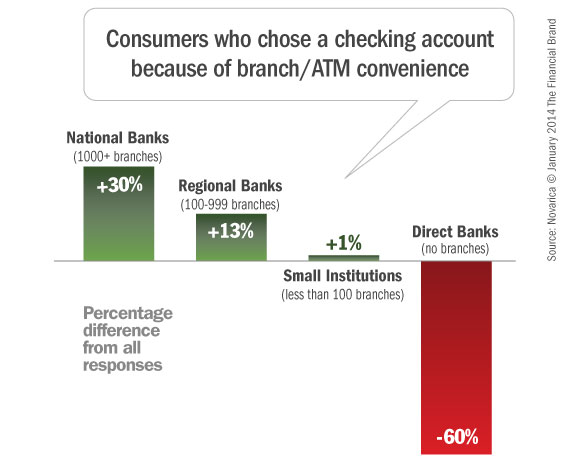 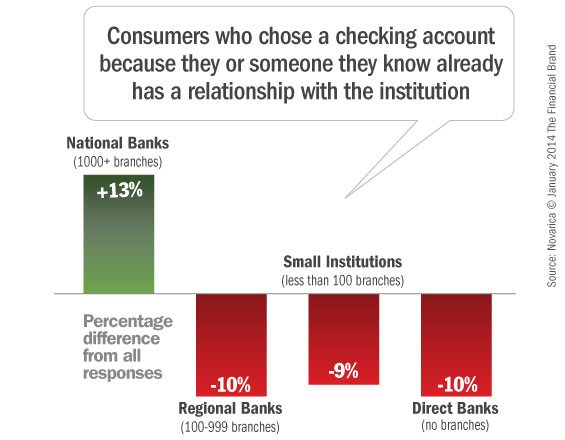 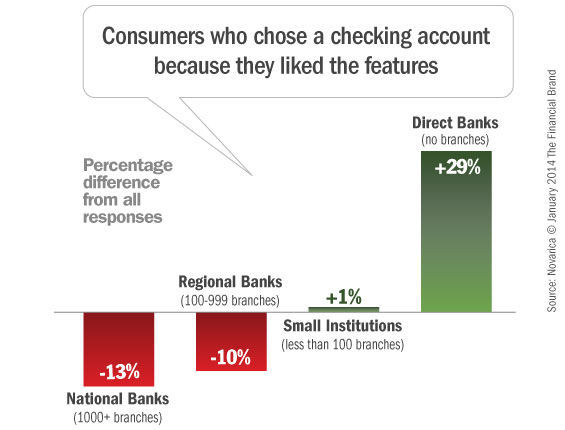 National Banks (1,000+ branches). Most national banks don’t offer free checking anymore. But they have low-end accounts that enable many shoppers to meet the minimum fee-waiving requirements. Thirty-two percent of shoppers selecting big banks indicated low fees played a role in their choice. This is lower than what shoppers selecting other institutions indicated, but the relatively high response (32%) is an indication that their “no free” pricing strategies have been somewhat effective.

Direct Banks (no branches). Without expensive branch networks to support, direct banks’ checking account options are cheaper than most accounts at branched banks and credit unions. Therefore, one would expect direct banks to attract a large share of price-sensitive shoppers. But 32% of their shoppers say they like the features with the account – much higher than their branched brethren. It shows how advertising engrains impressions: Direct banks’ ads are always about features. Many branched institutions’ ads focus on accessibility – highlighting convenience of their branches and ATMs.