Subscribe Now Get The Financial Brand's FREE Email Newsletter
With two thirds of all credit unions at less than $100 million in assets, concerns are growing that competitive forces – dominant megabanks, the rapid uptake of digital banking, fintech inroads, low rates and more – could result in massive consolidation. Several industry experts and leaders see alternative ways forward. But how many small institutions can follow that path? Or will? 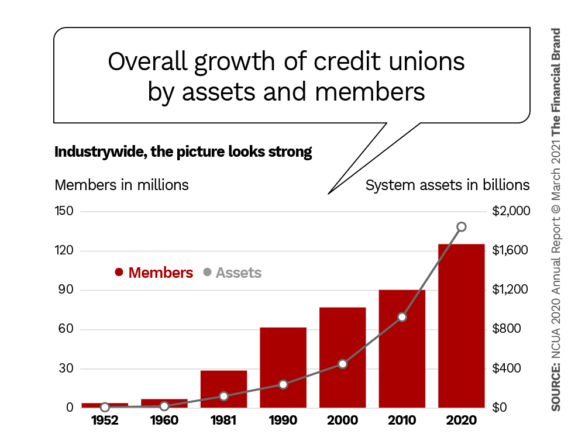 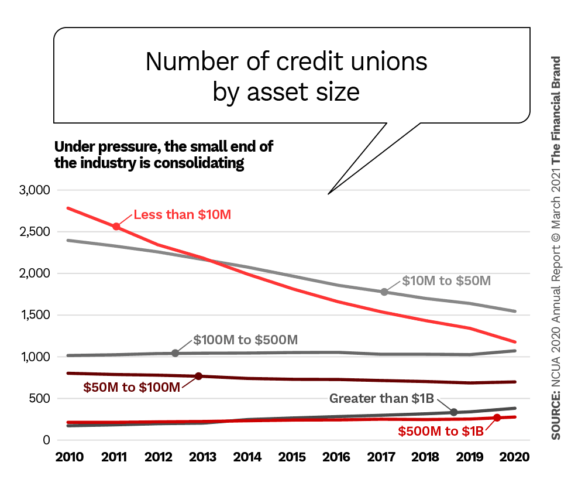