Subscribe Now Get The Financial Brand's FREE Email Newsletter
With banks and credit unions everywhere pursuing massive digital transformation projects, one clear problem has emerged: there aren't enough employees with the right tech skills to get the job done. 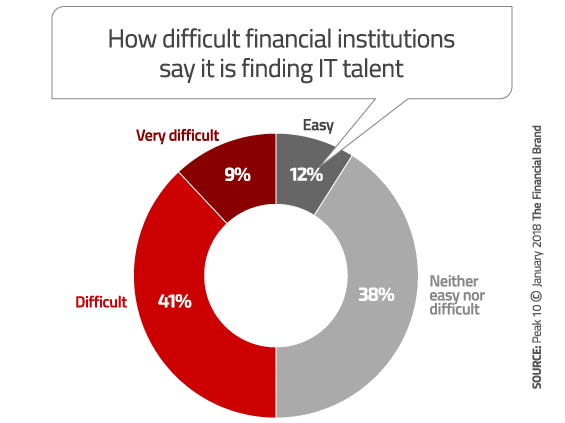