BofA has taken a lot of heat in the press lately. As if all the problems surrounding TARP, their merger with Merrill Lynch and executive compensation aren’t enough to deal with, the bank has to respond to public outrage when one of their 300,000 employees makes a moronic decision. 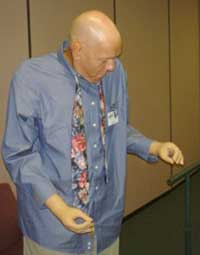 Steve Valdez went to a Tampa Bank of America branch looking to cash a check. Because he didn’t have an account at the bank, he was asked to provide a thumbprint for identification. Standard procedure, right?

Well, Steve has prosthetic arms. He was born armless.

Despite presenting the bank teller with two forms of picture ID, Steve was told that in order to cash the check he would either have to open an account, or bring in his wife who wrote him the check.

Steve told the bank manager, “You do realize this is in violation of federal law and you haven’t heard the end of it?” 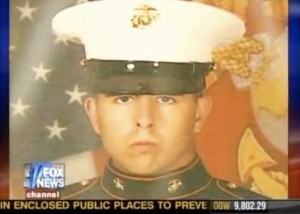 The town of Gaffney, S.C., was preparing for a funeral processional for a Marine killed in Afghanistan. Brenda Earls, neighbor to the fallen Marine, lined the route with small American flags. Brenda never expected she’d run into any trouble putting American flags in front of a Bank of America branch.

But Brandy Tate, the manager of BofA’s Gaffney branch, pulled the flags, saying it “violated company policy.” She told Brenda that “it would offend some customers.”

Brandy then told Brenda she had to go into the branch to collect her flags if she didn’t want them thrown out.

The way some media outlets, like Fox News, pick up such stories with obvious zeal, they’d have you believe BofA has corporate policies against thumbless people and fallen Marines. But you’d have to be almost as stupid as the two BofA employees in Tampa and Gaffney to really believe that.

Reality Check: People do dumb things. Even intelligent people who are well-intentioned make mistakes. Everyone is prone to the occasional brain fart.

Why didn’t the employee in Tampa try to find a solution for the thumbless customer? Was this employee so insensitive, emotionally detached and/or lazy that they just didn’t care, as the “whatever” comment might suggest? Or perhaps the employee is just one of those mindless automatons who blindly applies corporate policy? “Sorry, no thumbs, no thumbprint, no money… Next!”

Why didn’t Brandy let a few American flags fly on the sidewalk of a bank that has — quite literally — wrapped itself in American patriotism? Why couldn’t she foresee the inevitable PR nightmare? The headline is so obvious: “Bank of America refuses to fly American flags for fallen American.” No matter what “corporate policy” she may- or may not have believed was in place, how come she didn’t make a better decision? How could she throw U.S. flags in a Bank of America trash can?!?

But every organization has the occasional dimwit, pinhead, bully or spineless bureaucrat. BofA is no different. Simply based on their scale, they are going to have more than most financial institutions. But do they have more than their fair share? Not likely.

Fact: 300,000 employees is almost the same size population as cities like Cincinnati, Minneapolis, St. Louis, Pittsburgh and Anchorage. How many people do dumb things in those cities every day? For that matter, how many get arrested?

Reality Check: With 300,000 employees, having two bad eggs really isn’t all that bad.

BofA fell victim to human stupidity. Not once, but twice. And you know what? It’s going to happen again. Why? Because it’s impossible to design a system that thwarts and deters all human stupidity. We’re nowhere near smart enough to figure out how to stop ourselves from doing dumb things.

Anyone tempted to wag their finger at BofA should remember that this can happen to any company, at any time — and you may be next.

In both situations, BofA had some appropriate-yet-predictable responses. The bank admitted it should have “offered alternative requirements if an individual is not able to give a thumbprint,” and called the Gaffney flag gaffe “an unfortunate miscommunication in corporate policy.”

But what would have happened if BofA took a different approach? What if they had been candidly honest? What if they had said, “These two employees made boneheaded decisions. They aren’t dumb, but they both made really dumb and unfortunate choices.”

Key Question: In this day and age, where the President of the United States can call Kayne West “a jackass,” why shouldn’t BofA be able to give it to us straight?

A BofA spokesperson told The Financial Brand that the bank “immediately and deeply apologized to those involved, to their families and their extended communities for any inconvenience these unfortunate mistakes may have caused.”

In the end, BofA looks at the experience as a learning opportunity.

“We recognized these unfortunate incidents as a coaching opportunity,” Joseph Goode, BofA’s SVP Global Media Relations, said in an interview with The Financial Brand.

“We shared these stories with our employees through our internal communication channels, and underscored that these incidents do not represent Bank of America’s policies or our corporate values.”

Bottom Line: Common sense and caring aren’t things that can’t be taught. Good judgment is something we all wish we had more of. Hire accordingly, just remember that every company is going to have employees who do something regrettable. There is no such thing as the Bank That Never Does Anything Stupid. Fess up when you make mistakes, and don’t be afraid to call it like it is.