Subscribe Now Get The Financial Brand's FREE Email Newsletter
Wells Fargo's sales scandal continues to bedevil its attempts to rebuild as the top federal national bank regulator bans the bank's former chairman and CEO from the industry and pursues charges against five other former Wells officers. 100 pages of federal charges read like a dramatic guide for how not to run a sales program. 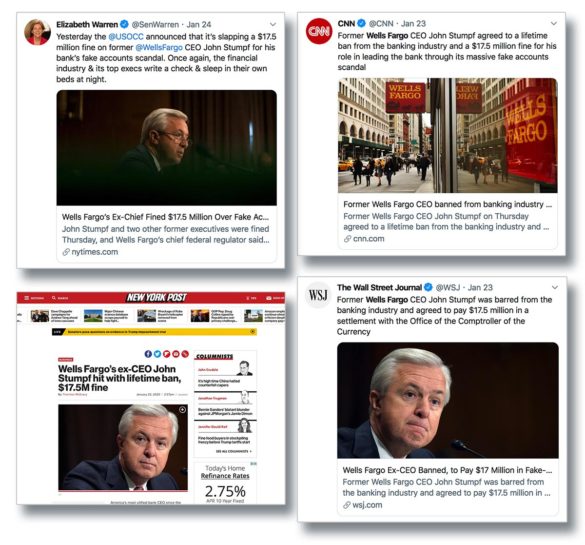 Read More: Wells Settles Sales Fraud Cases for $3 Billion but It’s Not Over