Subscribe Now Get The Financial Brand's FREE Email Newsletter
Visits to branches are dropping. The use of mobile channels is increasing. Therefore, there has never been a more important time for financial institutions to reestablish their relationships with consumers and improve the sales process across all channels.

Declining in-branch traffic has lead many financial institutions to implement new technologies that help lower costs and support the customers’ embrace of online channels. But a larger and often overlooked negative consequence of decreased in-branch traffic is the demise of the financial associate as a consultative sales person.

In the past, in-branch traffic led to in-branch conversations. A tabletop display about HELOC rates might prompt the customer to ask for more details about rates, features, and qualifications. This was a golden opportunity for the in-branch staff as they were being invited into a conversation instead of pushing product. The conversation was asking for help and put the staff in a valuable position to consult on options. This is consultative selling, or at least it was, in a pre-digital banking world.

Unfortunately, banking has never had to focus on a comprehensive sales process. As mentioned by Bank Director, “Because of healthy margins from loans and fees, banks have historically shied away from proven sales methods found in other industries. However, now that the market has become competitive, the lack of sales infrastructure hurts.”

While the emerging digital and mobile technologies make online transactions easier, they have mainly fallen short of replacing the widening gap in consultative selling. Add to this that many of the digital selling tools available (push-to-talk customer care, digital educational videos and interactive links) have yet to be fully utilized as in other industries.

Mitchell Orlowsky, CEO of Ignite Sales, believes the gap between the buying process and the sales process needs to be closed. To do this, he believes banks need to:

As we look at the intersection of tech and consultative sales, Hip Pocket has launched an innovative patent-pending app to assist financial organizations in selling mortgage services (which are tough to sell in the best of environments).

Founded by financial services veteran, Mark Zmarzly, Hip Pocket’s technology is a direct response to a mortgage officer’s desire to bridge the gap between declining in-branch visitations and the bank’s desire to help in a consultative fashion. The product leverages data and technology to provide a repeatable process that improves results.

Mark Zmarzly said, “In the summer of 2013, Hip Pocket was validating the first iteration of a PFM product. The product was going to be like Mint, but with a peer-comparison component. We knew from extensive customer interviews that families weren’t confident that they had a good rate on their mortgage or auto loan product. Our product was going to allow them to see where they stood in relation to their peers and then shop our partner banks and credit unions for a better deal. We called it the context to be more confident in your financial decisions.”

Before rollout of their prototype, Zmarzly interviewed banks to determine what was needed from their perspective. Banks said that when people visited branches, they were able to help consumers understand if they were a good candidate for refinance. Unfortunately, with fewer people visiting the branch office, these opportunities were becoming fewer.

Zmarlzy said, “After realizing the challenge of selling when fewer prospects visited the branch, we decided to move from a PFM product to an app for direct use by the bank to bridge this selling gap.”

Union Bank & Trust, with 31 branches in Nebraska and Kansas, launched Hip Pocket’s Mortgage Comparison Web App during the Summer. In the first weeks of using the app, which Mark refers to as a ‘discount double check on your mortgage,’ the bank had thousands of unique users and had an incremental increase in loans closed. They are scheduled to also launch Hip Pocket’s Retirement Comparison App. 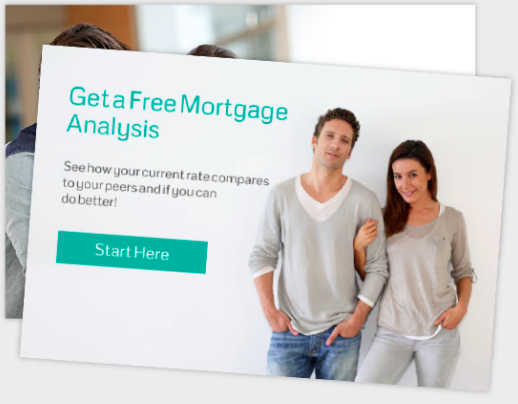 In deeper analysis of early results, Google Analytics shows that users are spending an average of 1:31 interacting with the app. This far surpasses almost all other mobile banking apps other than a full PFM solution. Of the HipPocket sessions, more than 50% begin the analysis process, with a completion rate exceeding 85%. Close to 20% of the leads have come through social referrals. 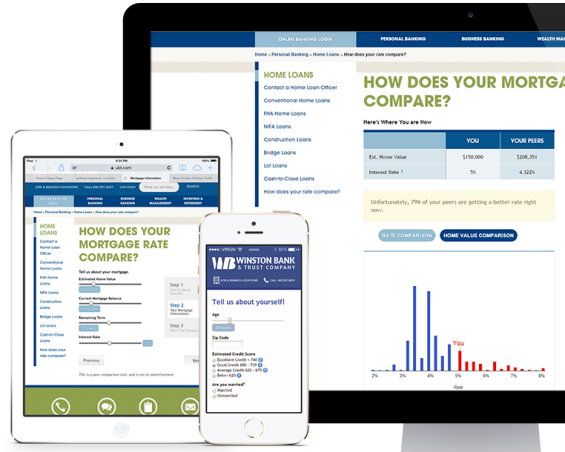 “Showing the customer or prospect where they stand compared to a custom peer group allows the bank or credit union to provide an unbiased analysis,” Zmarzly said. “This is vital for helping people understand where they stand now and for the financial institution to start to build trust. We then leverage the institution’s real-time loan rates to show the person ‘Here’s what to do with this information.’ It’s a one-to-one conversation based on value and it’s free to the customer. That’s consultative.”

Solutions similar to Hip Pocket’s technology respond to the consumer’s demands of ‘know me’, ‘look out for me’ and ‘reward me.’ This is reinforced by research from Gallup that found that customer retention, confidence, and tenure increased when customers saw that their financial institution was actively demonstrating an interest in improving the customer’s financial well-being.

Engagement, confidence, and improved financial performance are the foundations for consultative selling. They have been difficult, but are not impossible, to build digitally.