Subscribe Now Get The Financial Brand's FREE Email Newsletter
Recent disclosures around deceptive sales practices at Wells Fargo has forced banks and credit unions to review their own procedures. A study by JD Power provides insight into ways the industry can improve sales results while regaining the trust of consumers.

The emphasis on selling has been a focus in the banking industry for decades. But, revelations around fraudulent sales activities at Wells Fargo forced financial institutions nationwide to reevaluate their own sales tactics to determine if current efforts to increase share of wallet were creating customer ill will.

To evaluate the impact of current sales practices and provide insight into a better path forward, JD Power conducted a study of retail bank selling. They surveyed customers who had opened an account in the preceding 12 months to get their perceptions of their sales experiences. They also evaluated findings from the 2016 U.S. Retail Banking Satisfaction Study to determine potential best practices going forward.

Some of the key findings include:

Financial institutions have restored loyalty among customers since the financial crisis of 2009, with improvement being evident across a variety of metrics that track customer loyalty, bank reputation, and repeat usage. While the larger banks have benefited the most in recent years because of their digital offerings (see: The Digital Divide: Can Small Banks Keep Pace?), consumers of organizations of all sizes state that they will ‘reuse’ and ‘recommend’ their current provider more today than in the past. 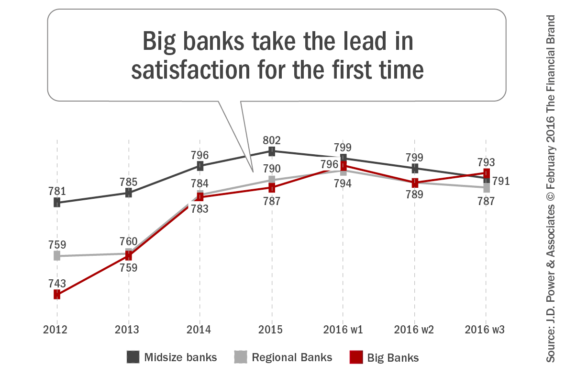 When JD Power asked retail bank customers how they felt about their banks in the immediate aftermath of the Wells Fargo scandal, 79% said their bank “acts in my best interest”; 82% said they “trust [their bank] to do the right thing”; and 81% said their bank “acts ethically.” Obviously, there is both a strong positive momentum and a stability in perception despite the sales scandal.

Pressure and Confusion at Point of Sale

Despite the high satisfaction scores, some of the customers who did not have a high sense of loyalty or advocacy may be impacted by sales practices that some believe are overly aggressive. JD Power found that 19% of retail bank customers said they felt that their bank representative was under pressure to sell products, with 10% saying they personally felt pressured to open a new account, and 8% saying they avoid going to the branch to avoid sales pressure. 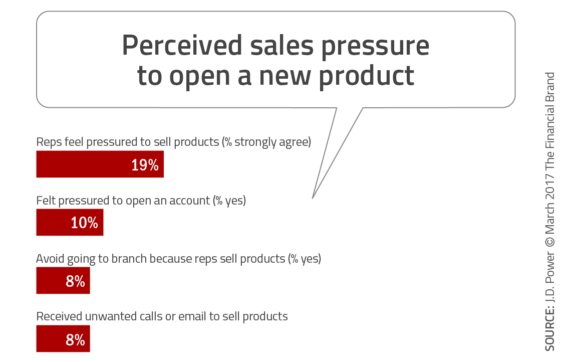 Beyond high pressure sales tactics, nearly 14% of new customer surveyed indicated that they have had accounts opened and/or funds transferred without their knowledge. In addition, 12% of customers said they were surprised by fees or charges that they did not remember being told about when they opened the account.

The opening of a new account is cumbersome in the branch environment, so some of those surveyed may have just been confused, but the impact is negative either way. Among retail bank customers who were surprised by fees, 46% said they “definitely will” switch banks, compared with only 6% among those who were not surprised. There is clearly a communication challenge that must be addressed. 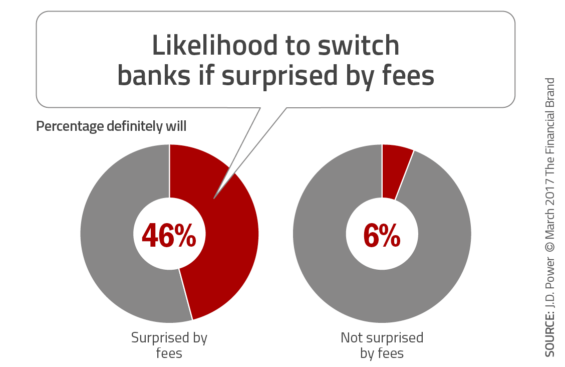 Selling Starts With Understanding the Customer

Just because there is a risk of getting the sales process wrong doesn’t mean organizations should stop selling. In fact, selling of additional services, if done correstly not only can increase customer profitability, but also satisfaction.

Only 55% of customers feel the bank representative completely identified their financial needs when opening their account. 75% of these customers who had their needs completely identified said they
“definitely will” reuse their bank, compared with 48% of those whose needs were “not at all” or only “partially” identified. From there, the greater the understanding and advisory perspective, the better the result. 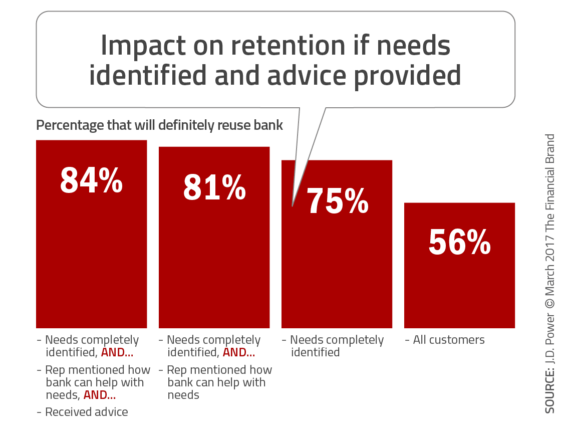 According to the JD Power research, 60% of retail bank customers who received financial advice from their banker acted on that advice and 62% opened an additional product with the bank. If the customer did not receive financial advice, just 34% opened new products. In other words, offering advice nearly doubles the likelihood that a customer will open a new account.

The kicker … just 26% of customers indicated they had received financial advice from their bank in the past year. While we believe that this number is higher for those new customers who may be included in an onboarding program, there is still a lot of money left on the table. With so much insight collected at the time of new account opening, and so many tools available to bankers for highly personalized and timely follow-up, the lost opportunity is vast. Satisfaction, intention to reuse and recommend, and, most importantly, share of wallet are all severely impacted. 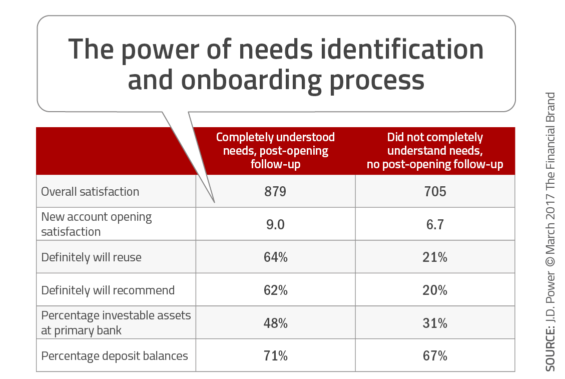 Importance of the Branch

There is definitely a move to digital and mobile and online account opening capabilities are improving (albeit slowly). The benefits of digital account opening are numerous, not the least of which is the ability to capture and use insights collected in real-time to begin the onboarding process. That said, 78% of new retail bank accounts are still opened in a branch. While the younger demographic segments are the most digitally astute,  72% of Millennial customers (born 1982-1994) still opened their most recent account in a branch, along with 83% of Gen Z (1995-2004).

JD Power also found that some of the strongest relationship originated in the branch, especially when needs were identified and transparency of rates and fees were completely explained. In fact, when needs were identified, 71% of customers purchased a new product or service, compared with just 38% when no review was conducted. The positive correlation was even stronger among Millennial and Gen Z customers.

“In the wake of the Wells Fargo crisis, financial firms of every type have been taking a hard look at their sales practices and controls,” said Jim Miller, senior director of retail banking services at J.D. Power. “Customers continue to put faith in their banks, however, an intense sales culture at some banks may indeed be driving short-term growth, but it can erode loyalty and lead to a loss of future revenue.” Miller continues, “Banks must foster a customer-centered culture where they focus on meeting needs and providing relevant advice rather than just selling the next account.”

The 16-page J.D. Power Special Report: Customer Views on Sales Practices in Financial Services,SM is based on in-depth proprietary benchmark research, insights and analyses of more than 83,000 consumer responses and interviews derived from J.D. Power syndicated studies* and a pulse survey focused on bank sales practices conducted in October 2016. This report was developed to identify how customers currently view the banking industry and spotlight areas for improvement in the overall customer experience. The report is available for download after registration.