Fees for using out-of-network ATMs rose 5% over the past year and are up 23% over the past five years, according to Bankrate.com’s 17th annual checking survey. The average cost to consumers going outside their network is now $4.35 per transaction, a new high, and the eighth consecutive record-breaking year.

The average ATM surcharge jumped 7% to $2.77 per transaction, also a record high. The average surcharge has increased for 10 consecutive years. The most common fee is $3. Every institution Bankrate surveyed charges non-customers for usage.

The average fee assessed by one’s own financial institution for going outside the ATM network increased 3% to $1.58, another a new high. Over the past eight years, the most common fee was $2. The most common fee now, by a wide margin, is $2.50.

The average overdraft fee also set a new record high for the 16th consecutive year, at $32.74. But the rise of 1.7% was less than the rate of inflation, Bankrate noted.

“A lot of things in life go up,” says Greg McBride, CFA, Bankrate.com’s chief financial analyst. “Laundry detergent goes up, but no one complains about it.” 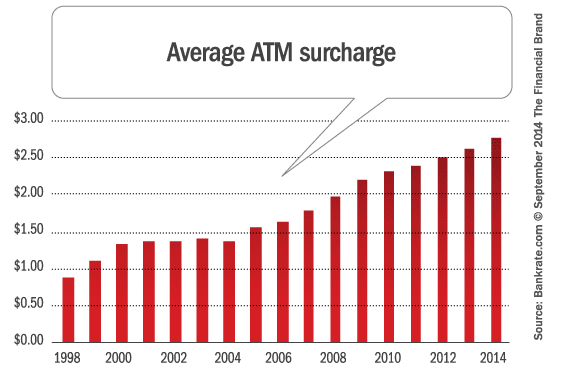 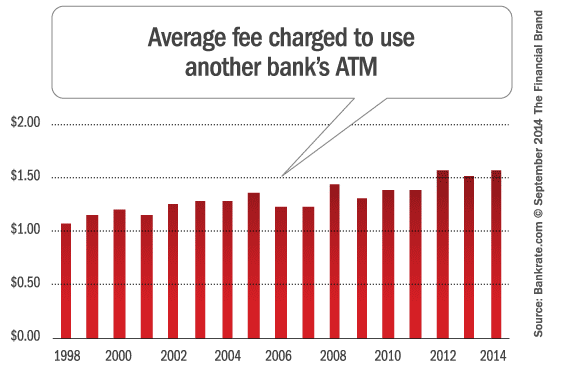 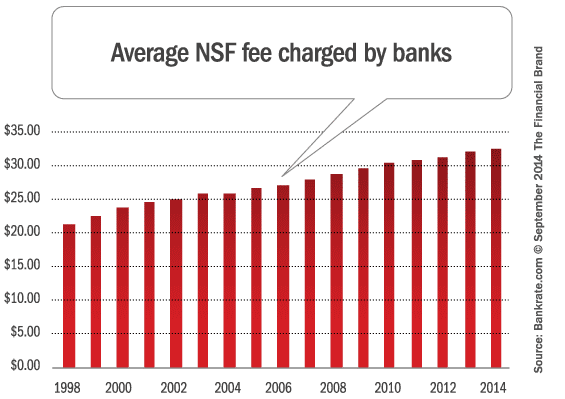 McBride touches on an a important subject: the semi-discretionary nature of both ATM and overdraft fees. Banks and credit unions have been jammed into the unsavory position of trying to increase revenues while new regulations have tied one hand behind their backs. Rather than risk more scrutiny from regulators — or more ire from consumers (think: Bank Transfer Day) — financial institutions have figured out that they can grow income by increasing fees on these discretionary fees. It’s one thing to charge consumers for checking accounts that used to be free; it’s another to ding “lazy” or “careless” people for using the wrong ATM or spending money they don’t have.

“The ATM fees go up at such a rapid clip because it’s really low-hanging fruit as far as fee income is concerned,” McBride says, noting that the surcharge is a non-customer charge.

The Bankrate study found that 38% of basic checking accounts are completely free, unchanged from last year and little changed since 2012 (39%). This halts a four-year streak of declines from the peak of 76% in 2009. If certain requirements are met (such as direct deposit, maintaining a minimum balance, bill pay activity, etc.), 95% of non-interest checking accounts are either free or can become free.

Only 4% of interest checking accounts are free for all customers, but 99% will waive the fee if conditions are met (most commonly if the accountholder meets a minimum balance requirement averaging $6,211, up 7% from last year). The average monthly service fee nudged up 1% to $14.76. The average yield is just 0.04%, a new record low.

McBride believes all the turbulence that has surrounded checking accounts and their associated fees is beginning to stabilize. “The sharp decline in free checking and the run-up in fees as the result of regulatory changes has run its course,” he says. 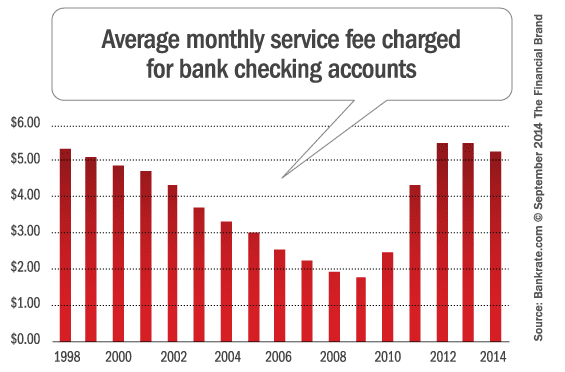 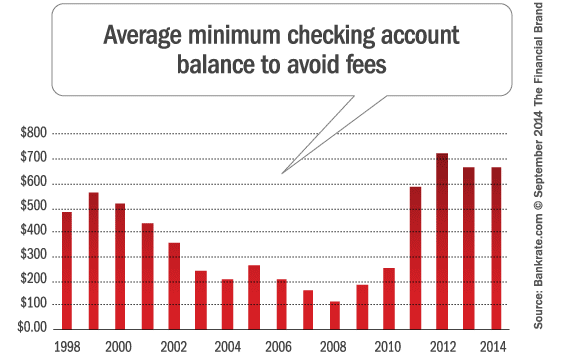 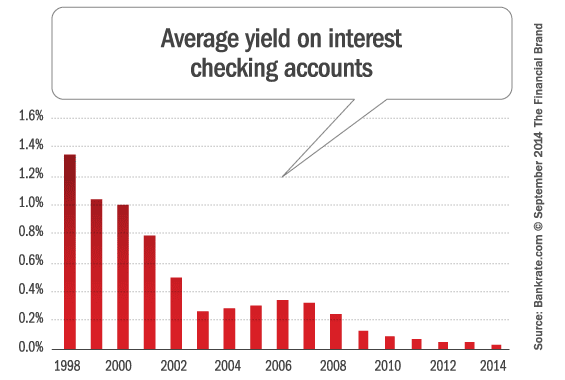