With traditional media channels fading, financial brands seeking growth must reach out via multiple digital marketing formats from videos to social media. However, consumers increasingly prefer a commercial-free web and more and more people engage ad blockers to get it. How can banks and credit unions pick the right path? 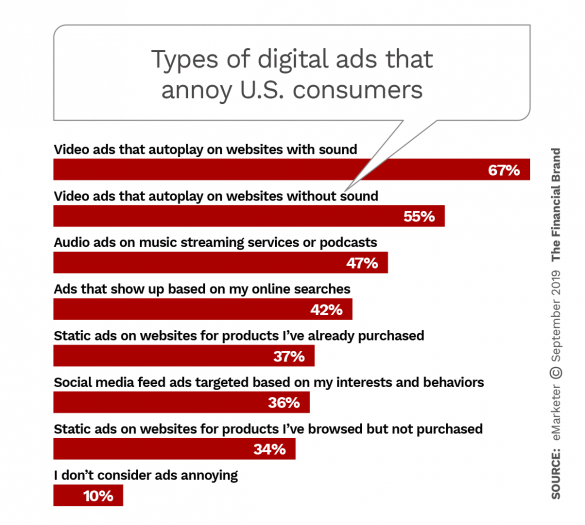 Read More: Funny Ally Bank Instagrams Get Consumers to Loosen Up About Money