They say that you should never discuss race, sex, politics, and religion in proper company. Fortunately for me, Snarketing readers don’t qualify as proper company.

But rest assured, there will be no mention of race, sex, or politics in this post. I will, however, be discussing religion, and I may offend the religious beliefs of some readers. I apologize in advance if you are one of those readers.

The Branchophiles love to cite the statistics that show that consumers — even Millennials — still go into branches some number of times per month. Ignoring the possibility that they do so is because they can’t get what they want done in other channels.

Branchophiles love to quote Vernon Hill, founder of Commerce Bank, who once said (when asked why his bank wasn’t making big investments in online banking):

“Nobody wants a relationship with a machine.”

The Brancharedeadivists love to trot out the statistics that show a steep decline in the number of branch closings over the past few years. Ignoring the fact that the decline may simply be correcting the over-building of branches that occurred in the prior 10 to 15 years, and the result of the merger activity that has occurred in the industry.

Brancharedeadivists would be more likely to agree with my comment that:

“Nobody wants a relationship with a brick, either.”

My take: Truth and reality lie somewhere in the middle of the two extreme religious views. What’s needed is a new branch imperative.

Let me clarify that last statement. The word “new” modifies “imperative,” not branch. In other words, what’s needed is a new imperative for branches, not an imperative for new branches.

But you knew that already, right?

The challenge for banks and credit unions is not simply deciding whether or not: 1) to keep branches open, or 2) to build out more branches, or even 3) to invest in upgrading or downsizing of branches.

Oh no, life’s not that easy. The challenge is a lot harder.

The new branch imperative is: Make branches an integral element of cross-channel delivery… or shut them down.

This may sound simple; it’s anything but.

There are four critical issues that financial institutions must address regarding the new branch imperative:

Branch efficiency. Branch productivity trends are not encouraging. According to the Cornerstone Performance Report, over the past few years, the median number of teller transactions per branch has declined (not surprising), but teller transactions per teller FTE is virtually unchanged. That’s not a good sign. In addition, two other key productivity metrics — new accounts opened per platform FTE and direct consumer loans closed per branch — have declined.

Sales process design. Changing branch size and staffing model accomplishes little if changes to the sales process aren’t made. Many banks and credit unions have launched customer journey mapping efforts to reengineer sales processes, but these efforts often fail to identify: 1) the cultural hurdles that impede changes; 2) how employee rewards and incentives must change; and 3) the one thing that could add value or differentiate the institution.

Channel budget allocation. In many financial institutions, the budgeting process only serves to reinforce the existing silos that exist in the organization. Shifting dollars between channels is nearly impossible — but is required to address the new branch imperative. One way to do this is to find and negotiate contract savings on commoditized technologies like item processing and core/teller systems and earmark the savings for channel reallocation.

The Branch of the Future

Yes, I know how to count. I said four issues, and listed three. The fourth deserves its own section. Because there is nothing more popular to discuss and fight over than branch design —the so-called branch of the future. 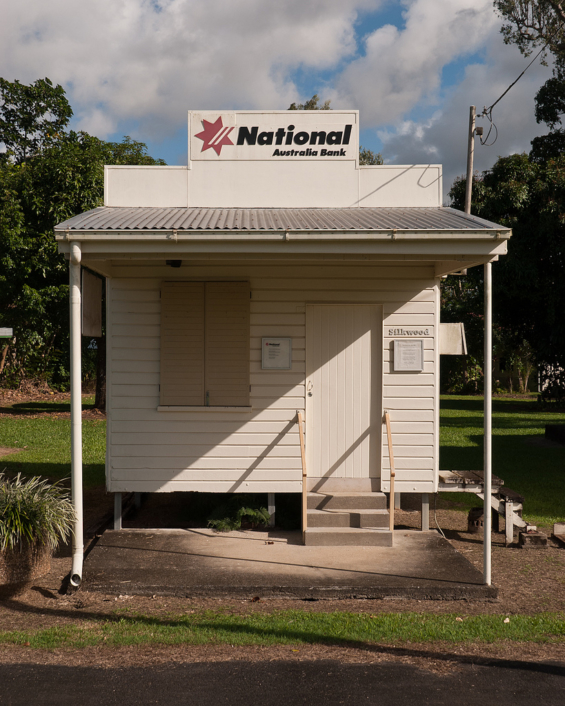 The former National Australia Bank branch at Silkwood, North Queensland. It was built in the 1930s and continued to trade until 17 August 1999. Now a museum.

The inside of the branch would look like this: 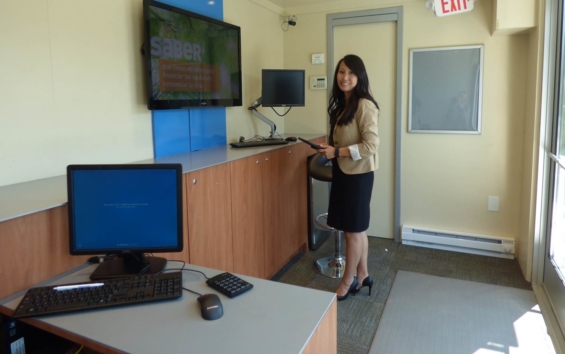 It’s just my opinion — or a reflection of my branch religious beliefs — but I think the whole purpose of the branch, going forward, is to enable what technology is weakest at: Physical, face-to-face interaction.

Which isn’t to say that technology isn’t good at, or at least getting a lot better at, enabling “face-to-face” interactions.

Here’s a quick story. A buddy came into Boston recently, and I met him for lunch in the North End. Towards the end of lunch, he asked: “Where are we?” to which I replied: “Hanover Street.” He said “I’ve got a client with a branch on Hanover Street,” and a quick check of the map showed that we were practically across the street from that branch. I said “c’mon, let’s go say hi.”

We went in, and my buddy was warmly welcomed by the branch manager. “Jeff! So good to see you!” (Trust me, I don’t get that kind of welcome from my clients).

The branch is tiny.

But the branch, despite its tiny size and lack of high-tech gadgetry, is highly successful. Deposits and loan volume growth is strong.

Would you close this branch, simply because you think branches are dying and the money is better utilized somewhere else? Would you install fancy kiosks and iPads for whatever purposes they serve because that’s what the branch of the future is supposed to be about?

Bottom line: The new branch imperative is going to be a major challenge for banks and credit unions over the next 10-15 years. As the pundits yell and scream about the need for, and benefit of, simplicity in banking, the place to start may very well be in the branch.