United FCU project, dubbed “Matter,” invites those between the ages of 18 and 30 to rant, complain and express their feelings about financial matters. The campaign targets the much-coveted Gen-Y crowd, positioning United FCU as being an alternative banking experience.

The credit union says its primary goal is “to create an opportunity for interactive dialogue with Gen-Y, as opposed to pushing a one way channel of information.”

The core of the campaign is a microsite bearing the bold, aggressive, arguably hostile URL www.theantibank.com. At the microsite, United FCU encourages the Gen-Y crowd to “share your thoughts about all things financial. Everything from what’s up with those Washington bailout packages to why some people have pictures of kitties on their checks.”

“United FCU really is the Anti-Bank”
The credit union attacks Gen-Y’s lack of confidence in the banking system, while simultaneously
distancing itself from banks by aligning tightly with classic credit union messages. 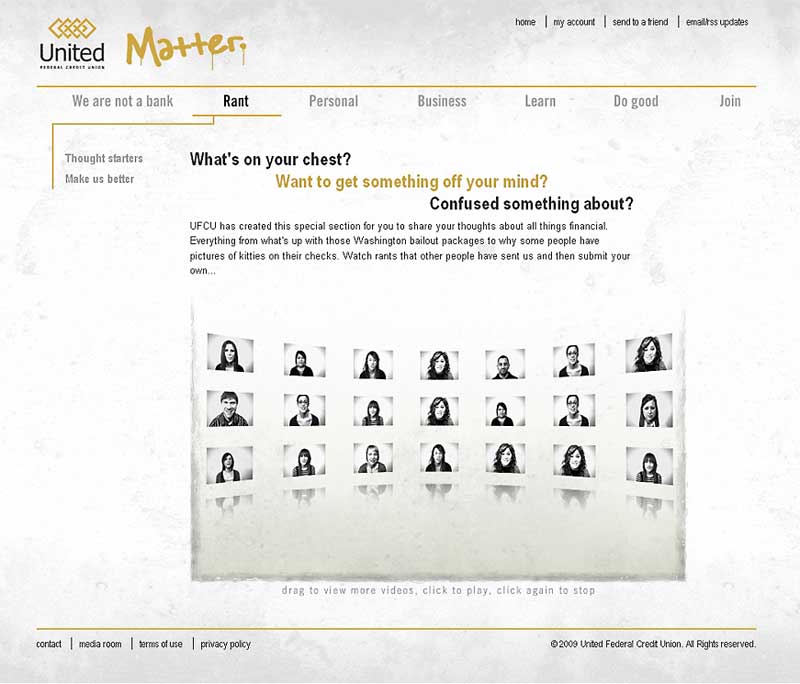 The site has some pre-recorded rants and musings, some of which feel a little forced or staged. The credit union sequenced many of the rants together in this 5-minute long video included as part of its press release. 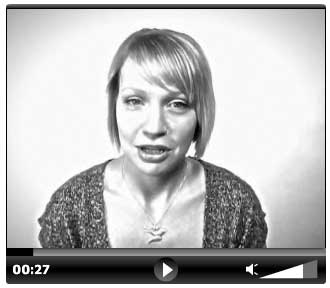 The campaign’s overall design is slick, with a moody, black-and-white graffiti feeling. Slogans scattered on the website make statements like “Always Be Moving,” and “You Are Tomorrow.”

All the videos are shot in a B&W testimonial style. Here’s what some of the pre-recorded participants had to say:

Heads Up: A bank in Australia invited folks to rant about banking last year. The online social media campaign backfired big time. People started railing against the bank hosting the website, which then spiraled out of control after employees bungled their attempt at damage control. However, this is less likely to occur in United FCU’s case because it looks like they will be limiting their rants to video submissions, which should be easier to moderate than comments at a blog or forum.

Key Questions: Besides being able to vent and express one’s feelings, what incentives are there to participate in the campaign? What’s at stake? What product offer(s) are tied to the campaign or targeted at Gen-Y? Where will “the dialogue” United FCU seeks to create take place?

Take a look at the Matter microsite, then swing back by and leave a comment with your thoughts.

The credit union will be targeting college campuses with what it calls “a highly interactive guerrilla marketing experience, [providing] a blank canvas for Gen-Y to creatively speak their minds.”

The campaign kicks off with visits to colleges in Arkansas and Michigan, and will continue throughout the country this fall.

United Federal Credit Union has 80,338 members and $849 million in assets.