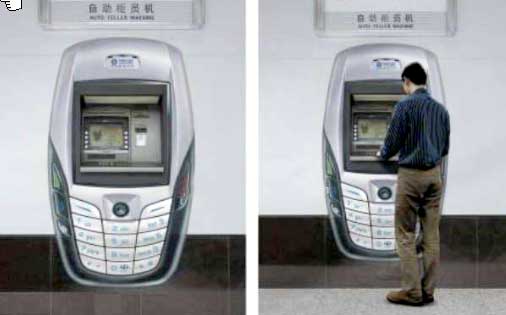 “The main reason I remain pro-branch is pretty simple. Branches and the bankers they house are the only real differentiators that banks have. The idea that thousands of banks can thrive by shedding their branches and shifting to purely online, or even predominantly online, operations is specious. “

My take: It’s ironic that the author would choose to use the word specious (superficially plausible, but actually wrong), because that’s exactly what his argument is: Wrong.

Why do we have bank branches? For a number of reasons, actually. One of those reasons is that, back when banking started to become a mainstream consumer service, the Internet and mobile technologies didn’t exist. So, in order to open an account, make transactions, and resolve service issues, banks had to have branches. Even though phones existed at the time that banking became a mainstream service, the three big activities–opening accounts, transacting on accounts, and getting service–could not be conducted over the phone.

Before the Internet and mobile technologies were created, banks decided to have branches to enable those face-to-face interactions. They could have rented space in a large department store, like (I assume) cosmetics companies do, or rent space in supermarkets (which, of course, many do), but because of the need to store and protect things like cash and customers’ valuables, having their own space (i.e, branches) was the way to go.

You might think that these last two reasons–that some transactions/interactions are better suited to face-to-face and that some consumers prefer face-to-face–would support the AB article author’s contention for the continued need for branches.

And that is exactly why the author of the article is so totally wrong about branches being differentiators: Because the Internet and mobile technologies can be substitutes for providing access to bank employees.

The point of the branch is not physical presence (although that has some value, and we’ll get to that in a minute). The point is access to people.

You might be thinking: “But, Snarketing Boy, online video chat in banking hasn’t taken off.”

That is true. But the primary factor deterring the adoption of video chat wasn’t technological–it was demographics. Until very recently, the banking consumer population has been dominated by Baby Boomers and Seniors who didn’t want to use these technologies as a substitute for branch face-to-face interactions. Gen Xers may have a been a bit more willing, but the relatively small size of that generation failed to move the needle on adoption.

With the emergence of Gen Yers as the new (or soon-to-be) predominant customer base, the use of technology as a mechanism to enable face-to-face transactions is not just a possibility, it’s a probability.

And in fact, with the maturing of mobile technologies, the opportunity to deliver an as good–or possibly even better–experience than can be delivered in the physical branch is here, or, at least, fast approaching.

So, from the perspective of providing customers access to bank employees, mobile apps can be the branch of the future.

But there is another purpose of a branch to consider here. It’s a purpose I can’t seem to get the branchophobes like Brett King to understand.

Brett is the King of compiling statistics that demonstrate the decline in branch transactions, and the increase in digital transactions. That’s all well and fine, but it doesn’t have anything to do with another benefit of a physical presence like a branch: The symbolic benefit.

For many consumers–primarily those over the age of 35–having a physical presence in a community is a signal that a bank is committed to serving the community, and that the bank is a legitimate organization, not some fly-by-night operation.

It’s hard to quantify the impact of this benefit, but I’d bet I could find some quantitative evidence to support this contention.

But here’s where things are changing, as well. For consumers under the age of 35, commitment and legitimacy is not necessarily conveyed by physical presence. Instead, for many Gen Yers, commitment to serving them, and organizational legitimacy, is demonstrated through the provisioning of mobile apps.

People want to have a relationship with other people. Technology is not an alternative to interacting with people. In fact, it can be an alternative–and potentially superior–way to enable “face-to-face” interaction. It’s not that Gen Yers don’t want to interact with people–it’s that they don’t see why they have to put down the video game and get off the couch, and leave the house in order to interact with other people.

In this context, mobile apps are the branch of the future.