Learn everything you need to know about how to quantify the impact of your CX investments in Financial Services. Download this comprehensive guide now.

Subscribe Now Get The Financial Brand Newsletter for FREE - Sign Up Now
Startup companies like Birchbox and Uber are winning the game of consumer marketing because of one single variable – they are marketing in the year that we actually live in. Unfortunately, too many financial marketers continue to promote messages in places where consumers are less likely to see it, hear it or feel it.

Birchbox, Uber and other disruptive startup companies are not only running the digital race, they are miles ahead of the majority of the banking industry and other traditional industries that are slow to position themselves for today’s digital communication realities. Just ask Gary Vaynerchuk, the Internet famous entrepreneur, author, speaker, blogger and investor who has helped Fortune 500 companies like GE, Pepsi and Mountain Dew find success by taking advantage of the new realities.

Vaynerchuk grew a massive audience for his wine business in the late 1990s by being an early adopter of digital media – he used email when competitors were still using fax machines, and purchased Google AdWords at a time when “wine” sold for only five cents. He has since launched the digital and social agency VaynerMedia, has become a New York Times and Wall Street Journal best-selling author, and was an early investor in brands like Twitter, Tumblr, Medium, Uber and Birchbox.

In a presentation to financial institution executives, Vaynerchuk challenged the banking industry to better understand consumer behaviors and, in turn, stop telling our stories in places where people are no longer there to hear it. Consumers fast-forward through TV commercials, would rather receive a text than a phone call, and sometimes only accidentally click a banner ad. Yet, the industry is still largely supporting decisions to use these channels to sell products and services.

Startup companies that have never used traditional advertising channels don’t need to unlearn the past. Just like Millennials, these firms were born digital. They have been brought up in the digital and social age, and are quick to not only learn how to leverage ‘new media’, but are willing to invent the next great way to use it.

Our social world gives these companies a voice that can be heard by all parts of the world, and with that, the opportunity to compete with industries that have tightly held on to consumers’ dollars for so many years.

Why It’s Great Being Birchbox

The startup Birchbox, for example, is a subscription service for women and men who pay $10-20 a month to receive a box of beauty and grooming samples every month, allowing customers to test new products before buying the larger quantities. As co-founder Katia Beauchamp shares, the start-up company offers a new kind of value proposition to their customers who want to be inspired to get out of their comfort zone and be exposed to new things.

With now over 800,000 subscribers and hundreds of millions of dollars in sales around the globe, Birchbox has built partnerships with leading makeup companies who advertise their product by paying to put their samples in the Birchboxes. For example, when samples from the makeup company Stila were sent to 7% of Birchbox’s subscribers, their eye shadow palette saw an 11.2% conversion of a sample to full-size purchase. This is more than 10 times the industry standard, and represents a new form of advertising that is replacing the traditional makeup print ad buried in a women’s magazine. 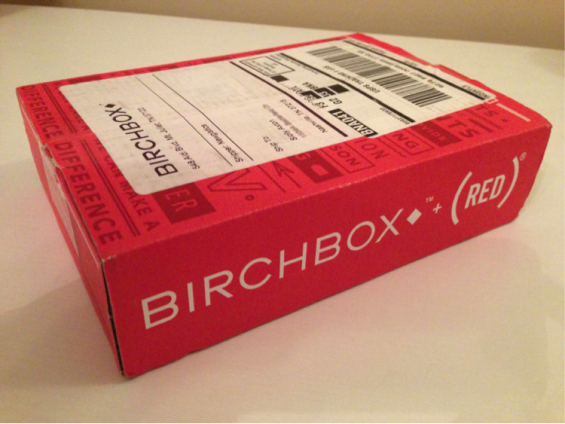 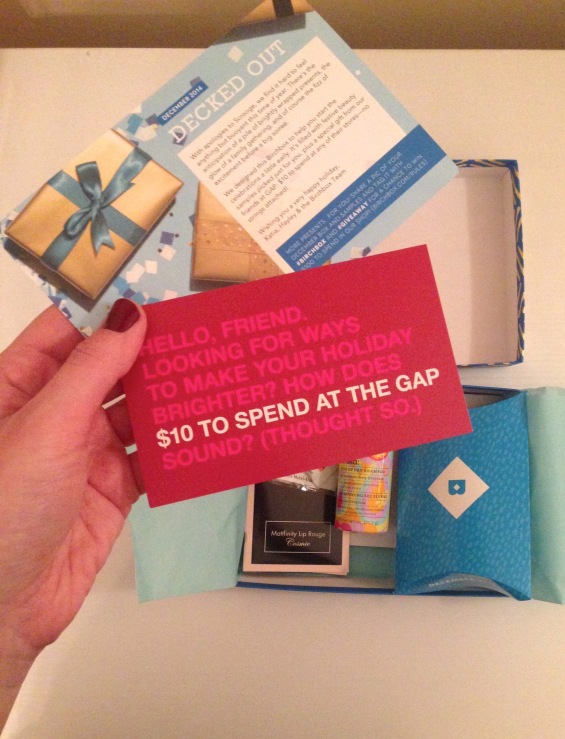 Even clothing companies like Gap are getting in on the advertising action, offering all Birchbox subscribers $10 to spend in Gap stores. The offer is strategically featured in email, social media and a ‘sneak peak’ video that is released every month as part of the Birchbox online magazine. With almost 50K YouTube Birchbox subscribers, monthly sneak peaks get more than 30,000 views. There are also tutorials, lifestyle guides and even gamification.

When Birchbox started in 2010, they didn’t have the advertising budget of a traditional beauty company like L’oreal. But because they smartly positioned their content in low-cost, online channels right where customers were listening, watching, communicating and learning, Birchbox had the digital advantage sought by much larger firms.

“We live in a streaming economy now,” said Vaynerchuk. “And we have to figure out how to tell our story using these channels.”

Now with 200k followers on Instagram, 135k followers on Twitter and over 1 million likes on Facebook, Birchbox continues to engage a community of consumers by not only bringing them new beauty products, but providing helpful content that gives advice, information and techniques to get the most of out each and every product. 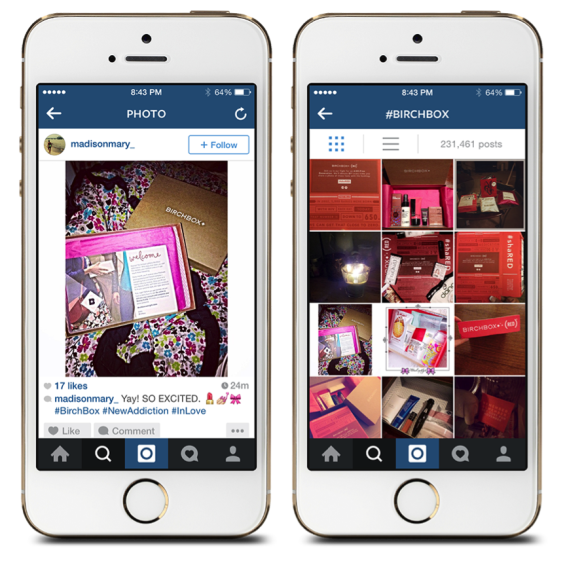 Like Birchbox, Uber is a major disruptor in its industry, and it’s disrupting fast. The mobile ride sharing company started in 2009 and is already predicted to reach a $10 billion annual run rate revenue by the end of 2015.

“Uber doesn’t sell transportation,” said Vaynerchuk. “Uber sells time.” They understand that it’s just easier to pay with your phone, without even getting it out of your bag.

Uber’s greatest draw is its time and convenience, but its greatest marketing tactic is its sharing feature. Not only are people sharing their cars to give rides to other people, more people are using Uber because the app is built to share with friends. Customers are given free rides as incentives to share their sign-up code. Each time that code is used by another person to activate an account, the new user is also granted a free ride. 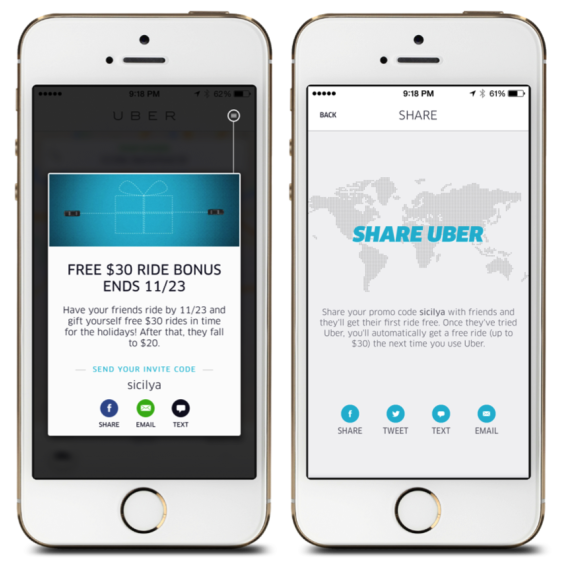 The collaborative economy we now live in is evident in every way that we share – ride sharing, social media, crowd funding, lodge rentals. And each time we use a shared product, we all expect the option to share that experience, no questions asked. This concept is even affecting human behavior, as the younger generation especially is moving away from gaining status based on the products that they own, but instead, gaining status from how they share.

Despite the success of Birchbox and Uber, it’s nearly impossible to find a mobile banking app that has built-in sharing features to facilitate word-of-mouth marketing. It is also almost impossible to find the variety of content and value proposition offered by Birchbox YouTube videos in the banking industry (sorry, downloads of banking commercials don’t count).

The question is … what’s holding the banking industry back from implementing some of these highly effective digital marketing strategies?

When Paths Get Traveled, Prices Go Up

Like Vaynerchuk, marketers of these types of startup companies are mastering digital tactics before the banking industry and the rest of old school corporate America figures them out. But once the masses better leverage tools like video content in emails, YouTube tutorials, and Snapchat, Instagram and Facebook marketing, open rates will start to go down and targeting costs will go up.

Facebook has a 91% accuracy rate of who you are because, thanks to social equity, you can’t skim years off your age or graduation date without everyone seeing you did it. And with Facebook “dark posts,” marketers can use this incredibly accurate data to target the right customers with creative content in their timelines.

“Seven months ago, reaching a 32 year old guy, who lived in Texas, who liked the Dallas Cowboys cost 29 cents to get in front of him,” said Vaynerchuk. “Now it costs $3. In 18 months, by the time you justified the ROI, it’s going to cost 18 dollars.”

While still an effective communication tool, email inboxes are also getting crowded. “In 1996, I had a 300,000 person email newsletter for my wine business that had 89.9% open rates and 67% click throughs,” said Vaynerchuk. According to MyEmma.com, the average email open rate is now 20%, and the average click-through rate is 5.9%.

“The real scary point is this – we’ve got 24, maybe 36 months before the numbers are so staggering in a direction, and it’s like running a marathon,” said Vaynerchuk. “You think you’re just going to be able to go there and jump in and be in play, but the problem is there’s too many other people building equity.”

It’s time for the banking industry to learn from companies outside of banking. The companies that are successful selling retail products as well as services. The firms that are using ‘new media’ in new ways. The start-ups that are using ‘old media’ (like direct mail) to compliment and supplement other channels for maximum impact.

Unfortunately for most banks and credit unions, the spoils will go to those firms who are agile enough to see a successful marketing trend and are bold enough to benefit from first mover’s advantage. These traits have not traditionally been the strong suit of the banking industry. 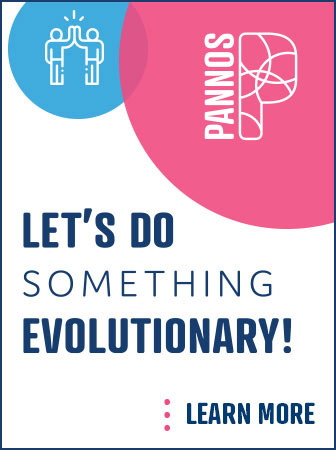