Once again, I’m late to the blogging party, following on the heels of (yet another) great post from NetBanker, this one about the news that PerkStreet will be closing its doors:

“My guess is they were done in by the problem that every financial startup faces: It’s really, really, really hard to get customers to send money to a web-based startup, especially when there is no immediate short-term gain. Also, while Perkstreet had a great consumer-advocacy positioning, “use debit, avoid credit,” that was a bit of a mis-match for the customers they were targeting, big-spending rewards junkies which could afford to park $5,000 at the startup. Most existing big spenders are fond of using credit card programs with similar rewards, so changing their behavior was a continual challenge.”

My take: The reality for financial start-ups is that while blazing a new trail through an uncharted forest, sometimes you run into a brick wall. You can cut down a tree, but you can’t cut down a brick wall. PerkStreet hit a brick wall. And the sign on the wall read “Caution: Consumer Apathy About Financial Services Ahead.”

Big-spending rewards junkies are typically over the age of 45, earn more than $100k a year, and have been with their preferred credit card issuer for a long enough period of time that switching their spending to not just another card, but from a credit card to a debit card, just wasn’t going to happen.

Instead, PerkStreet was targeting consumers who are fed up with traditional banks and bank accounts, and looking for an alternative. In other words, they were targeting the Debanked.

The Debanked are (relatively) young, and while they don’t earn as much as rewards junkies, that’s more a factor of age than anything else. The Debanked are a highly educated group of consumers. They might not be earning much today — but they’re likely to in the future (if the economy ever gets back on track, that is).

My theory for why the Debanked is small is that it boils down to Customer Apathy. We just don’t care that much about financial services to seek out and use new alternatives. We probably spend more time figuring out which restaurant to eat at on a Saturday night than what bank to do business with.

Take a look at this data from Distimo. Nearly 2,300 different game apps have cracked the Top 25 best selling paid apps. Only 30 financial apps have made that list. 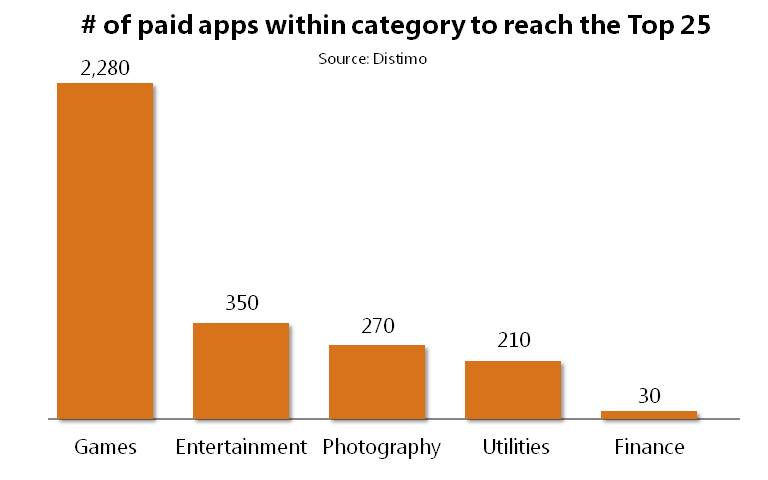 I’ve got another data point that highlights the problem start-ups have in the financial services space.

While the press (not to mention credit unions) love to point out how disillusioned people are with big banks — and how Gen Yers are going to change and disrupt everything, reality tells another story.

According to a recent Aite Group survey, nearly half of Gen Yers consider a large national bank to be their primary FI. That’s a higher percentage than any other generation. 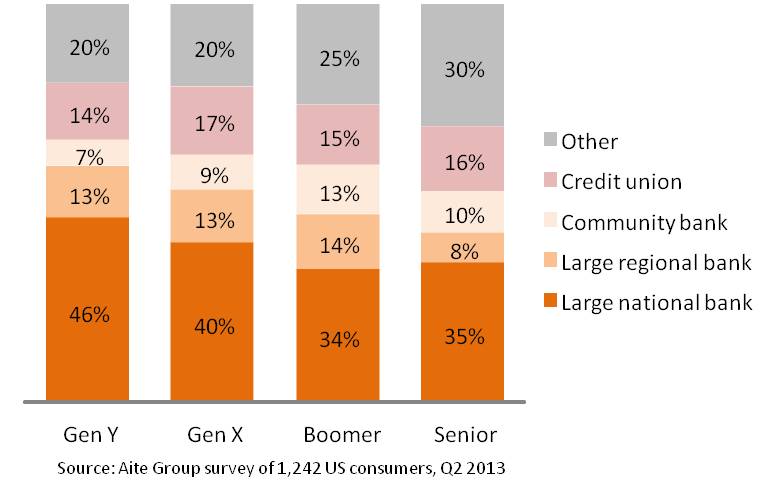 Just one in five Gen Yers — or Gen Xers, for that matter — consider some “other” type of FI (i.e. not a bank or credit union) their primary FI. For most of them, it’s a brokerage, advisor, credit card firm, or insurance firm that they name as their primary FI — not a start-up alternative.

The self-proclaimed disruptors in financial services would like us to believe that there are hordes of consumers chomping at the bit to leave the big, evil, mega-banks. It’s just not so. Why? Because people just don’t care that much about financial services.

So what’s the answer to the second question: What can we do to grow the Debanked segment?

I’ve got some ideas about that, but I think my boss would prefer that i not spill all my candy in the lobby.