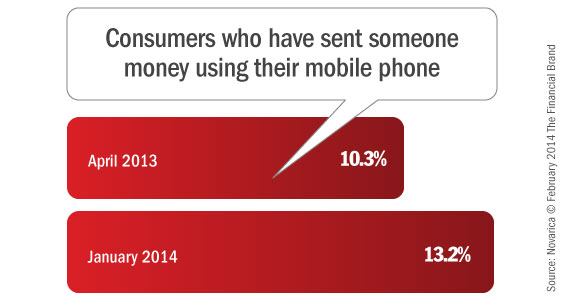 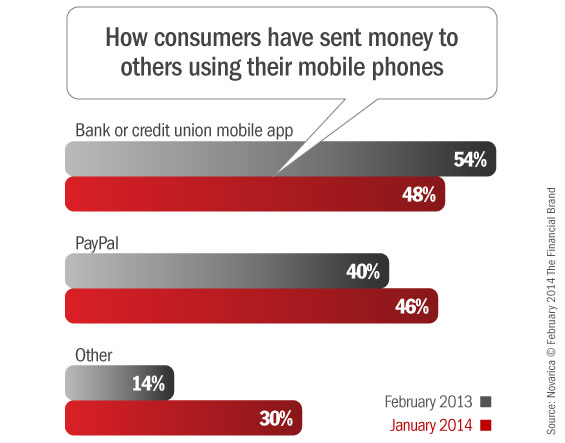 PayPal continues to reach into banks’ domain. More and more consumers are using PayPal for payments. Currently, PayPal is the dominant player in mobile retail payments, they’ve nearly caught up to banks in mobile P2P and they’re also gaining ground in mobile bill payments. Banks and credit unions should tremble at the thought of PayPal acquiring a firm with a neat mobile-centric consumer banking platform, like Simple or Moven.

New entrants are winning business. Another reason why banks and credit unions are losing ground in the mobile P2P space is pricing. Many institutions that offer P2P charge transaction fees. New players (e.g., Venmo), have been winning the young urban set with free mobile P2P payments.

The banking industry is losing its grip as the hub of consumers’ cash management. The mobile P2P payment space is an example where the industry as a whole hasn’t been aggressive enough and now non-traditional players are taking over. What’s next?

June 10, 2021 Editorial Update: As of mid-2021, Simple has shut down and will not resume operations, according to company statements.