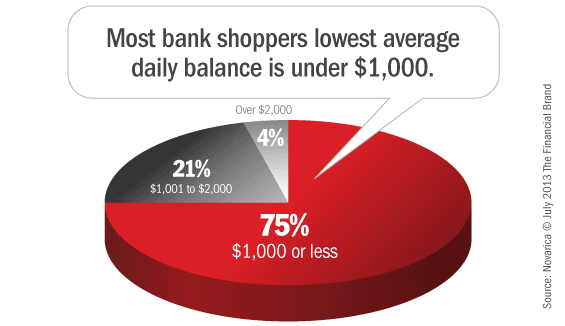 Heavy ATM usage also generates fees for banks and credit unions. Again, we find those with balances between $1001 and $2000 are more frequent ATM users and more likely to use foreign ATMs.

Clearly, many consumers don’t consider ATM and overdraft fees as much during the purchase process as monthly service fees. This is partly because people aren’t particularly realistic about their future behavior when making these decisions.