Mobile banking used to be a value-added service that differentiated one bank from another. Now mobile banking drives consumer demand.
Subscribe Now!

Banks and credit unions have raced to catch up with demand. In Q3 2010, fewer than 30% of the institutions listed on FindABetterBank offered a mobile banking app versus over 82% of institutions on the site today. 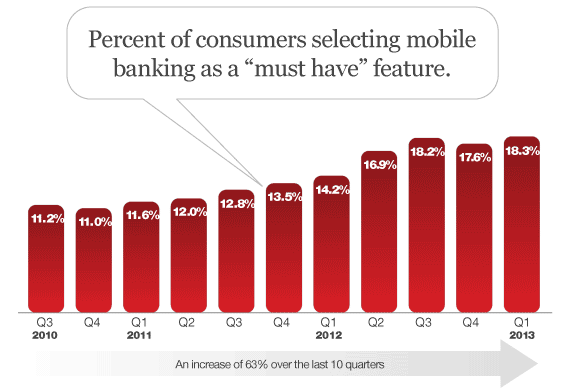