CUES has put together an excellent website with an exhaustive portfolio of winners from every one of 31 separate categories. You can even download the original entry form for each entry, including all the creative materials submitted. It’s quite impressive. Everything you could ever want to know is available.

This postcard from America’s Credit Union is one of the funniest things The Financial Brand has run across this year. The copy — all eight words of it — sends a brilliant combination of messages. First (and most importantly), it accomplishes the basic goal of announcing where the credit union’s new branch location opened — both on a macro-geographic level (at the Lakewood Walmart) and within the store itself. It also connotes a sense of personality that is decidedly refreshing in the financial space. The credit union has a humbly modest self-image; they are, after all, putting themselves on the same plane as diapers and pork rinds. It’s this lack of pretention that’s so funny, specifically because it reflects consumers’ true feelings about the commoditization of banking services: ”Get over it already. It’s just a stupid checking account.” 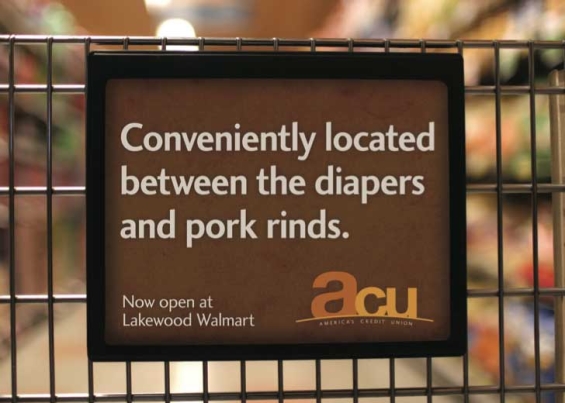 America’s Credit Union (ACU) has branches surrounding one of the largest military installations in the U.S. This coordinated campaign illustrates the creative power awaiting credit unions willing to target highly-focused audience segments. Everything about this campaign — copy, concept and execution — is fun. 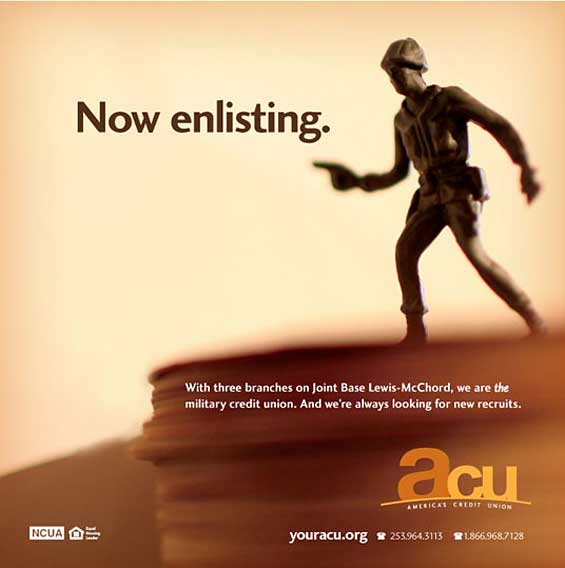 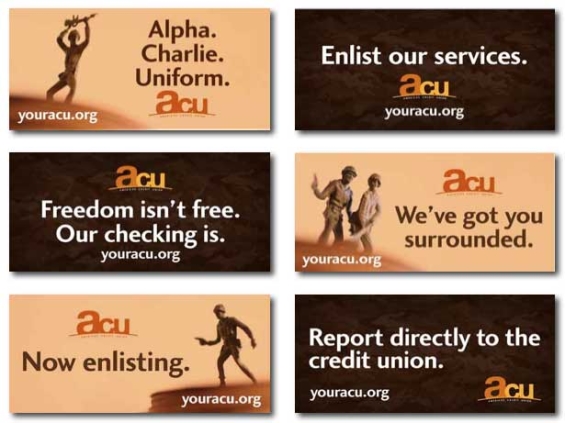 One of the more unique pieces of collateral you’ll see from a credit union — both in terms of content (it’s a package of vignettes with member stories) and design. The level of detail that went into this concept alone makes it worthy of an award. It’s as intricate as it is attractive. 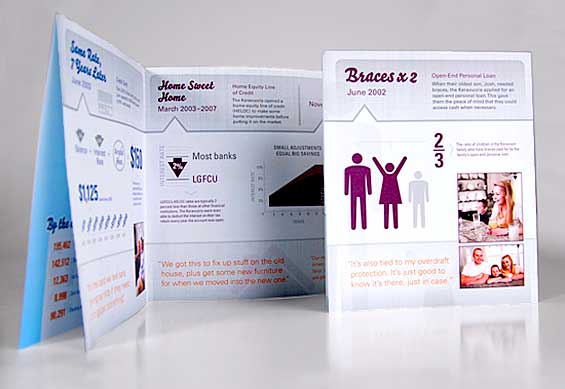 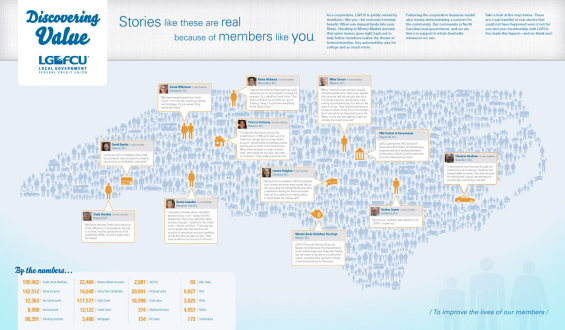 First Entertainment Credit Union, based in the center of Southern California’s film industry, serves the Hollywood crowd: actors, editors, boom operators, caterers and the like. This series of multi-dimensional point-of-sale displays shows how in-branch merchandising can be used to position and build the brand while cross-selling products and services. It’s also another excellent demonstration of how messages can be tailored when a credit union targets a specific niche. 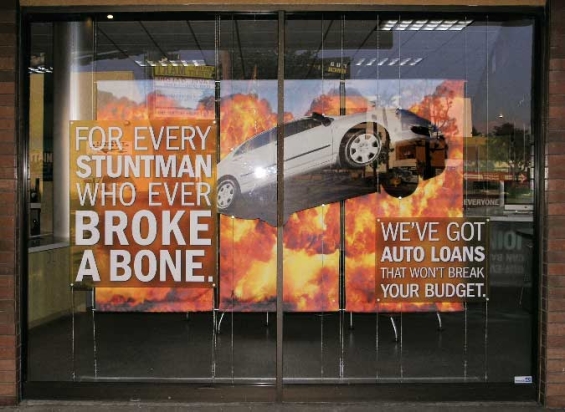 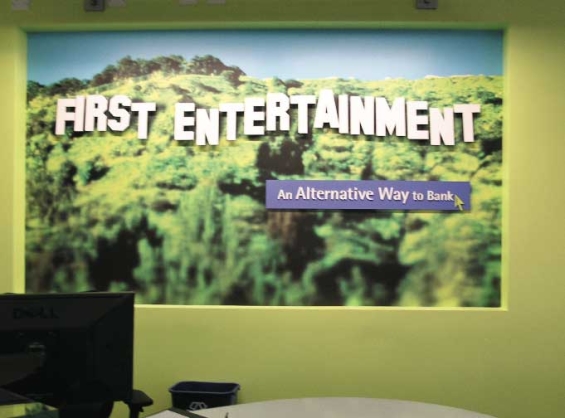 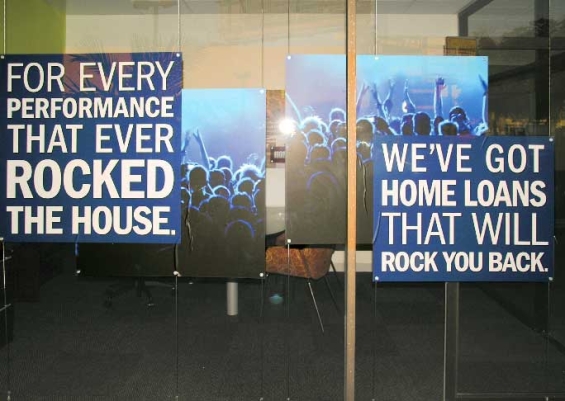 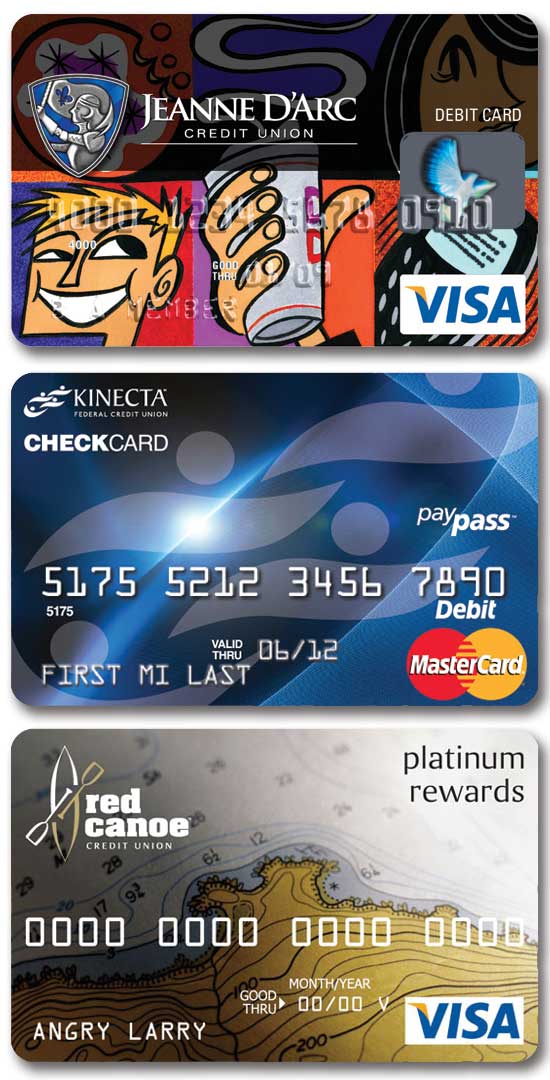 These entries won awards in the Newsletter category probably because they look nothing like the traditional, expected credit union newsletter. First Entertainment’s “The Show” (left) is a perennial favorite at awards shows, and one admired by The Financial Brand for years — it looks as good as Entertainment Weekly magazine, inside and out. City & County Credit Union’s “Member’s Connection” (right) uses a similar magazine-style approach. Both newsletters are published quarterly. 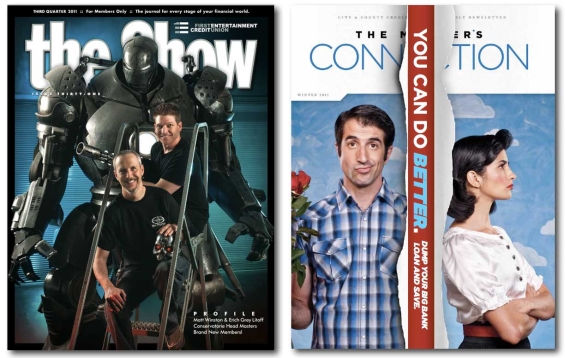 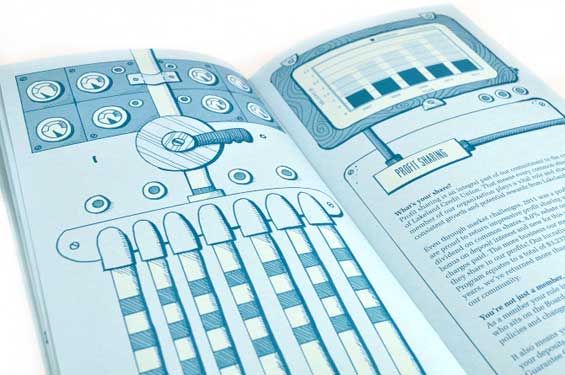 Community First put together this “Culture Book” so employees could learn more about the credit union’s brand. That they even have an internal brand book puts them ahead of competitors. 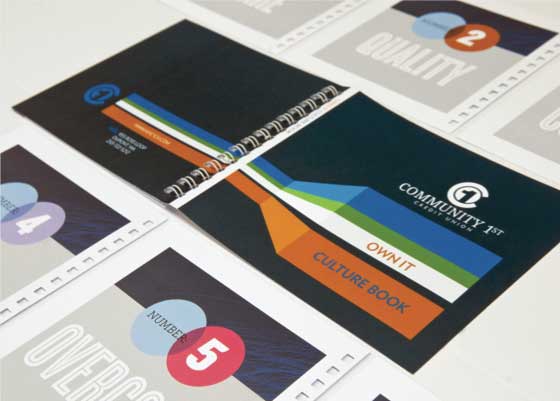 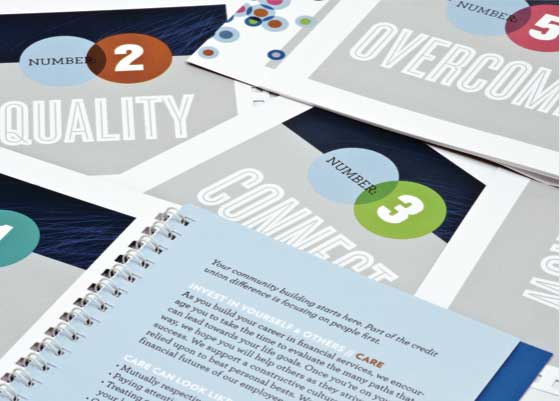 This mailer from Interior Savings Credit Union in Canada illustrates a critical principal in designing marketing: adding something “lumpy” inside the enclosure that recipients can feel. “What’s inside?” They have to open it. Indeed, there is nothing that will increase engagement rates with direct mailers more than adding mass and texture inside your envelopes. You can see open rates shoot above 50%. 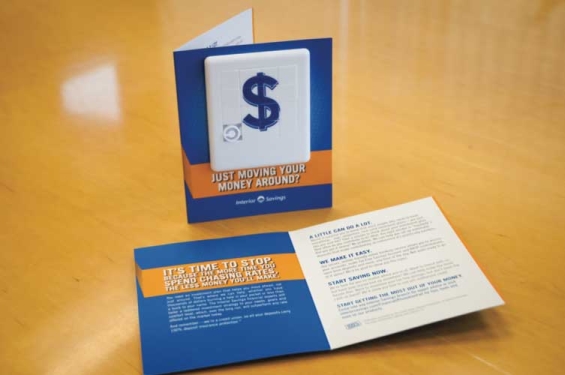 It gets harder and harder to find new ways to poke fun at bank fees. This coordinated switching campaign for Georgia United was honored with a CUES award for coming up with a new twist to a familiar meme. The travel/vacation theme was executed throughout the campaign, even on internal materials like the sales tracking form used by branch staff. 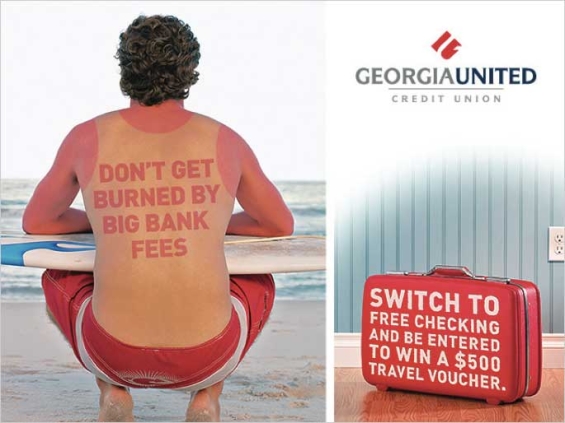 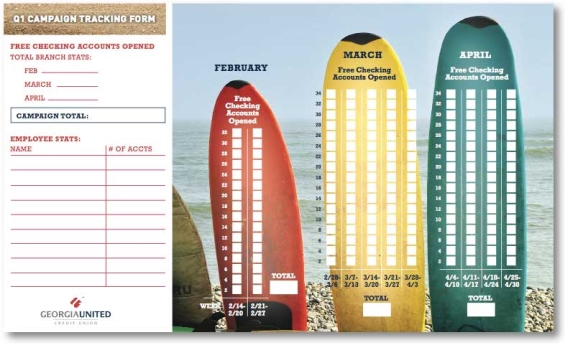 The custom campaign tracking form created for branch staff is a nice touch.

Free Checking is ‘Nothing’

To differentiate their free checking from the competition, Tulsa Federal Credit Union chose to label it as “Nothing Checking,” for which it was awarded CUES Pinnacle Award. The campaign focused on a humorous approach by weaving “nothing” into the messaging. The campaign kicked off with a series of teaser ads scattered throughout the local Sunday paper. That was followed with a broadcast package of four 30 second television and two 30 second radio spots. In branches, the message was reinforced with lobby posters, POS displays, brochures, t-shirts and buttons. 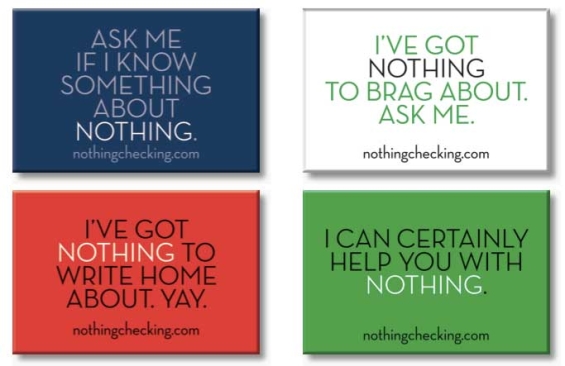 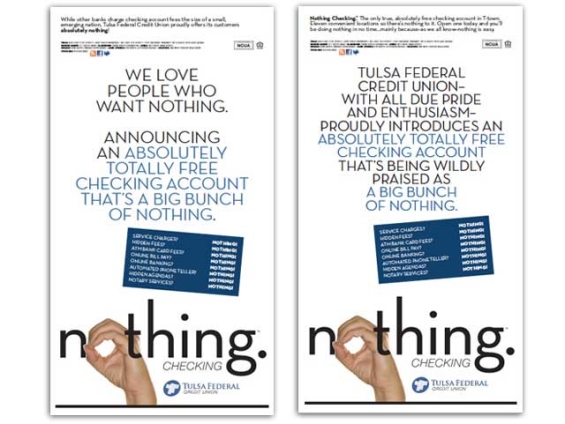 Notice the upside-down layout, where the body copy sits atop the ad’s headline.