Appetite for Banking in Social Channels

According to Cisco, the death of the branch has been greatly exaggerated. In the study, the most avid adopters of virtual channels — tech-savvy consumers — are also among the most frequent branch visitors. 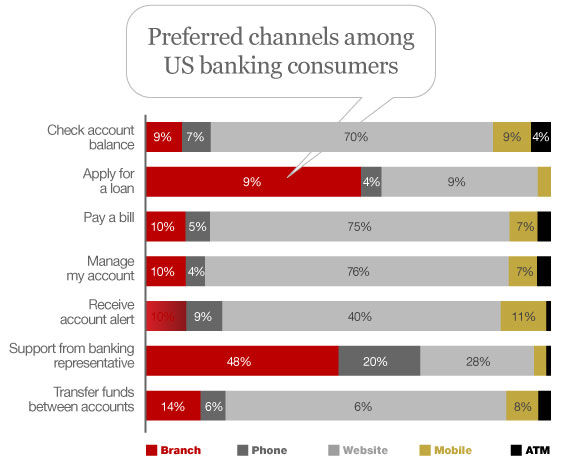 Cisco tested nine different potential future banking concepts to gauge consumer interest. (You can see the full list of all nine banking concepts on this page here.) Two showed the greatest potential. One was a brick-and-mortar specialty branch, the other was a purely virtual branch. Possible specialty services for an offline branch include financial education, notary services, tax preparation, various insurance products and realty services.

38% of respondents in North America expressed a high degree of interest in the virtual banking concept. According to the participants in Cisco’s study, the main obstacles that might prevent consumers to adopt a purely virtual branch include concerns about security of information (24%), the lack of a personal touch (21%), and potential difficulties using all-online channels to resolve customer service issues (16%). 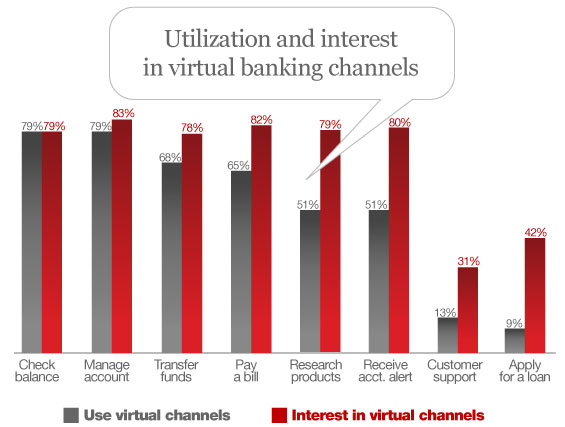 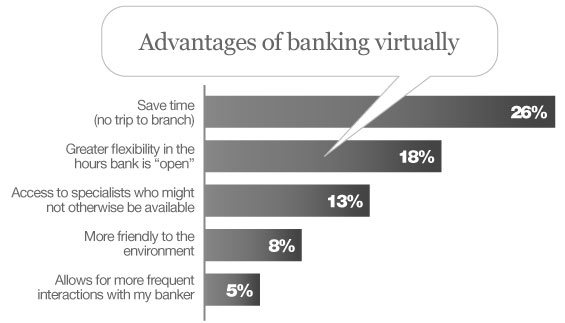 22% of respondents said they would switch financial institutions rather than adopt all-virtual channels if their bank eliminated branches.

Appetite for Banking in Social Channels

An overwhelming number of customers are reluctant to mix banking with social activities. Only 1% of consumers in developed countries and 8% in emerging markets indicated an interest in using social channels to conduct banking transactions. A key reason for their reluctance is concern about privacy and lack of control over personal information.

However, one in every two consumers expressed a high degree of interest in using social platforms (presumably Facebook) for person-to-person payments. 31% were intrigued by the idea of banks analyzing one’s social network as a factor in determining credit worthiness. 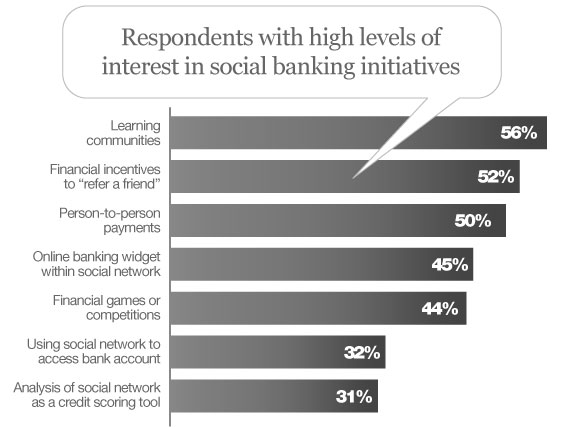 Mobile to Become the Dominant Channel

Cisco predicts that by 2014, mobile will overtake desktop computers as the primary access point in banking. The segment most strongly in favor of mobile banking is younger customers, with an average age of 33. While these respondents clearly have a preference for mobile banking, it’s important to note that they do not want it to replace other channels. They visit branches 2.6 times a month on average, compared to 2.3 times across all respondents, and are very supportive of using multiple services in an omnichannel environment.

The most interesting mobility features, according to respondents, are real-time expense tracking and money management (22%), remote deposit by taking a picture of a check (21%), and using the mobile phone as a payment mechanism (18%).

BMO has deployed a video banking solution (provided by Cisco) in 120 of its Canadian branches. RBS Citizens is testing a similar system in 17 of its branches. BofA has been toying with the technology in experimental concept stores since around 2010.

Significant concerns about privacy, security, and identity theft were prevalent among all consumers, and not just limited to banking. Cisco suggests banks could play a new role in the digital age, acting as infomediaries — a trusted steward of consumers’ online personal information (i.e., a secure data bank). 42% of consumers consider banks to be best qualified to act as stewards over their digital information, ahead of the government (19%), telcos (6%), and social media sites (4%).