Subscribe Now Get The Financial Brand's FREE Email Newsletter
How people shop for credit cards is changing as rates rise and prices of gasoline and other essentials skyrocket. Issuers respond with cutthroat pricing and innovative new rewards offers. Here are key examples.

The U.S. credit card business has been going through more changes than an actor shifting costumes during a one-person play.

The early days of the pandemic prompted a quick throttling down of marketing, followed by a shift to new and different rewards. Overlaying all that has been a growing role for bank-fintech partnerships and the rise of buy now, pay later services.

And now credit card issuers face an environment of rising rates plus inflation the likes of which many consumers — and bankers — have not seen before.

Directly in the spotlight are cards oriented to consumers’ rediscovered attention to interest rates, according to Andrew Davidson, SVP and Chief Insights Officer at Mintel, in an interview with The Financial Brand.

Consumers find themselves at the intersection of two trends. First, inflation is raising the prices of many goods and services, and therefore the dollars they may be putting on credit cards, even if their consumption remains the same as before. In addition, with the Federal Reserve raising rates aggressively now, this will ratchet up the index rates that issuers use to peg credit card rates.

Offers Go Back to the Future:

Low-rate offers were reined in during the pandemic and offered much more cautiously, but now the acquisition battle is back on — not back to pre-pandemic levels, but in that direction.

“We’ve been in a historically low-rate environment for years. But the dynamics of the market are shifting and rate is becoming more important,” says Davidson. “From a marketing perspective we’re seeing more of an emphasis on rate and more innovation around products designed help consumers with rates.”

As a result, Davidson says, a pivot in consumer priorities and issuer marketing has been taking place.

“Many people are focusing on credit,” and the relevant rates, rather than on rewards, says Davidson.

He qualifies this. “This is not to say we are going to see less marketing for cashback cards and travel rewards,” Davidson explains. “But during the pandemic we saw much less attention focused on low-rate cards, true revolving credit products. And attention is pivoting back to those types of products now.”

At the same time as consumers need more card credit, and issuers want to extend more credit, a window of opportunity has developed for both parties. “Rates are rising and one of the best things a consumer can do right now is consolidate their debt,” says Davidson. “This creates the opportunity to market balance transfers, personal loans and other types of financing that help with that.”

“So we are seeing a pivot towards plain vanilla non-rewards card products designed for revolvers,” he continues. 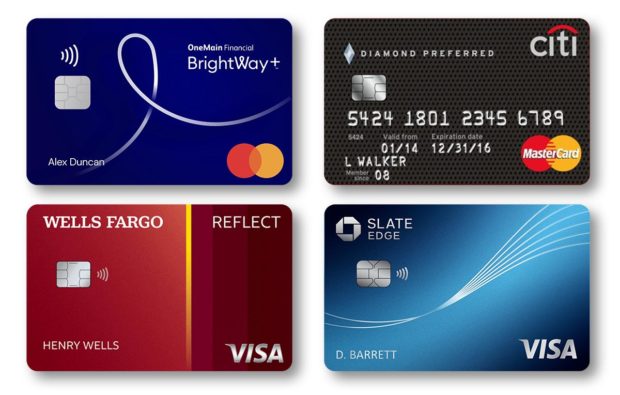 Among the cards being marketed in response to this pivot are the following, which also feature no annual fee:

How the Pursuit of Value is Influencing Card Marketing

While the rate environment has its effects, inflation creates an additional difficulty, according to Davidson. “The first thing that consumers do when they see rising prices is to cut back on non-essential items, and for issuers, the challenge is to demonstrate value.”

Value takes different forms for different consumers, of course. In some cases it’s a matter of increasing cashback rewards in key categories. For example, Chase has been offering 5% cashback on gasoline purchases for holders of its Chase Freedom Flex and Chase Freedom Unlimited cards for the first year people have their credit card.

“Fuel prices are certainly top of mind when it comes to inflation,” says Davidson. Such features may give way to others as they may become more relevant under current circumstances.

This has led to an expansion of the cashback menagerie.

“Years ago, every bank would have offered maybe one cashback product. Now everyone’s got two or three. And Capital One offers 13 cashback products. They’ve really segmented the market.”

In fact, Capital One offers such a selection that students alone have a choice of three cashback credit card plans.

“It wouldn’t surprise me if we see a lot more innovation in cashback,” says Davidson.

Innovations in Rewards Via Partnerships

One out-of-the-box rewards example that Davidson points to is the Paceline Card, which has the slogan, “the first credit card that rewards you for being active.” Currently the card offers 2.5% cashback on qualifying health and wellness purchases and 1.5% on other purchases. However, if the cardholder meets their “Paceline Streak” of physical workout activity for the week, that doubles the cashback percentages. Paceline is a health and wellness fintech that offers an app and provides the rewards, while the card is issued by Evolve Bank & Trust, a banking as a service provider. (An annual fee of $60 applies.) 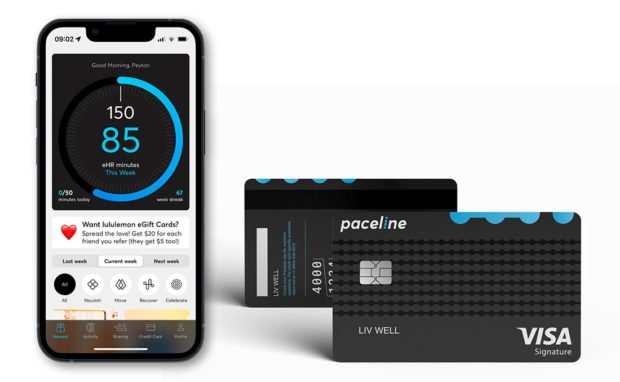 The card also permits users to buy an Apple Watch, one of the devices the app pairs with, and pay it off in a year by earning points through activity and keeping their card account in good standing, up to a value of $429.

A strong value play is the Bilt Mastercard, launched in mid-2021 by Kairos HQ, a fintech and healthtech, in partnership with Mastercard. Wells Fargo, initially an investor, became the card’s official issuer in spring 2022.

Bilt gives points for rental payments charged on the card. Initially offered only by invitation, the card is being marketed widely since Wells Fargo became the issuer.

There are multiple levels of points with the Bilt card, depending on the type of spending. Rental payments earn points $1=1 point. All points can be converted into certain other points programs, but can also be used towards rental payments or a downpayment on a home.

The Wells-Kairos arrangement could be a potential model for others going forward, according to Davidson, for fintechs whose size limits them but which could scale their ideas with a large banking partner.

An unusual pairing is in the Bread Cashback American Express Credit Card. This is offered by a partnership of American Express and Bread Financial. The latter is the new name of Alliance Data, which made its name as parent of Comenity Capital Bank, the issuer behind many white-label branded cards. Many of the brands were initially mall-based retailers.

The card offers 2% unlimited cashback on all purchase categories with no annual fee. In addition it offers a selection of lifestyle benefits, including some American Express account services.

The credit card expands the Bread brand beyond the company’s BNPL effort (originally a separate company) and its Bread Savings direct bank account. Davidson says it is too early to tell what direction the new card will take — an addition to the company’s main private label business or a major new direction for a company that’s historically been behind the scenes.

Inflation represents a new factor for many consumers, to whom the idea of a depreciating currency is unfamiliar. But the market is providing a potential solution to those who are already concerned about this. 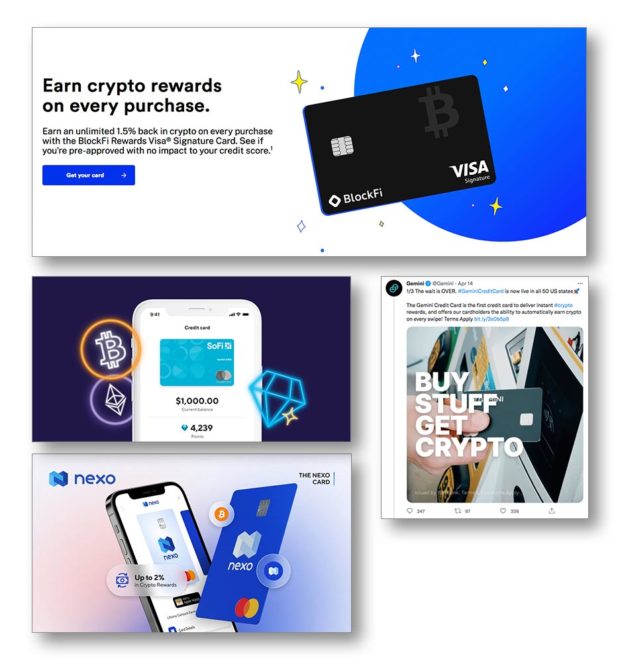 “At a time when the value of a dollar is shrinking because of inflation, you can see that for a segment of consumers, it might be more appealing to have something that is tied to other types of assets like cryptocurrency or stocks,” says Davidson.

Several companies are offering rewards in the form of cryptocurrency, rather than cashback. Some examples: