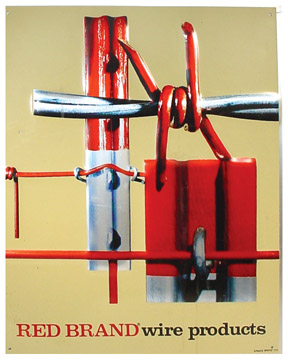 Around 1925, Keystone introduced its first “Red Brand” fence. In a display of modern marketing savvy, a Keystone employee dipped the tops of Keystone wire and fence posts in red paint, making the new Red Brand products instantly recognizable on farms all over America. Today, Keystone still tops off these products with a coat of red paint – even the barbs on coils of barbed-wire.

Bottom Line: This credit union will never need to change names. Over 50 years ago, it picked a progressive name (even by today’s standards) that makes an engaging connection to the credit union’s history and heritage.

Tip of the hat to you Mr. Sommer, for your creativity and courage.