The social media powerhouse is close to bringing to market a digital wallet that could disrupt banking globally. With nearly three billion pre-authenticated potential users and a ready-to-go stablecoin product, it could quickly reach massive scale.

Facebook took a big step toward launching its long-delayed digital wallet. The company’s head of financial services said in mid-August that the tech giant is ready to switch on its Novi wallet and believes it can address the concerns of all regulatory bodies.

As the pandemic further digitized financial services, there is an urgent need for cheaper, interoperable and more accessible digital payments, said David Marcus, Head of the Financial Services Unit at Facebook.

“Novi is ready to come to market. It’s regulated, and we’re confident in our operational ability to exceed the high standards of compliance that will be demanded of us,” said Marcus.

A Scaled-Back Wallet With Potential for Big Scale

Novi is a digital wallet that will use its own crypto payment system, called Diem. It is rooted in Libra, Facebook’s first blockchain-based payment system that was shelved amidst regulatory scrutiny when it was announced in June 2019. At the time, regulators and central bankers were worried it would undermine sovereign currencies and enable money laundering. The original digital wallet paired with the Libra cryptocurrency was called Calibra. It was rebranded as Novi, in mid 2020. 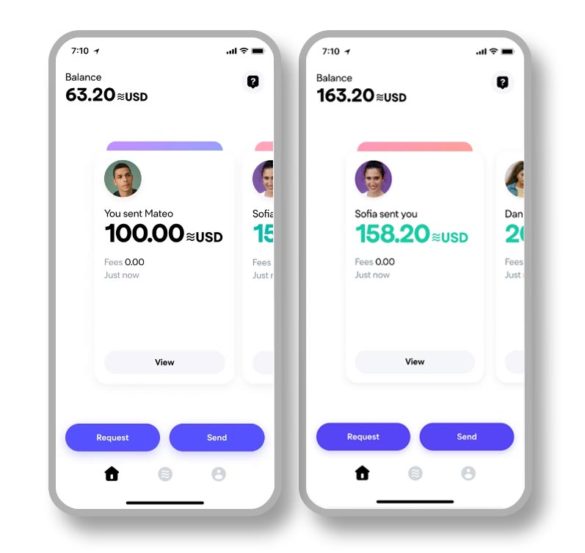 But Facebook says things are different now. Novi is a scaled-back project and overseen by an outside non-profit group, the Diem Association, seeking the necessary government approvals. Novi will enable users to add money to their wallets which will then be converted into a Diem digital currency that can be sent to others or used to make purchases.

As some predicted, Facebook didn’t give up on its mobile wallet. Now with a U.S. bank partner, it’s ready to rock and roll.

Under the original plan the value of the Libra coin was to be set against an assortment of more stable global currencies, with a single Libra being worth roughly the same as a dollar. Novi, as spelled out by Marcus, is a stablecoin pegged just to the U.S. dollar. (Unlike Bitcoin, where the price fluctuates, a stablecoin stays at the rate of the currency it’s pegged to.)

Mobile wallets are hardly a novelty anymore, but Facebook has three billion users around the globe and the potential to drive things on a scale that could spur mass adoption. The fact the tech giant already has money transmitter licenses in nearly every state and brings billions of “pre-authenticated KYC” users to the table is a huge development, Richard Crone, CEO of Crone Consulting, tells The Financial Brand.

“They are ready to go,” says Crone. “They can launch here with Diem USD and then eventually roll out new payment systems in 160 other countries. It’s a huge move for the broader financial services market.”

In a detailed post on Medium, David Marcus wrote that it’s “time to change our broken payments infrastructure” because existing systems are costly, slow and not interconnected. He points to 1.7 billion unbanked people around the world, including 62 million Americans, who are left behind in the current system and “stuck in the cash economy.”

On average, legacy payment systems cost consumers 6.5% with end-to-end settlement times that can span three days, Marcus maintains. As the pandemic accelerated the shift to digital and the transfer of money around the globe, the need for such a wallet is even greater, he said.

Sure, Facebook ultimately cares about itself and its shareholders. But the fact that it now brings Novi to the market with such an important social benefit may make it even more enticing to regulators around the world. “What could be more meaningful from that standpoint? says Crone. “Facebook can say every life matters and we’re going to give them access to the financial system.”

Digging Into the Novi Details

Facebook is already a big player in the payments space. Facebook Payments has supported more than $100 billion in transactions over the past year and is used in more than 150 counties with 55 currencies, Marcus said.

But Novi is different because it brings banking in-house with a whole new system. The Diem Association, through its subsidiary, Diem Networks U.S. announced in May 2021 that Silvergate Bank, a California state-chartered bank, would become the exclusive issuer of the Diem USD stable coin and will manage the Diem USD reserve. Silvergate specializes in serving the digital currency industry. Parallel in announcing the partnership with Silvergate, Diem announced it would simplify its plans by shifting operations from Switzerland to the United States.

“We are committed to a payment system that is safe for consumers and businesses, makes payments faster and cheaper and takes advantage of blockchain technology to bring the benefits of the financial system to more people around the world,” said Stuard Leve, CEO of Diem, in the May announcement.

The potential game-changer with Novi is Facebook’s ecosystem of 90 million businesses and 3 billion pre-authenticated consumers.

While supporting P2P payments would already be a ground-breaking development, the real game-changer would be merchant adoption of the Novi wallet within the Facebook ecosystem. Facebook would instantly open the door to more than 90 million businesses across its platform that could accept US Diem and ignite the usage of the currency and crypto in general. “With pre-authenticated users, it will build a whole enrolled user base that cross pollinates everything else that Facebook owns. It sets the stage with a foundation for a super app,” says Crone.

Even as Facebook now has the product, infrastructure and ambition to bring Novi to market, hurdles remain. First is an uncooperative banking industry, other than Silvergate. it’s understandable that the industry fears and hates the idea of Facebook digging deeper into financial services. It’s possible the digital wallet and new payment system could lay the groundwork for a future where Facebook offers loans, deposit accounts, and more. The company also announced in August that it was teaming up with an online lending firm in India to provide small business loans.

Second, regulators are not only skeptical of Facebook but also of stablecoins. The President’s Working Group on Financial Markets, a team of watchdogs led by Treasury Secretary Janet Yellen, expressed concerns that stablecoins are too big and are often used to facilitate illegal transactions.

Still, David Marcus believes Facebook can alleviate many of regulators’ concerns. He says a using a stablecoin backed one-to-one in cash reserves offers stronger consumer protections and provides quicker access to funds than traditional bank accounts. Marcus says it’s also a misconception that digital assets are anonymous, and when configured in the right way, digital wallets put customer due diligence at the center of the approach.

It also doesn’t hurt that the tech giant brings Novi to market with a mission to cater to the unbanked. In fact, Facebook says it will initially not charge for person-to-person payments (even across borders) and doesn’t currently have a plan to monetize Novi.

“We will continue to persevere and demonstrate we can be a trusted player in this industry — and one that’s bringing positive change by being in it,” said Marcus.