In 2008, one of Canada’s larger credit unions, South Interlake in Manitoba, decided to change names and become Sunova. Why? The credit union wanted to make the organization “a little brighter with a different name and fresh, new look.” In the two years since rebranding as Sunova, the credit union’s assets have swelled from $480 million to over $600 million — a compounded average growth rate of around 12% annually.

This wasn’t the first time the credit union changed names. It started as The Stonewall Credit Union Society in 1955, then became South Interlake in 1968 following a merger with Teulon Credit Union.

The Sunova name was created from the words “sun” and “nova,” reflecting how the credit union sees itself today: a vibrant, innovative and friendly financial institution.

“We feel the name change really represents who we are,” Sunova marketing manager Vanessa Foster said in an interview in the Lac du Bonnet Leader. “‘Sun’ identifies the warmth of friendly staff while ‘Nova’ represents the company’s rebirth.”

“We wanted it to be short and sweet but we also felt the name should mean more than a combination of letters,” Foster explained.

“The circular symbol in our logo reflects a number of different interpretations of our name — sun, constant movement and star,” Foster said. “Feelings of warmth, friendliness, innovation and endless opportunities all come to mind.”

“Sun” and “nova” — words evoking beaches and warm weather — may seem like a strange choice for a credit union in Canada, but Sunova wanted a name that captured its brand personality and not its geography. Chevy’s Nova is notoriously celebrated as a major renaming faux pas after rumors spread that “nova” meant “no go” in Spanish. This modern myth has survived through the years, even though it isn’t true.

Meet Takoda. She’s Sunova’s official “Director of Greetings” (D.O.G). The Saint Bernard, has held the extremely unique position as four-legged greeter since 2006. She is a fulltime “employee” at one of the credit union’s branches, with responsibilities that include greeting members, sleeping, playing with kids, sleeping and occasionally providing some moments of comic relief.

“We have to admit, she does spend a fair bit of time sleeping on the job!” the credit union says.

Takoda, which means “friend for all” in Sioux, joined the team as part of a marketing effort to draw attention to the credit union. “We’re always looking for ways to be different here,” Foster told the Credit Union Journal in an interview. “We thought that having a dog in here would be unique.”

“We didn’t want a dog that you typically see on the street,” Foster said. “We wanted a larger dog that’s friendly, outgoing and good with strangers and children.”

“We have many people who come in regularly just to see the dog,” Sunova CEO Edward Bergen told the Winnipeg Free Press.

Sunova currently has 23,000 members, 10 branches and upwards of $600 million in assets. But the credit union has big plans, starting with an expansion strategy that involves doubling the credit union’s branch network by 2020.

“We plan to build one branch every year in Winnipeg for the next 10 years,” Bergen said.

The credit union just announced it’s building its first branch in Winnipeg, with another nine more on the way.

Sunova has recently started deploying “pod” style banking, where people are greeted by an associate when they walk through the door, then taken to a teller pod to conduct transactions.

Sunova says it developed its “unique, new brand identity to better reflect who we are and what we’re all about.”

“It is simply an approach to make our organization a little brighter with a different name and fresh new look,” the credit union said. 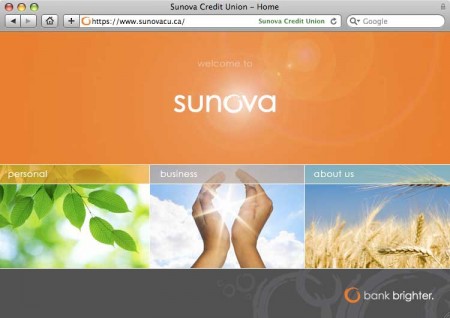 SUNOVA SHOP
The credit union partnered with Clear eTail to create an online e-Store. The shop is exclusively for members, so only they know what schwag, garb and other goodies lurk within. 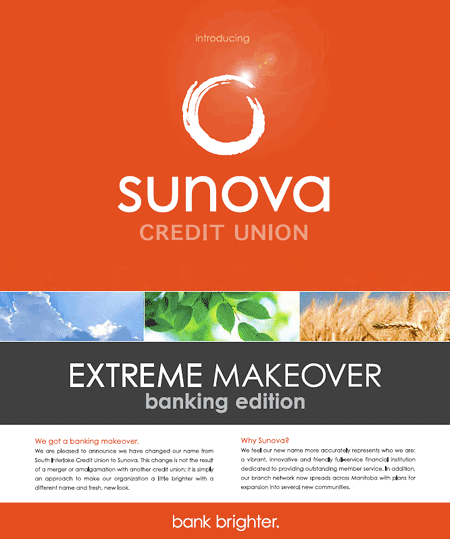 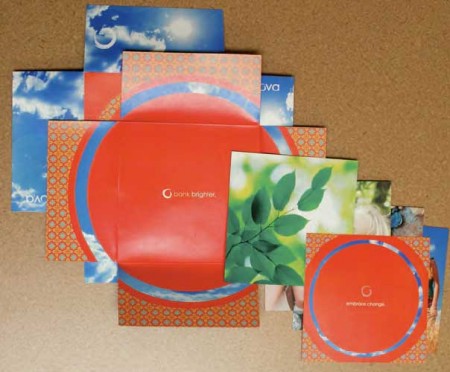 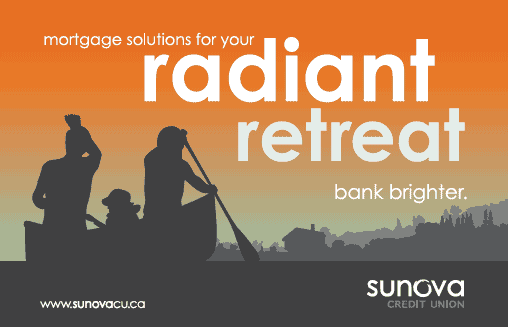 You can download a PDF of this name change brochure for Sunova. 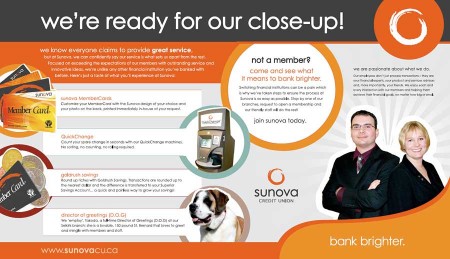